Joe Baldacchino -Lovely dog. Great Stud. I do however, have a little tidbit to boast about. My bitch, Friendly Native, raced against him twice @ Wenty and beat him both times.
I’ll get off my soapbox now😆
Howard Gray– And what a real character his trainer the late Tom Patterson was as well as a top conditioner..I remember the sign he had on his acreage/kennels just outside Ipswich that went something like “I patrol this property with my shotgun 5 nights a week…You guess what nights”. Reckon it would have had the desired effect with the fence jumpers. We went to Tom’s funeral and the hundreds of greyhound folk that attended were testament to the respect he was held within the sport.
Ken Gill– Howard Gray I was at Albion for his first start if I remember right he won but was a no race
Howard Gray– Ken Gill Before my Queensland stint Kenny. I did win a Toowoomba Winter Cup with one of Worthy Reward’s sons Proven Kiwi beating a quality field while I was up there though, does that count? 😉 What was that good dog you were training for Jan Jones I t… See more
Ken Gill– Howard Gray belle dejour
Ken Gill- Howard Gray in the month of April she won over 600 mtrs backed up the next week and won over 520 Mtrs then won gold cup cons over 720 Mtrs first dog to win over all three distances
Jeff Collerson– Until Worthy Reward came along and became a successful sire while standing at Sam Cauchi’s at Calga, breeders shunned stayers when looking for stud dogs. Worthy Reward changed all that.
Dawn Garrett– Jeff Collerson yes I can’t understand why people don’t like using stayers
Jenny N Graeme Barnett– Jeff, Worthy Reward gave us one of the best staying litters back in the 90’s, Thoma Di association cup winner was one of them
David Meiers– I was at Toowoomba when he broke 2 track records 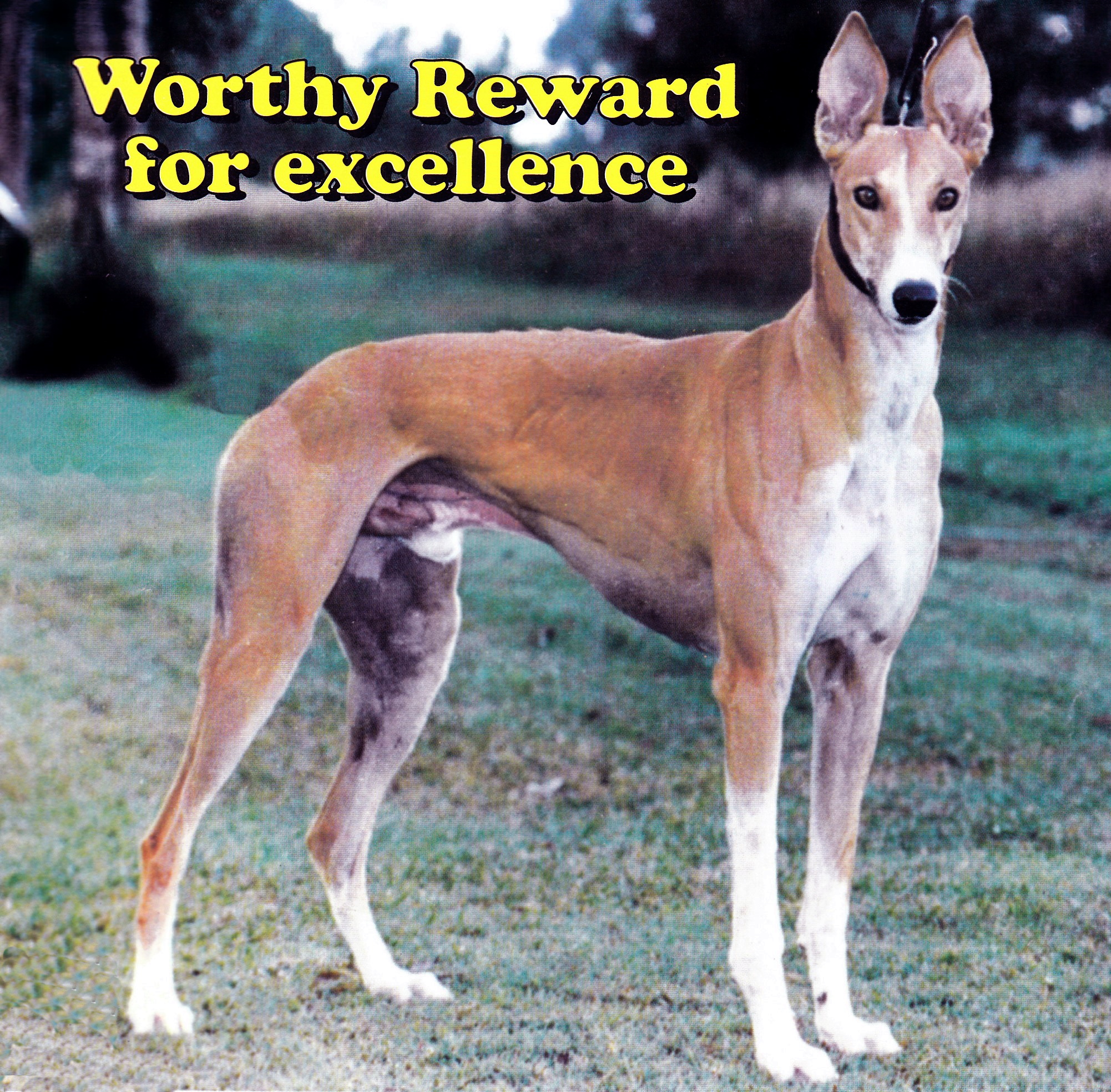 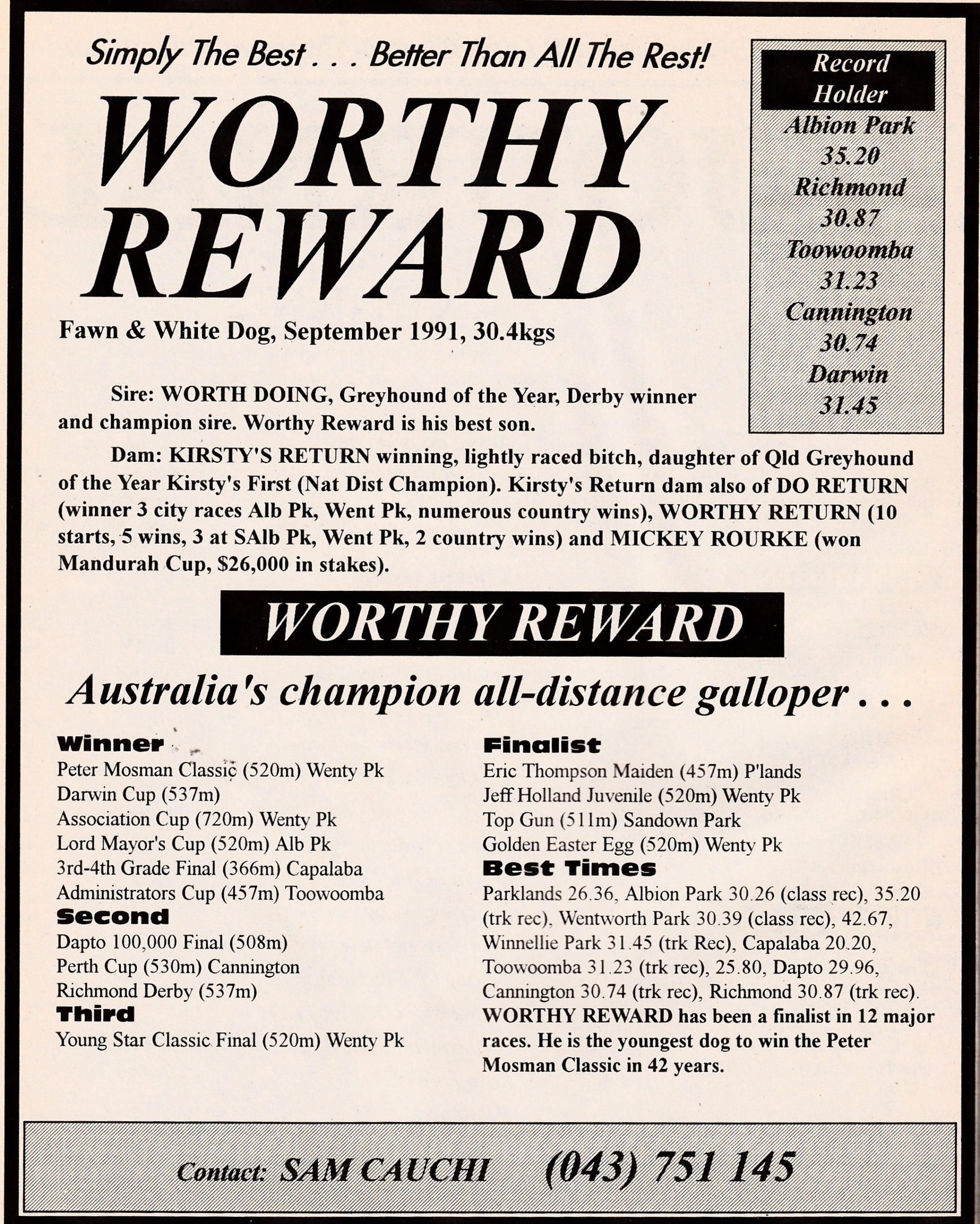