I have wondered for years why outstanding sprinter Yannick turned up at Shepparton on the 26th of November 1987. He was drawn in a mixed stake over 440 metres and won by 12 lengths in 24.87. The track record had been set in October that year by Nan’s Pal at 24.73. Diamond Life finished second and Thorgil Frizza third. Considering he started 1/3 it wasn’t a punting project. He had finished third in the National Derby that year behind Sly Sultan and went on to finished unplaced in the 1988 Australian Cup as a 10/9 fav behind Golden Blessing. In June of 1988 he won the Tweed Heads Galaxy from box one as a 4/5 fav. Orange to Shepparton?

James Fitch – He started as a maiden in the derby series….good dog
Richard Thompson– Pringle breed ,very fast dog
Larry Alfred– I named one of my sons after this fellow . I leaned over and looked at him in the wash bay , at the Australian cup and was just stunned by his looks . Beautiful animal. Son named Yannick Tom Valenti.
Richard Thompson– Larry Alfred Good one
Peter Dawson– How many maidens did he win?
Roxy Farrell-Peter Dawson I remember the double paper scandal around that time , they were flying dogs all over the state and winning maidens with performed dogs
Lindsay Outram– Yannick Tom valenti one of the best jockeys in Perth other than William pike. 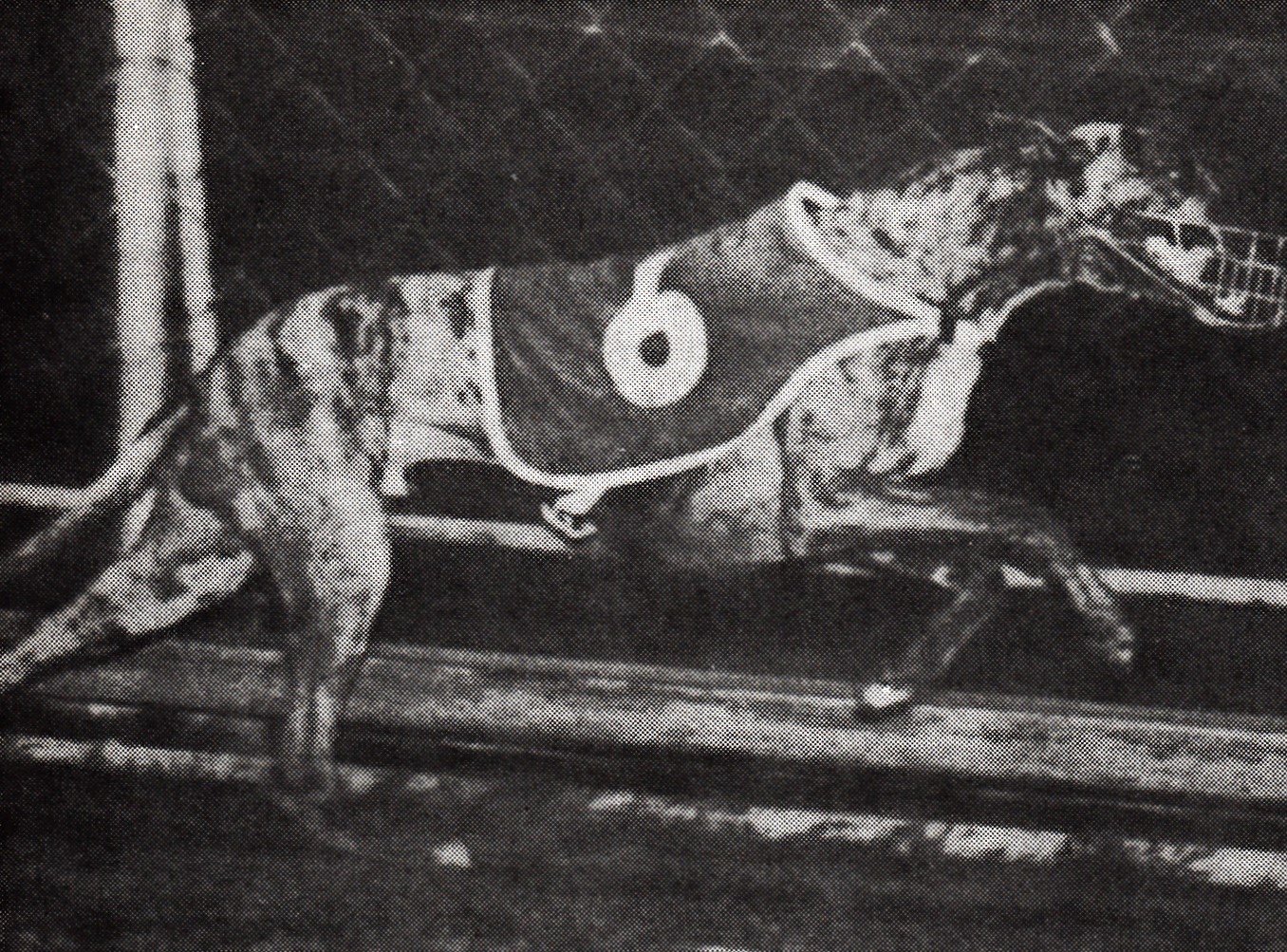