The occasion was the 100th Centenary Dinner held at the Old Melbourne Motor Inn in September 1973. 400 guests from around Australia attended the event sponsored by the Victoria Coursing Club. The Centenary Waterloo Cup had been held at Geelong Racecourse. Here the Governor of Victoria His excellency Major -General Sir Rohan Delacombe is presenting the Cup to Sil Rishworth after his greyhound Gadoni had won the event. The other pic is the 12th President of the National Coursing Association of Victoria Mr Silvester Doyle welcoming all to the dinner. 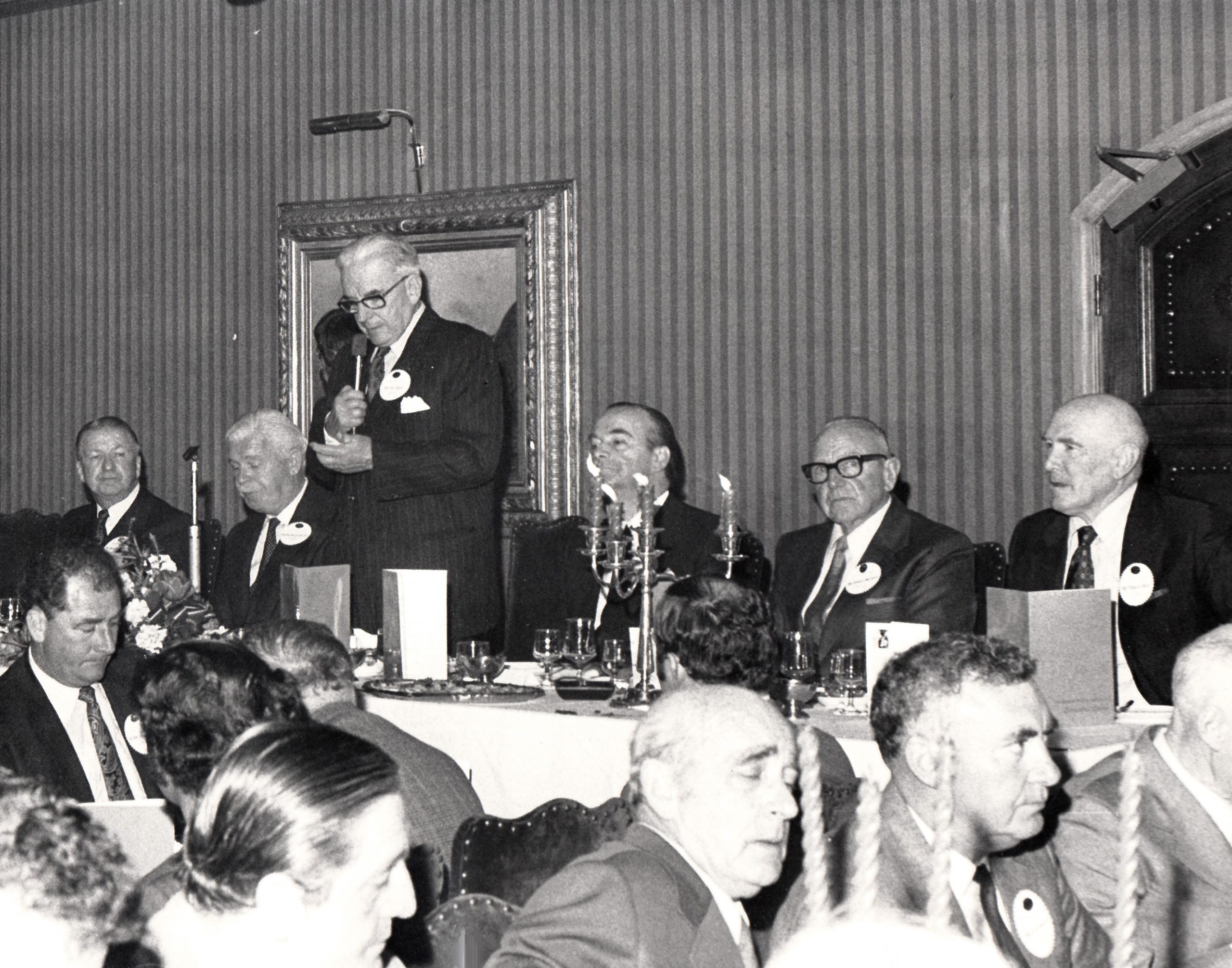 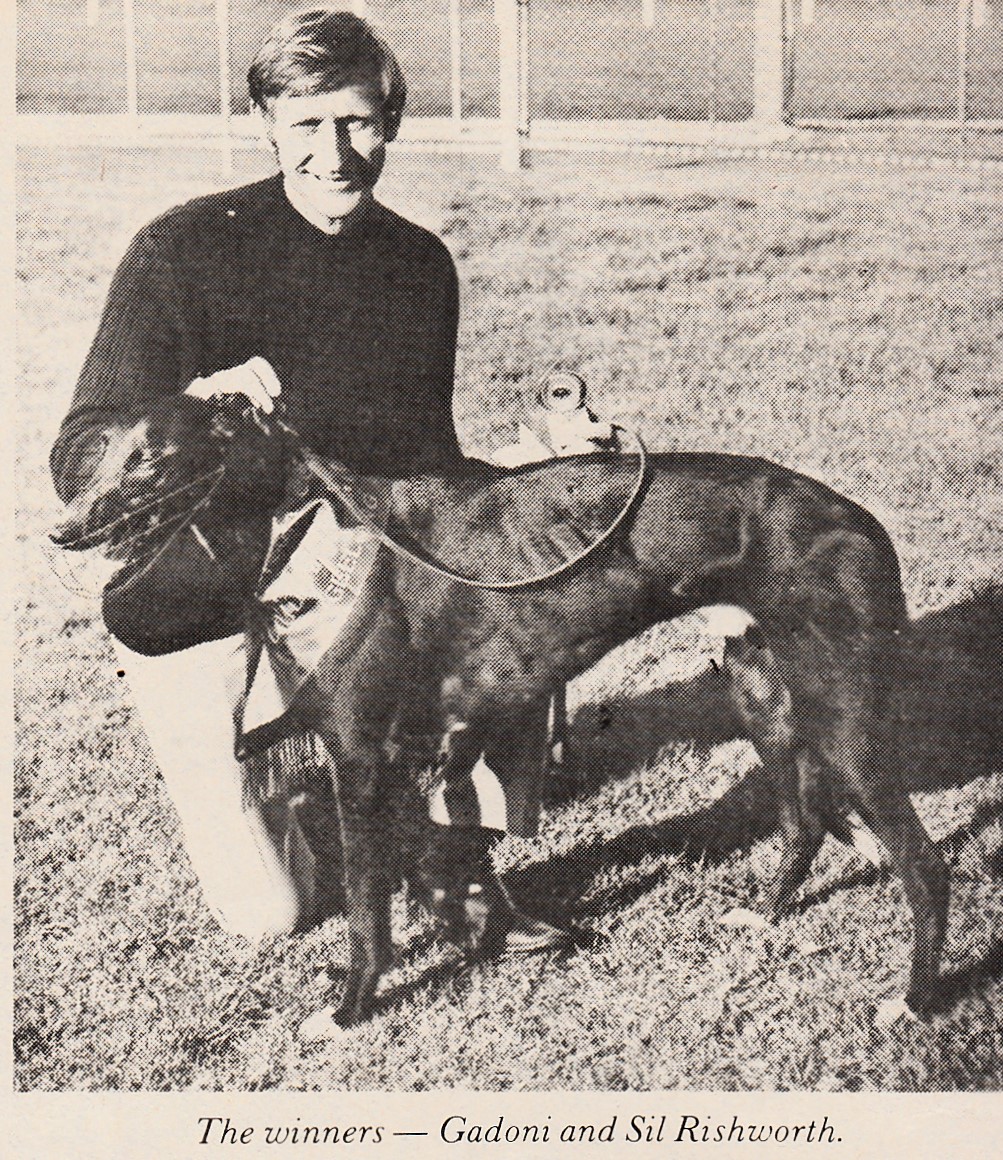 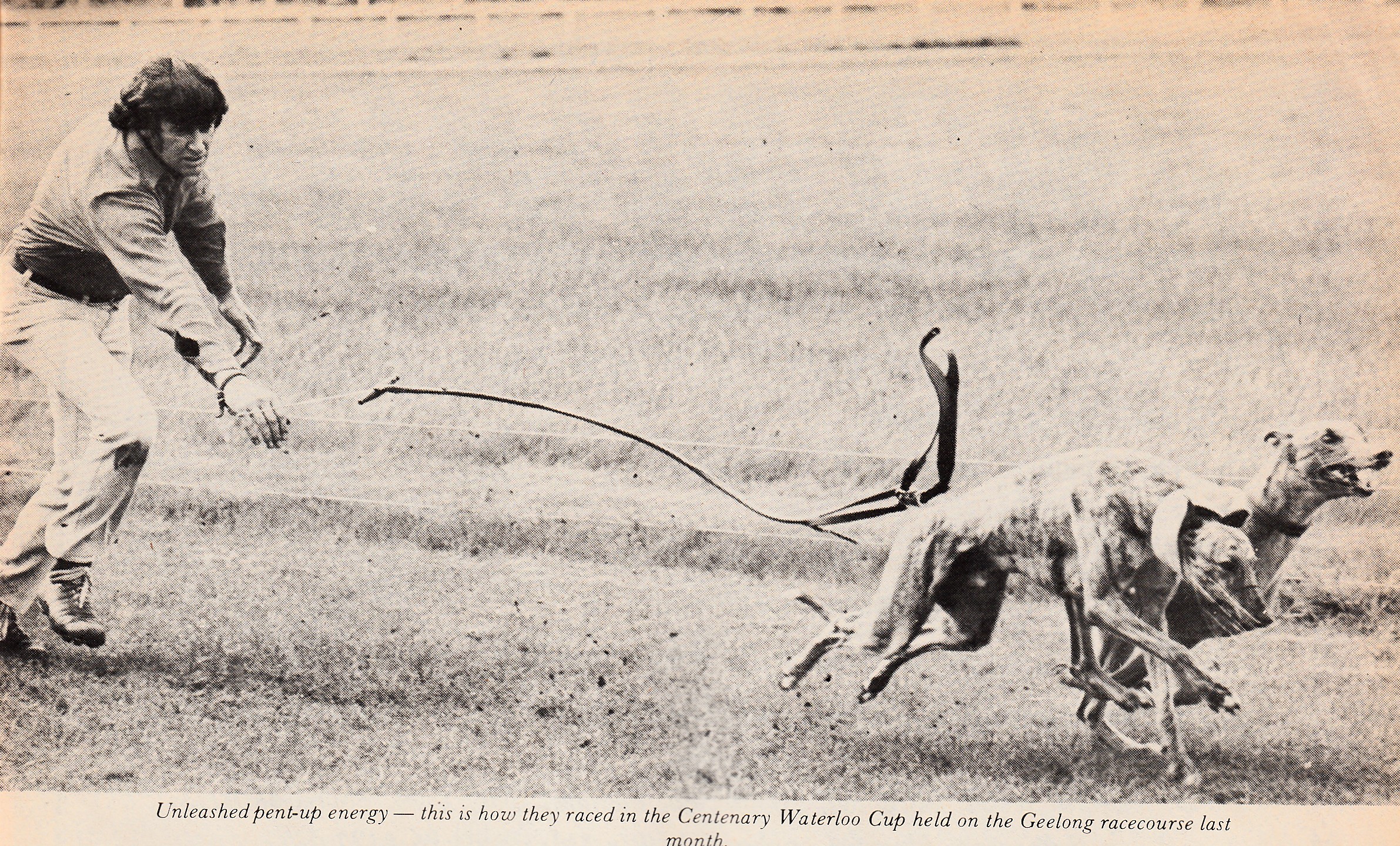