Wayne New from the Mornington Peninsula sent me these photos of a unique Leather Muzzle from the 1920. His 90-year-old Mum gave it to him for a keep’s sake. It was a training device and I take it not used in races. You can see it has sections stitched in where pieces of lead were placed. Wayne’s Grandfather Henry New, better known as “Harry” trained greyhounds in that era around the Footscray area where they lived. So, he no doubt raced at Napier Park and Maribyrnong. Wayne’s late father told him many stories about his younger day’s trackside with his grandfather when the Punt was king. 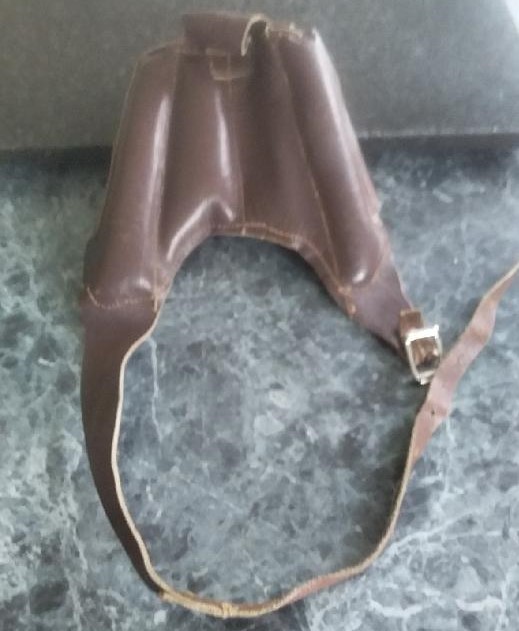 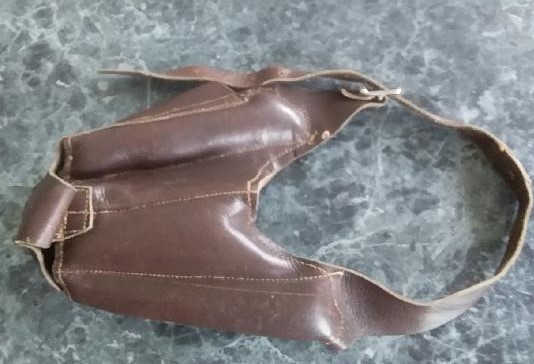