1971 National Sprint final at Wentworth Park to King Miller. Owner-trainer Ray Balk with Wimbleton Champ Evonne Goolagong. In the background Henry Harrison and Mrs Ned Bailey. King Miller started 11/2 won by a neck in the three-way photo from Milo’s Charm 7/2 and Top Saba 10/1. The race was marred went the boxes failed to open for the first time ever since the track opened in 1939. 7/4 fav Shapely Escort broke down and finished 7th.
I won a race at Sandown in a Damsels Dash grade 5 one night in 1990 when the boxes failed to open. Camona Lady could only run about 450 but she got so far in front this night they couldn’t catch her. I think a few were still stunned from hitting their heads on the lids. Bill McNally had the fav Affidavit started even money. Affidavit was the dam of Easter Egg winner Bahama Image. 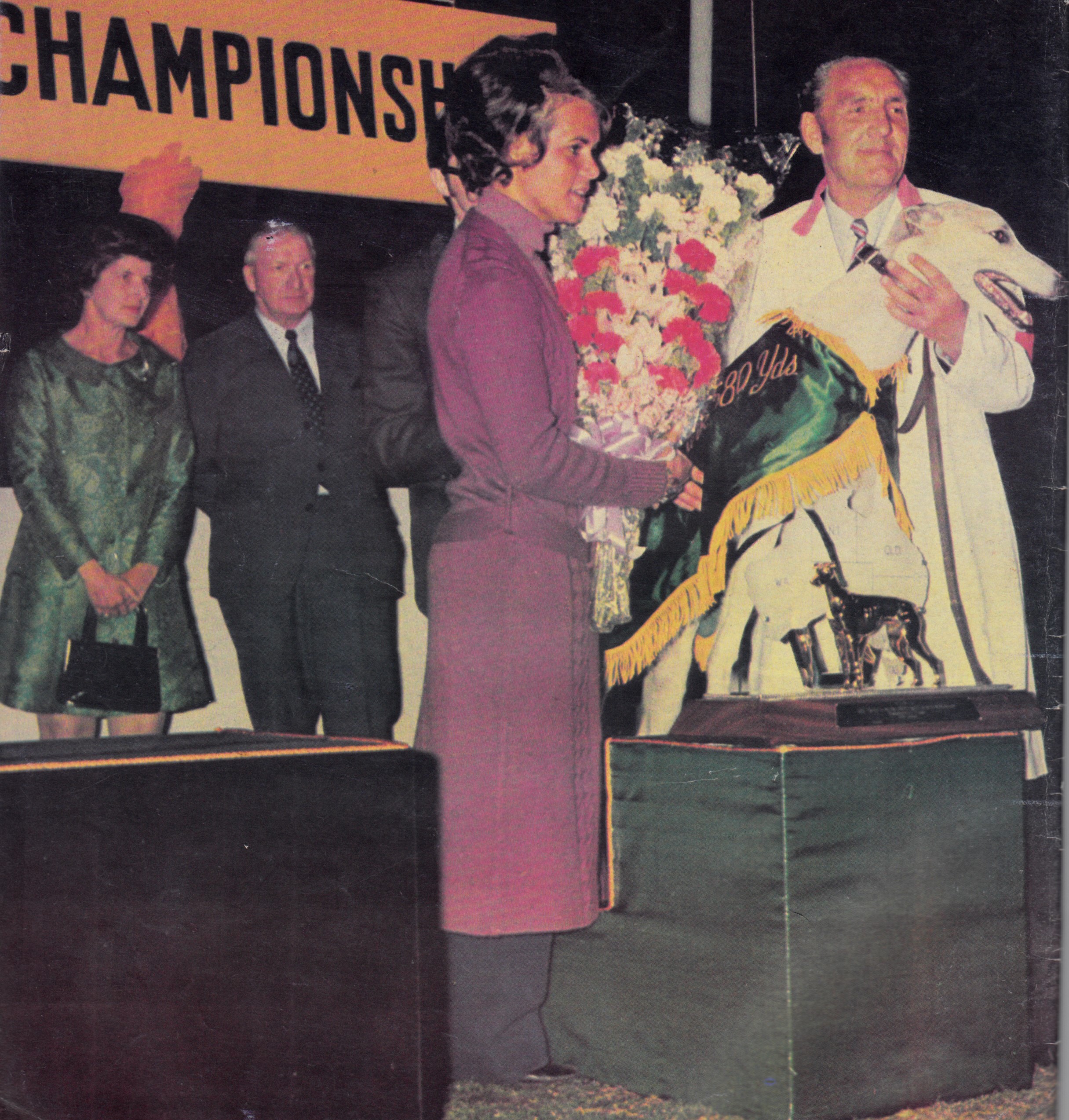 Jeff Collerson – Shapely Escort was better at Harold Park. She beat Tara Flash in a 457m match race there.
Kerry Chalker– Jeff Collerson always remember the story that Shapely Escort was the runt of the litter -didn’t worry the trainer that bought her-funny all the do’s&dont’s when you buy a pup
Jeff Collerson– Kerry Chalker Spot on mate. If I had a $100 for every story i’d written on the weed of the litter turning out the besr I’d be a multi
Ian Rose– Jeff Collerson little mother NZ greatest ever was half the size of her littermates
Jeff Collerson– Ian Rose Little Mother was raced by my great friend Barbara Spackman. Little Mother produced My Little Mate Richmond record holder’
Ian Rose– Jeff Collerson she also won at least 7 group ones and two greyhound of the year awards, Litter won over half a million $ and I never kept any
Sandro Bechini– Ian Rose didn’t she win over $300k herself in nz
Jeff Holland– Ray Balk was a Moss Vale regular, always had a nice dog, and was a really nice guy. He was a very close to race-caller Gary Clark, and his dad Reg.
Jeff Collerson– Jeff Holland Yes lovely bloke Ray Balk