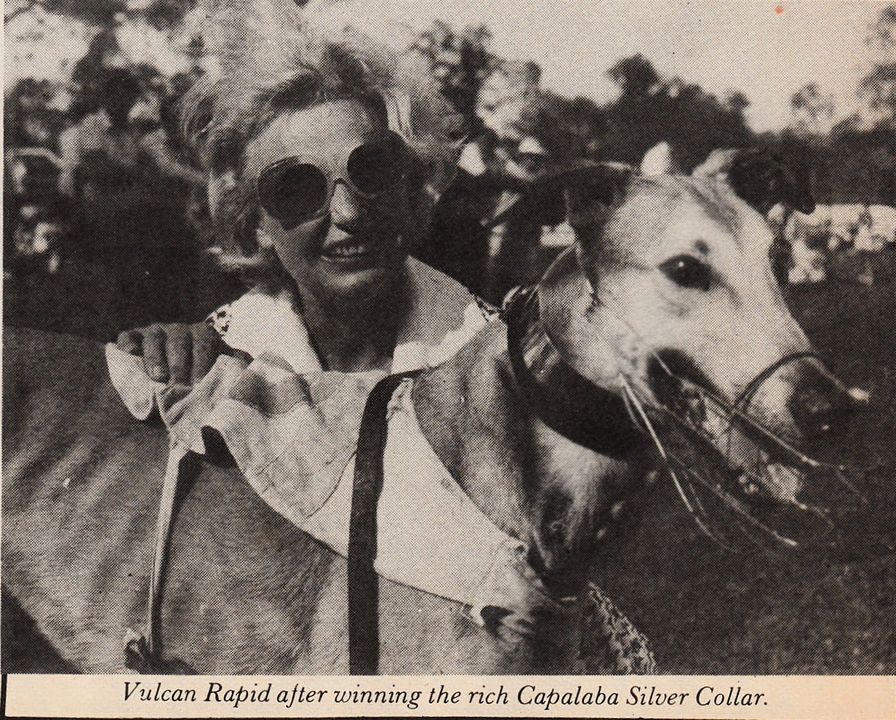 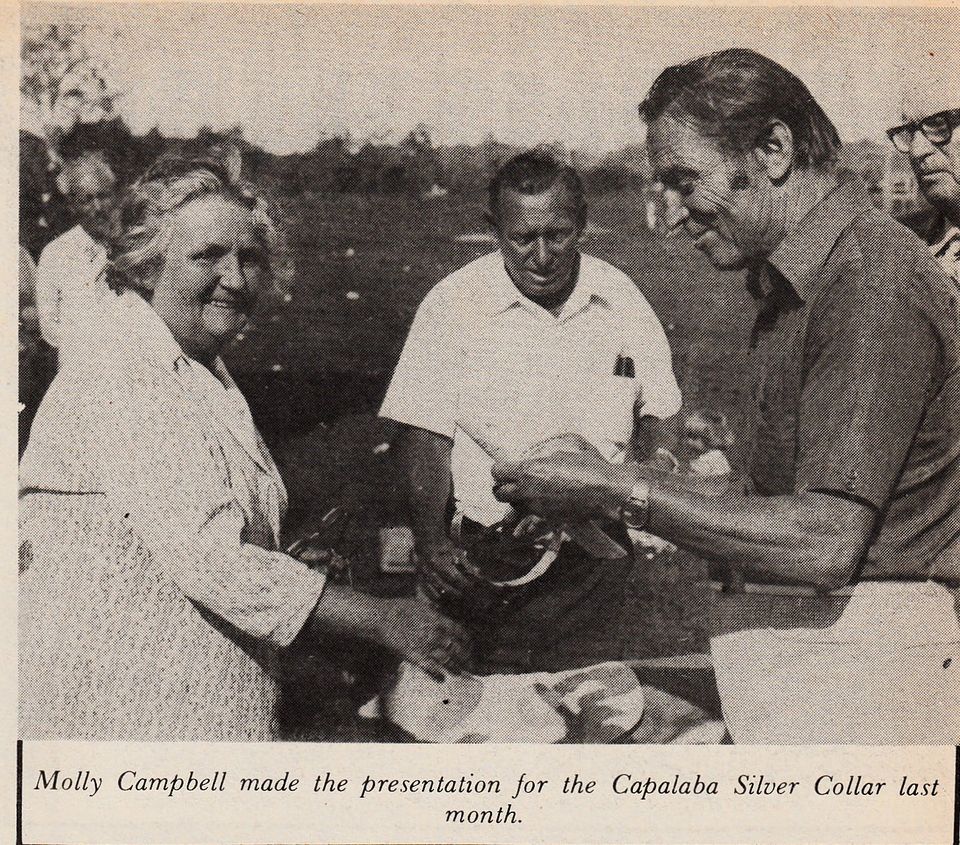 Susie Harris – This is my grandmother Molly Campbell. The Silver Collar is the predecessor to The Molly Campbell Memorial Silver Dollars, which my Dad started for his mum, Molly. We still supply the trophy of Silver Dollars each year, just as we do the Col Harris Gold Sovereign at Ipswich for my uncle Colin, Dad’s brother. Our family put on many trophy races all over Queensland and have had a trophy race at every single track, past and present, in Queensland and Tweed Heads. We also ran the Queensland Greyhound Form Guide fir 32 years, supplying Queensland with its very first ever form guide. Molly created the idea of it and started it in her front room, with all four of her sons helping in the creation and supply of it. I worked there for 9 years myself and have continued the family tradition of owning and training greyhounds.

Susie Harris – you are most welcome. I have a fair few photos from both the Silver Collar days (which started as a Maiden Bitches race, by the way!) as well as the Collar itself, that was engraved each year with the new winner’s name. I also have many of the photos from the Silver Dollars including the very first one, which was the only one to not be a memorial race as my Grandmother was still alive that year, but died the following July, a few months before the next one, so Memorial was added to the title. Molly started the Form Guide in 1967. We also had a newspaper and various magazines and journals over the years, especially from our premises at Stanley Street, East Brisbane, right next to the Aussie Nash (Australian National) pub, just down the road from the Gabba. My Dad’s grandfather had a dog in the very first meeting in Sydney back in the 1920s, having come from a greyhound family in Staffordshire and Yorkshire where they had dogs racing in the 1890s and coursing prior to that, all the way back to Shropshire in the late 1700s and Ireland in the 1600s on Molly’s side. So we are probably one of the only families in Australia who can say they have had an unbroken line of trainers dating back to the start of racing in Australia, and with Molly’s side, they were in South Australia with the coursing and somewhat Illegal racing back in the late 1800s too.