After Hard Style Rico won the Cup and broke the track record last week it took me back to the only other dog in history to do the same. The Benalla Bullett Hua. In similar fashion to Rico, Hua flew the boxes from seven and led all the way in 31.01. Bred, raced and trained by Roy Symes, Roy’s whole family was involved and I was lucky enough to meet them no long after the Cup win. Roy was highly respected and a terrific bloke.  Hua had 44 starts for 25 wins and 9 placings winning $71,850.  Besides Melbourne Cup he won the 1989 Warragul Cup, the Celebrity Sprint. Best times Wang 22.87, Shepparton 24.94, Warrigul 24.51, Olympic Park 29.83. He was also Runner-up in the 88 Shepparton Cup, 89 Ballarat Cup and 89 and Maturity Classic.  He was in peak form in early 1989 and after beating Franklin Deano in a qualy of the Australian Cup he won his heat in 29.93, the semi in a BON 29.85 from box 5 then drew the red in the final and was odds on. Chasing a cat across the front driveway on the Saturday before the final he cut a pad and had to be scratched. The Race was won by Ginger who beat the Reserve Ray Bon Miss she started 25/1. As a sire he produced 552 offspring the best being Hanson Diamond, Stylish Raider, Blue Dazzle, Brequillo, Worthy Guy and Hanson Supreme. I speak here with Roy’s son Brian. ( you will note the Greyhound Weekly article is written by Andy Maher.) 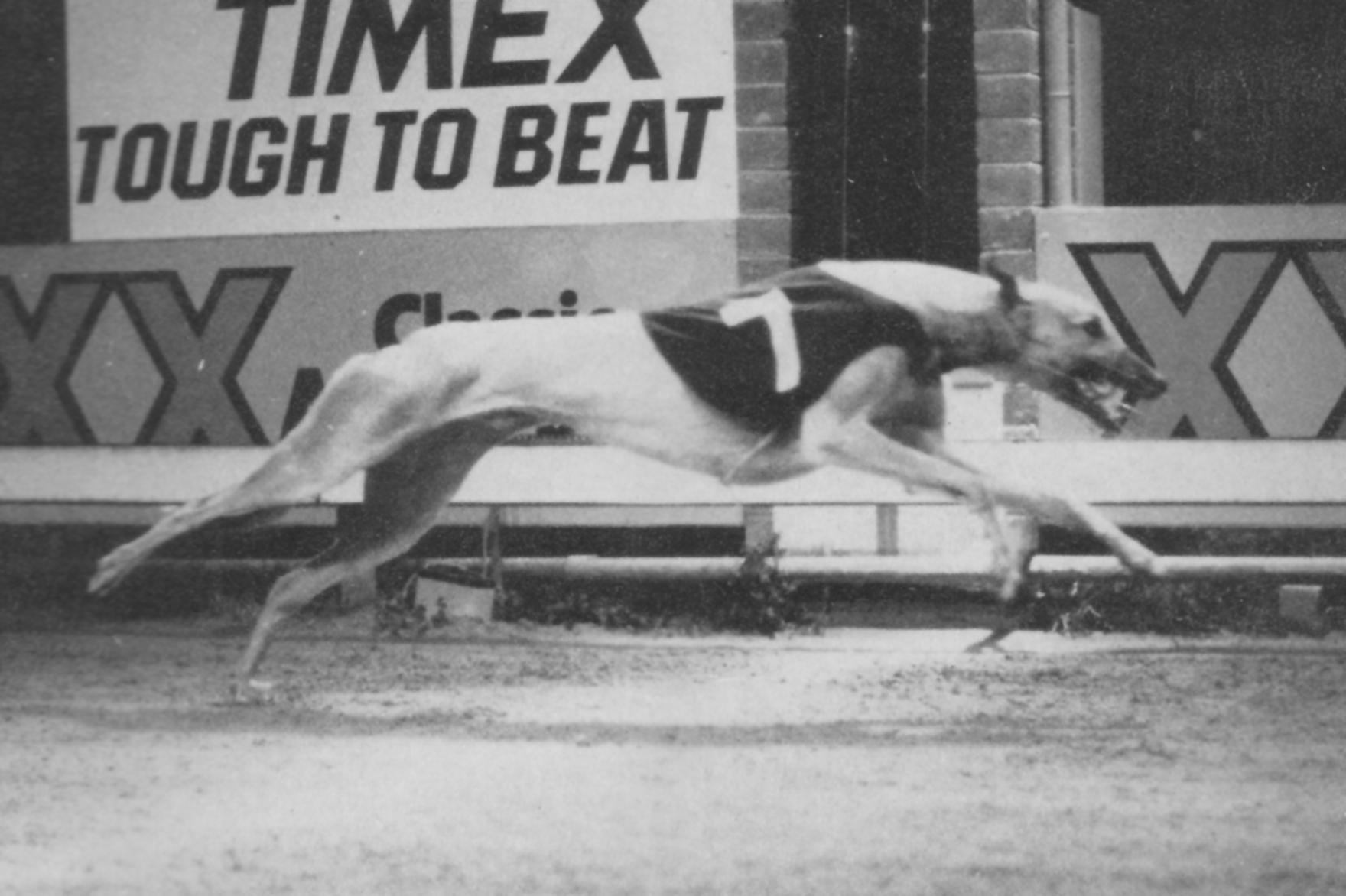 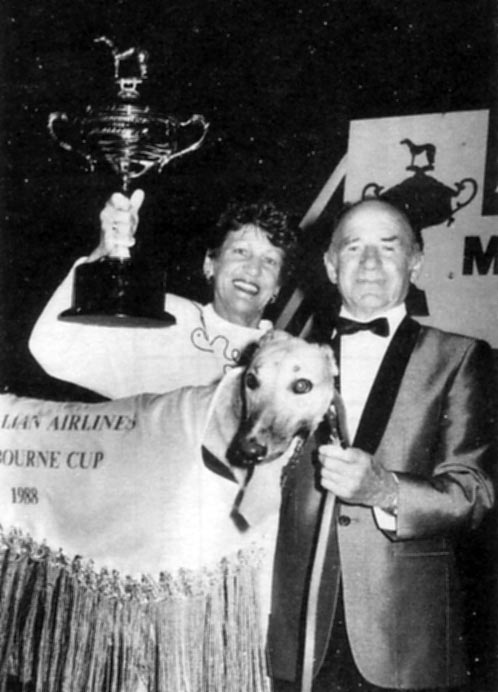