A very fast dog of the middle 90’s was the Graeme Bate trained Moonambel Prince. He won the very first Silver Bullet conducted at Olympic Park as an opposition race to the Top Gun which later was shared by Sandown and the MGRA. Until Sandown in 2007 parted company with the Top Gun a race the club invented to enhance the Sandown Cup. 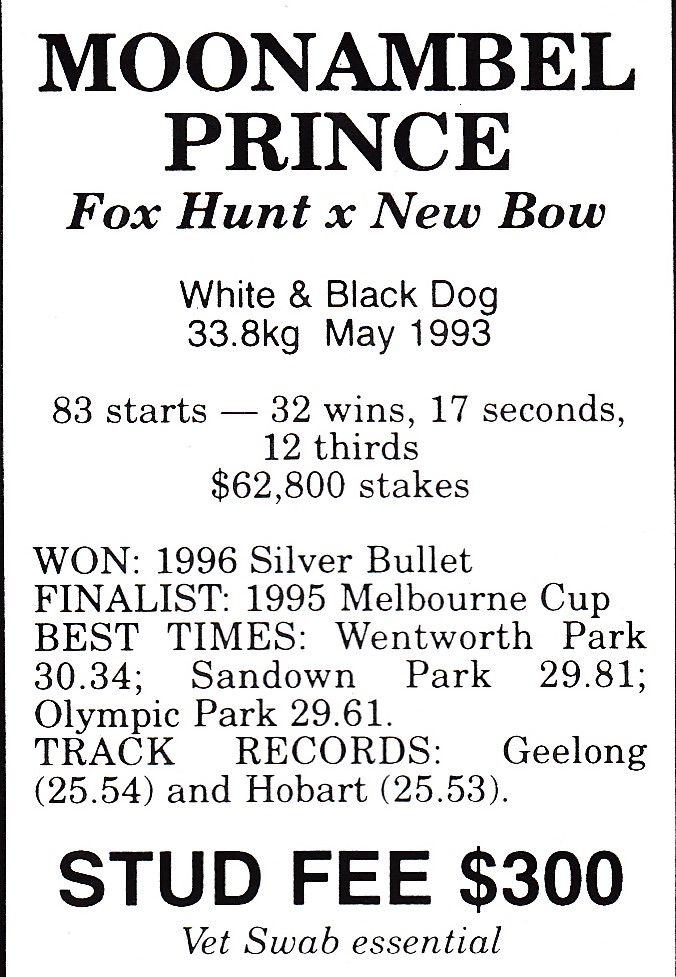