Jesaulenko winning one of his 53.

When I highlighted the Silverchief winners last week one of our members Terri Morris pointed out her favourite was the 1995 winner Zealous Guy. Bred and raced by her parents Terry and Bev Proctor. The Proctor’s are Gippsland Greyhound royalty and have been at it for longer than they care to remember. Zealous Guy was a terrific chaser as his record below records. He was a tenacious chaser his Silverchief win was all class. After a tardy star he weaved his way through the field to grab the lead on the home turn. Stepping into another gear that his rivals just didn’t possess. Zealous Guy raced to an effortless victory from Road Safe and Masai Flash. He stood at stud and produced appox. 58 litters and 218 offspring. A few of his best were Jedi Lightsabre, Valley Cowgirl and Fairy Wings. He is also the great grand sire of Terri’s top chaser Jesaulenko pictured here in one of his 53 wins, he won over $411,000. Another dog that is also a great great grand son is current sprinter Reimagine. He won the FFA at Sale on Friday night, that’s Terry with Reimagine he’s 82 years young, with plenty more winners in store. Don’t you love the Rolls used on the night of the final, classic. 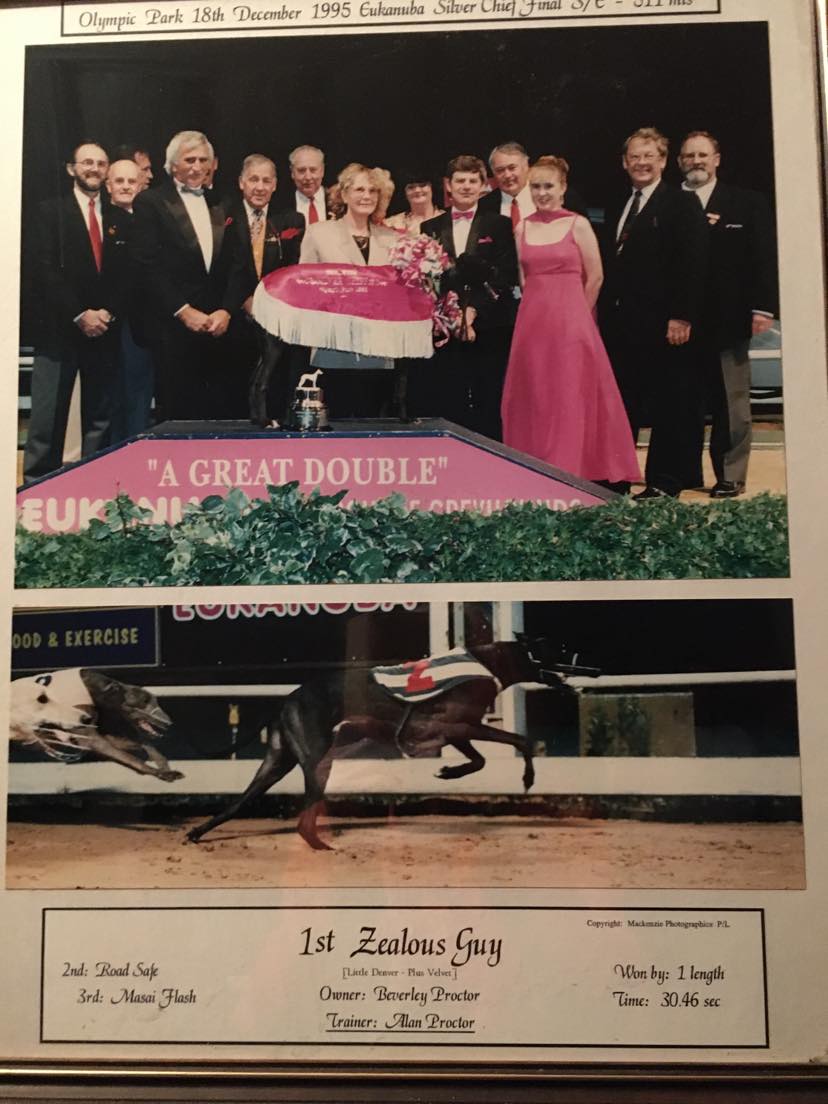 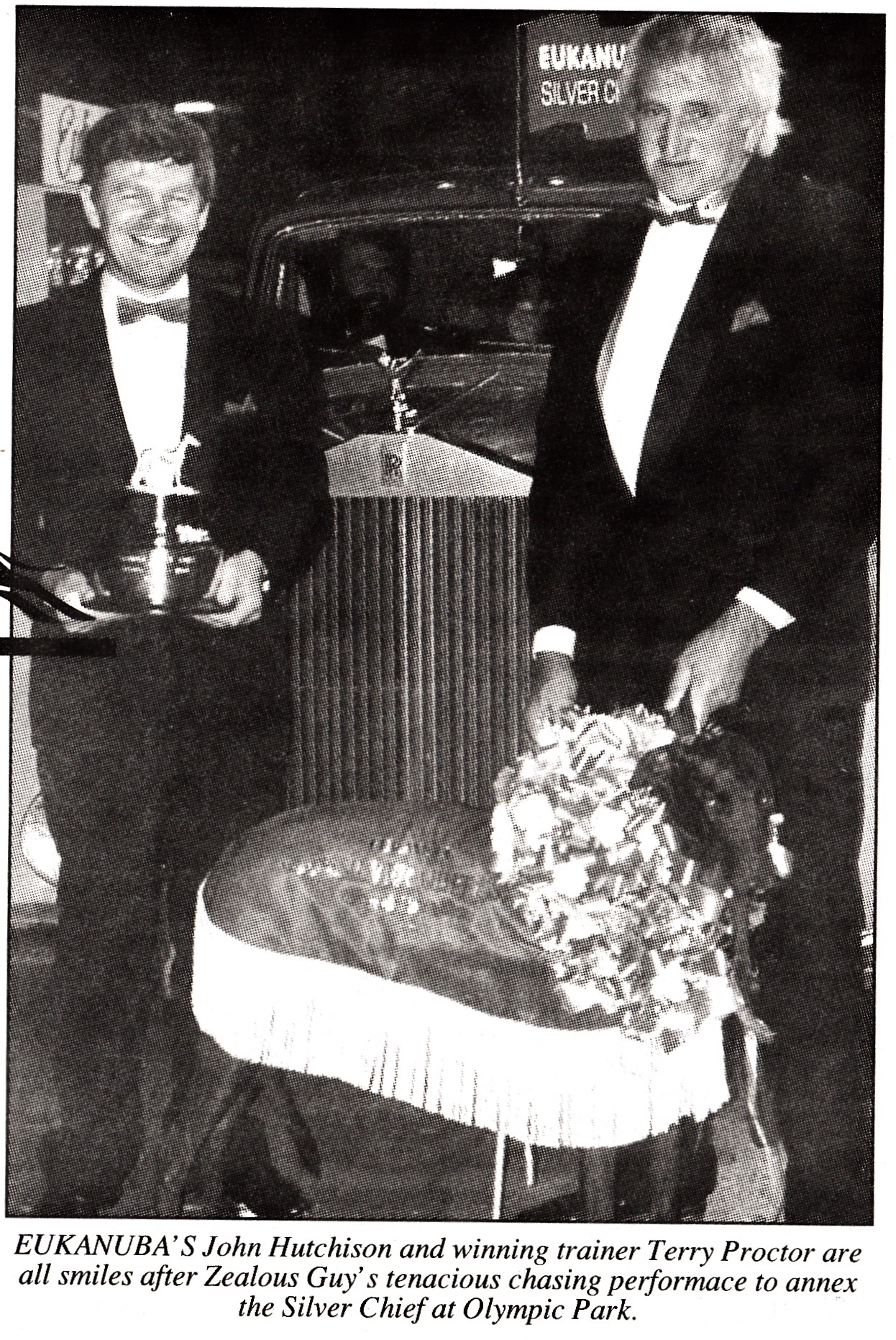 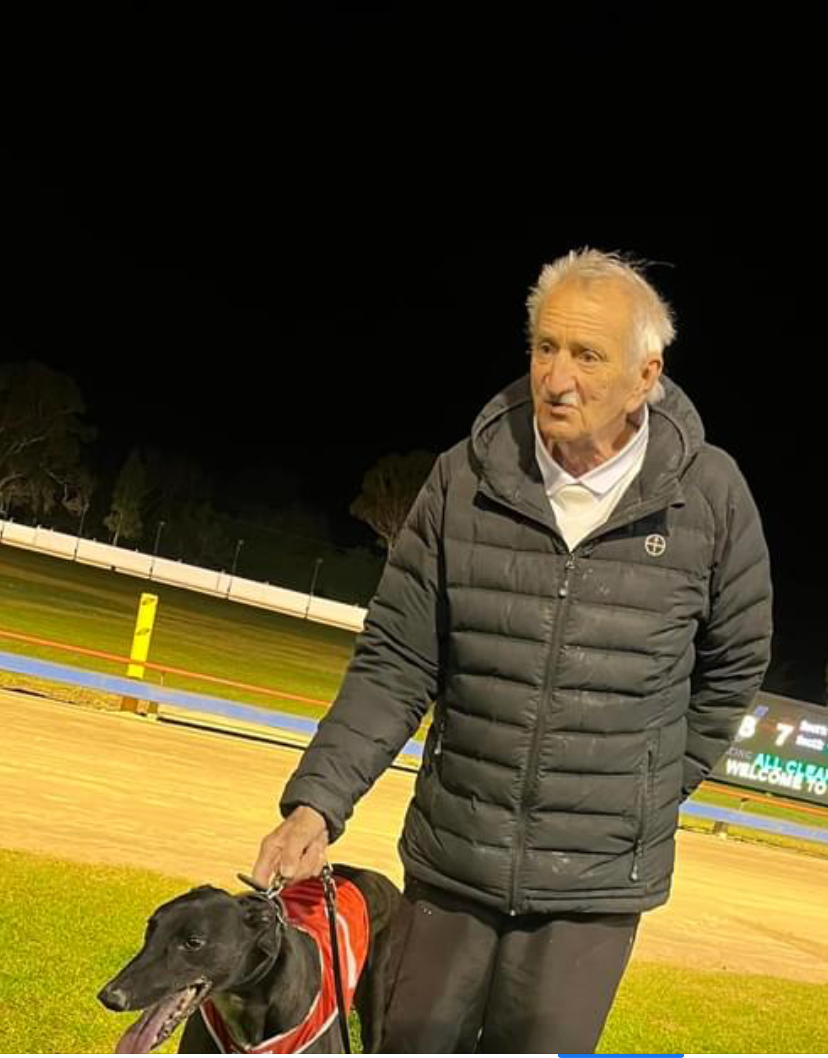