Howard Gray – Ray Murray As we found out the hard way when we used him at stud with our good producer Kialla Queen.
Raymond Robey – Otrwise,no one would ever breed a slow(ordinary) litter.
Jim Quinn – He won a big race at the Gabba he probably shouldn’t have, Coorparoo Flyer was leading him and I called his home name Buff, he turned his head and Alpha Brava railed him and went on to beat him. 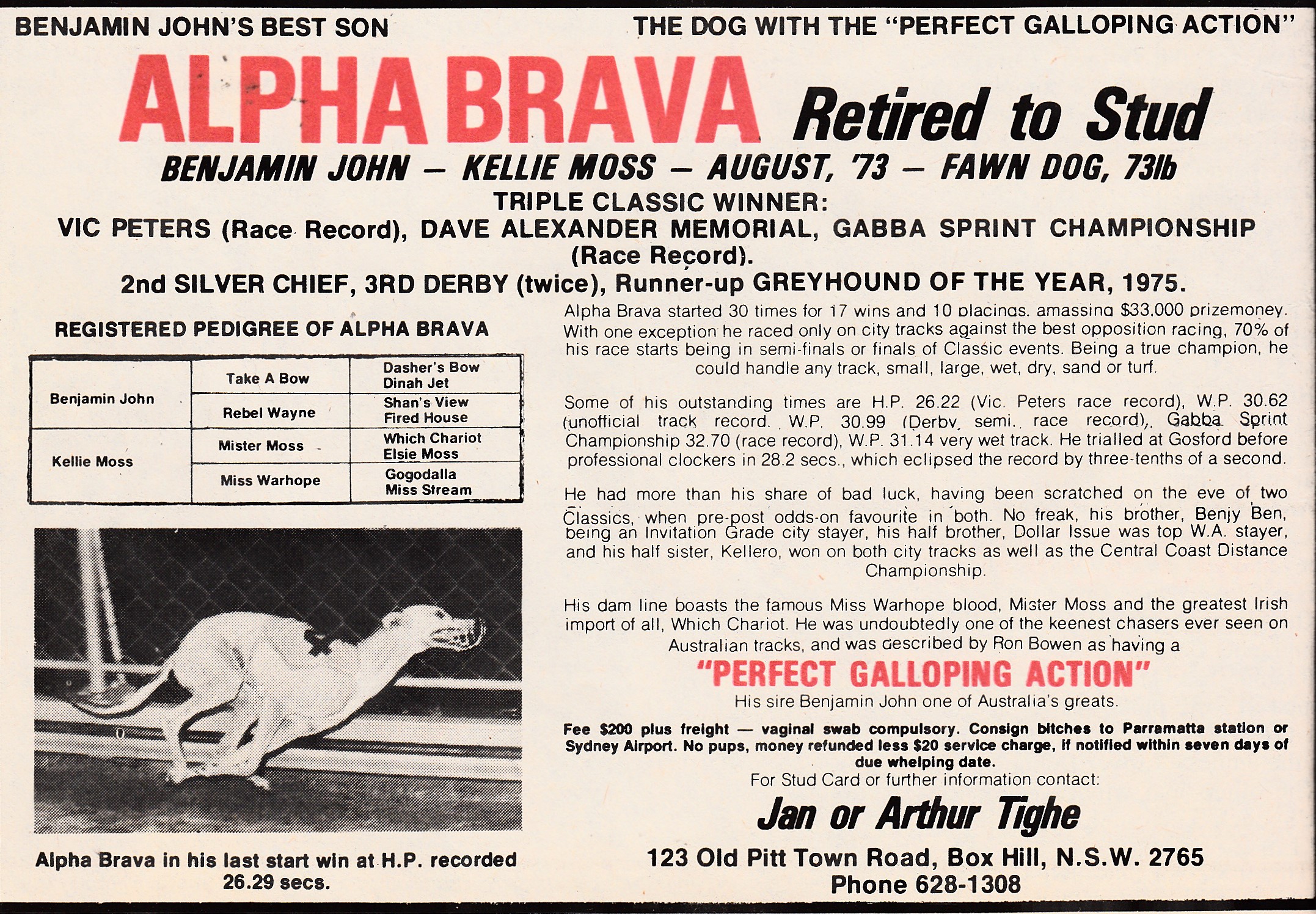