Great stayer of the early 80’s for Harry Nugent Lone Voice. Harry no stranger to a top dog he trained the great Harryed who he described as a once in a lifetime dog. Harryed raced in the 50’s and for a long time held the record for the most number of consecutive wins 14. Some wonderful greyhound people in the two photo’s.

Paul Mills – Sold him as a 10-month-old pup Harry sure did spoil Lone Voice cooking him roasts. 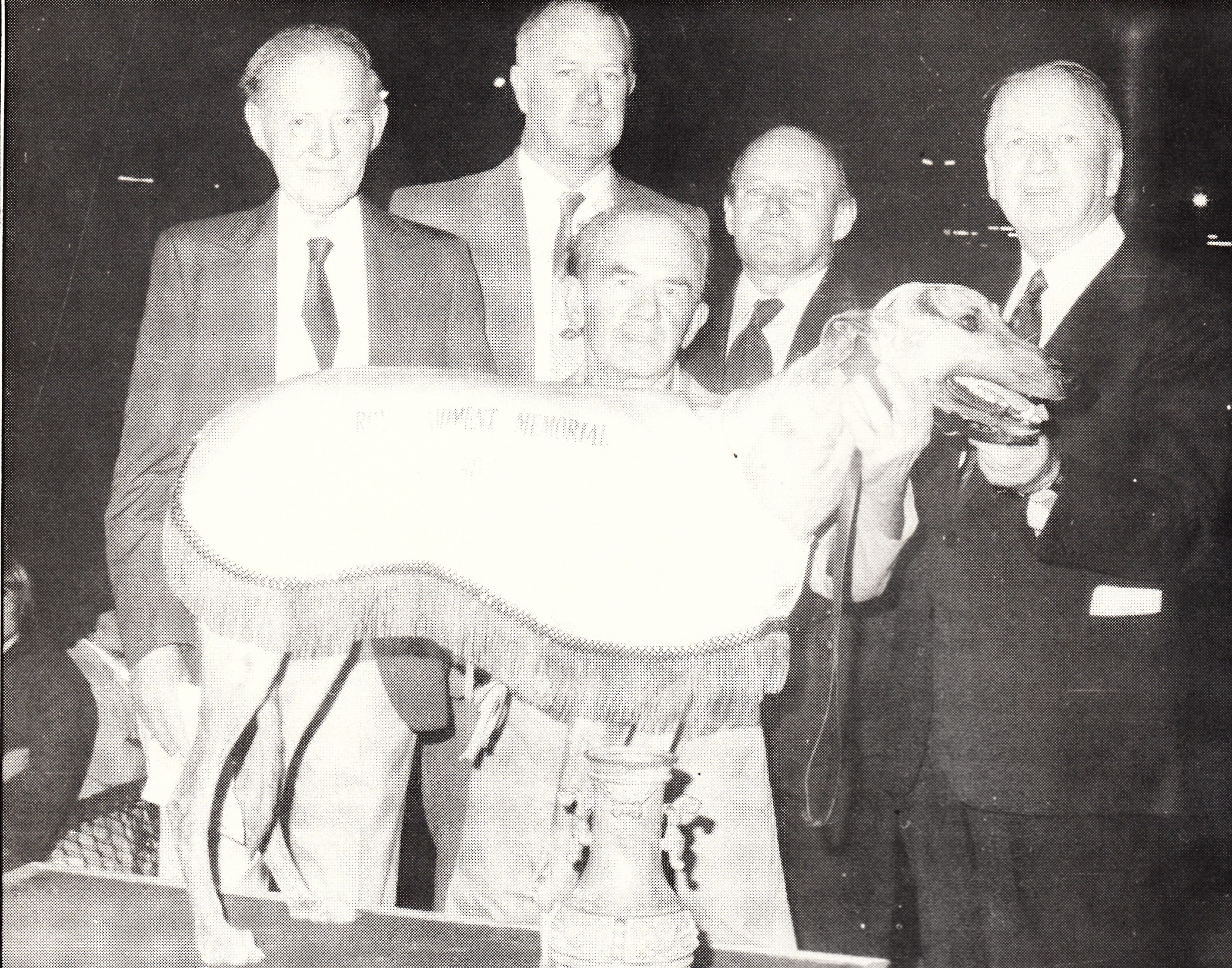 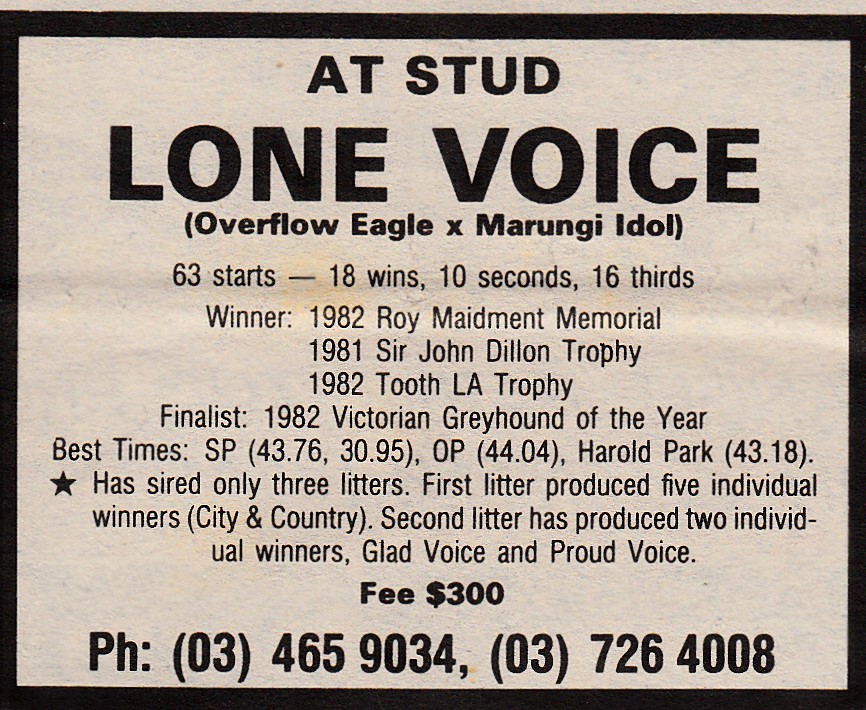