At the boxes Napier Park.

The Napier Park Coursing Track as it was known was opened in 1933 by the Craigieburn Coursing Club. The track was located on the flats of the Moonee Ponds Creek on the site that is now part of the Strathmore Secondary College.
The establishment of the Course was opposed by residents who were concerned that a greyhound racing track was not in keeping with a high standard residential area and that the facility would generate too much noise. The Council were also opposed to the track. The Coursing Club argued that the track should be allowed as it would boost the district and that the land proposed to be used was “low lying and not very beautiful.” The Council considered that it did not have the power to stop the track. The track opened in September, 1933 and on the first night attracted a crowd of 3500. The Club conducted weekly racing meetings year round.
The track continued to be opposed by residents who urged Broadmeadows Council to purchase the site and redevelop it for housing. The Track conducted its last meeting on 10 October, 1955. Council at that stage were intent on residential development and had plans prepared for subdivision into 66 housing lots.
However residential development did not occur and the Strathmore Secondary College was established on the site by 1958.

An aerial Shot of the Napier Park Track. 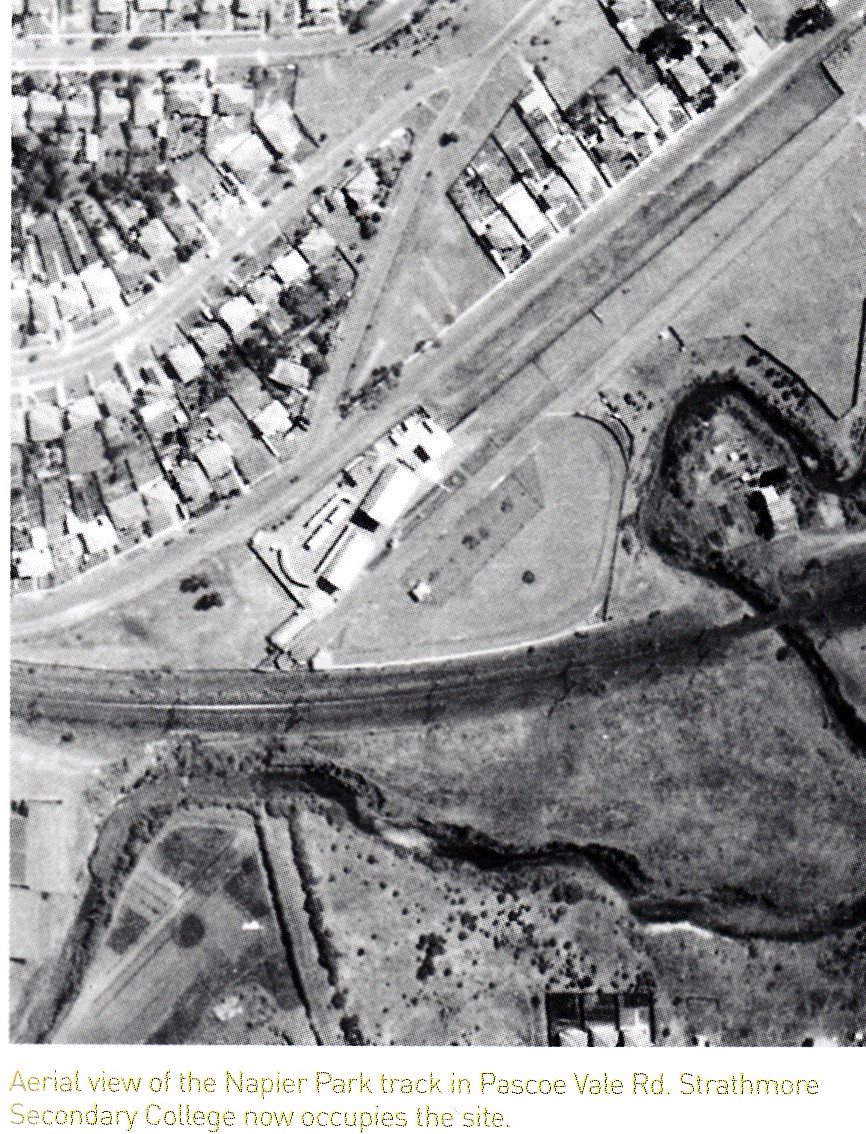 Those rug colours were 2 blue and 4 check in 1949 as per this Racebook from Napier Park 16th May. 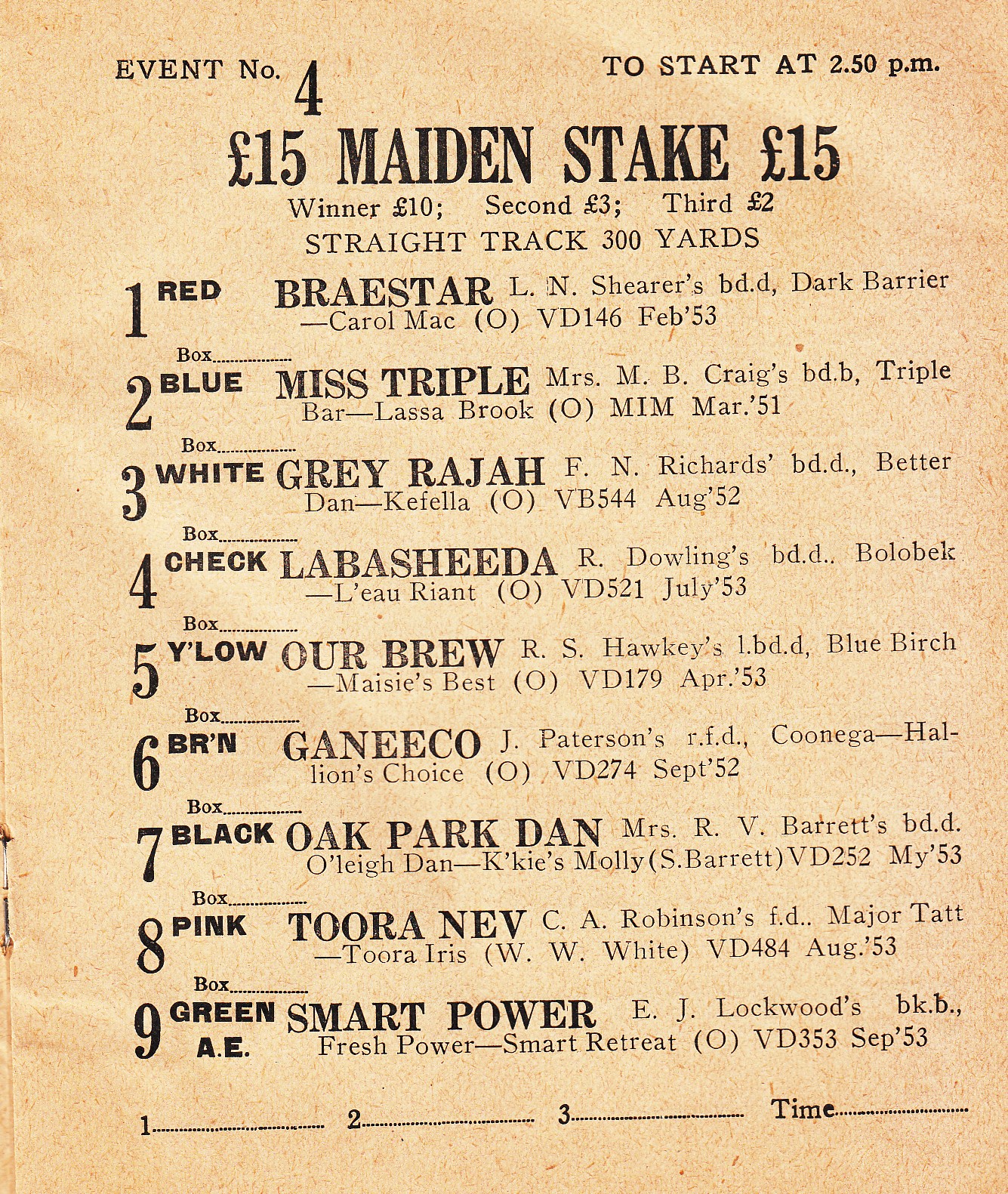 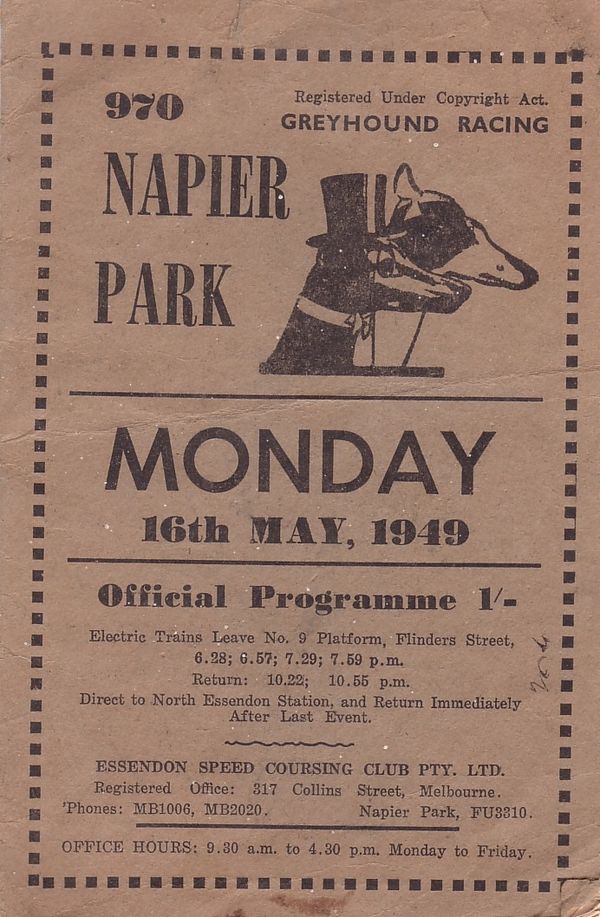