Member Julian Attard asked for some info on former quick sprinter of the middle 80’s Blackwood Earl. Given he never won a feature it took some time. The former Tasmanian whelped July 1985 by Johnny Glider from Joela was trained in Victoria by two of the all-time greats in Ned Bryant and Allan Roberts. He started 58 times for 21 wins and 18 placings earning about $20,000. His most explosive performance was in a heat of the Maturity on May 11th 1987 when he broke the Olympic Park track record. He ran 29.65 lowering the previous time standard of 29.66 set by Super Max on August 6th 1984. At stud he only produced 13 litters for 60 pups. 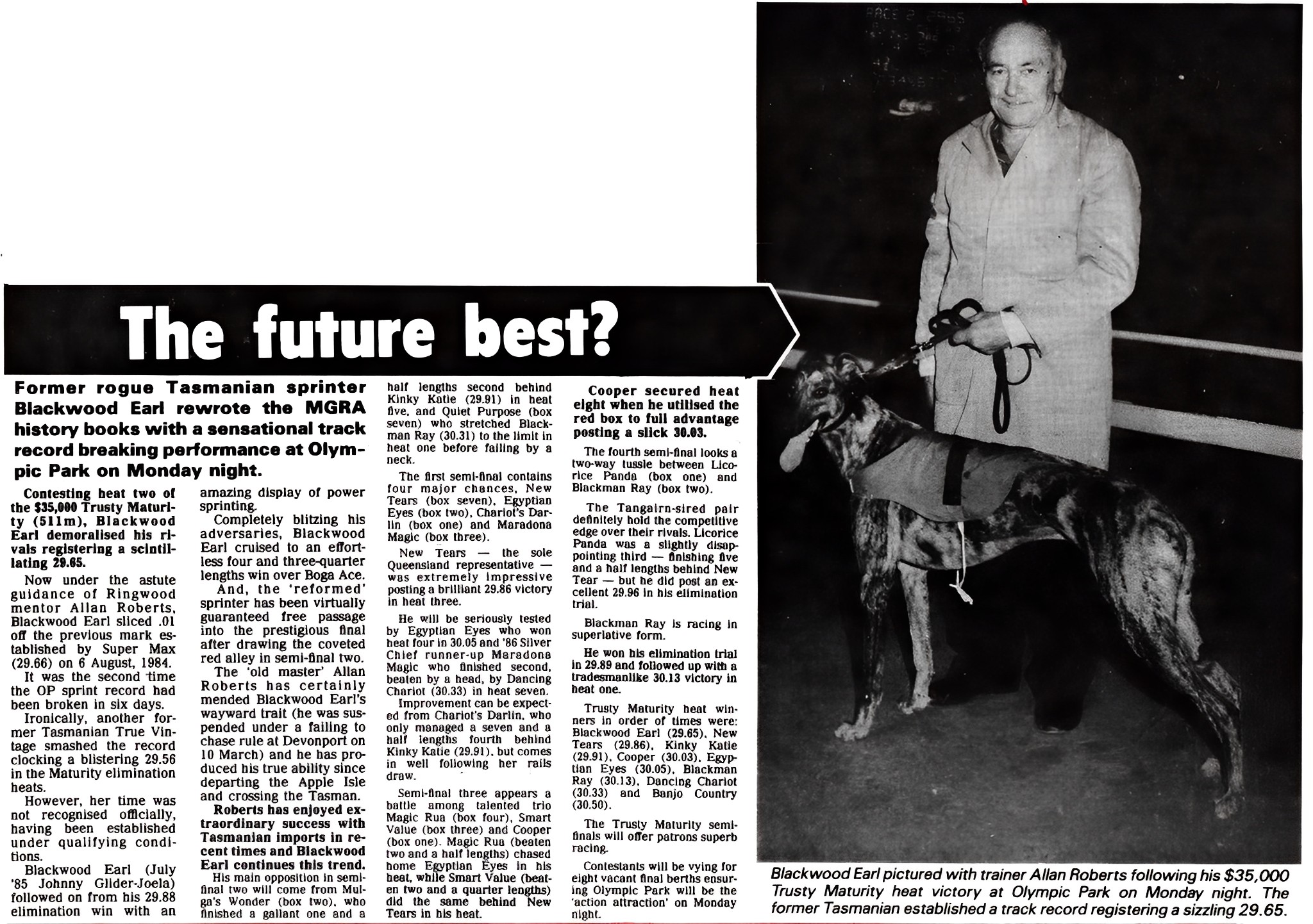 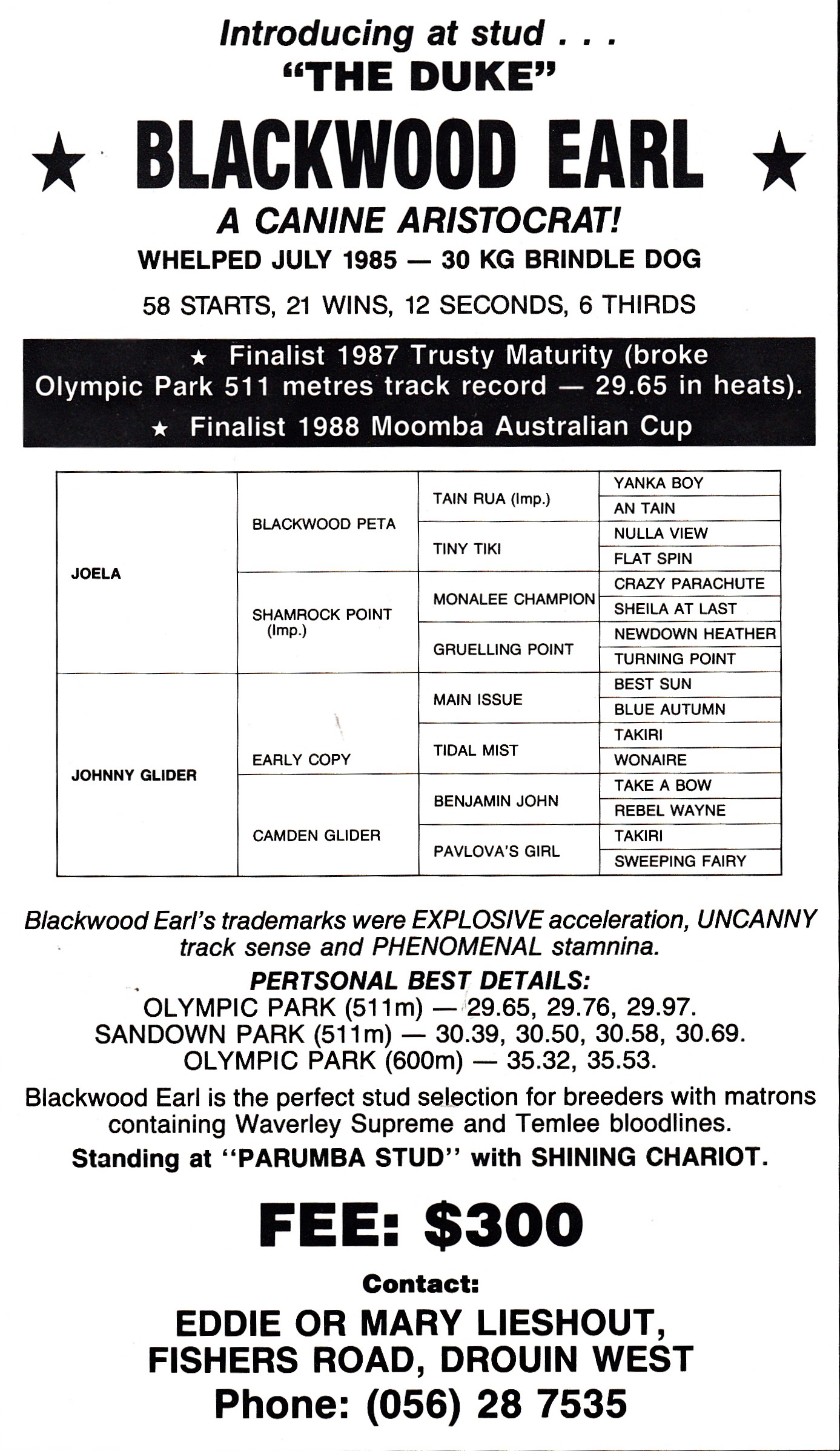