One of great stars of the early 2000’s was Bombastic Shiraz. Breeding: Sire: Black Shiraz Dam: Bombastic Blonde Whelped : 18/03/2001. Raced by the Cairns family and trained by Darren Cairns. He had 35 starts (18-6-5) and Career Prizemoney : $355,915. He won his last seven races on end in 2003 including the Group 1 Melbourne Cup, the Group 1 Topgun, the Shootout and the Silver Bullet, each time overcoming slow starts and storming home from mid-field or even further adrift to win. His Stud masters were Bob Douglas and Geoff Collins. He sired 3968 offspring and produced many champion race dogs. His first litter produced Flashing Floods, who won three Group 1 races. Other notables were Bobby Boucheau, Cindeen Shelby, Velocette, Fabregas and WA champion Miata. He was the Victorian Greyhound of the Year in 2003 and inducted into the Victorian Hall Of Fame. 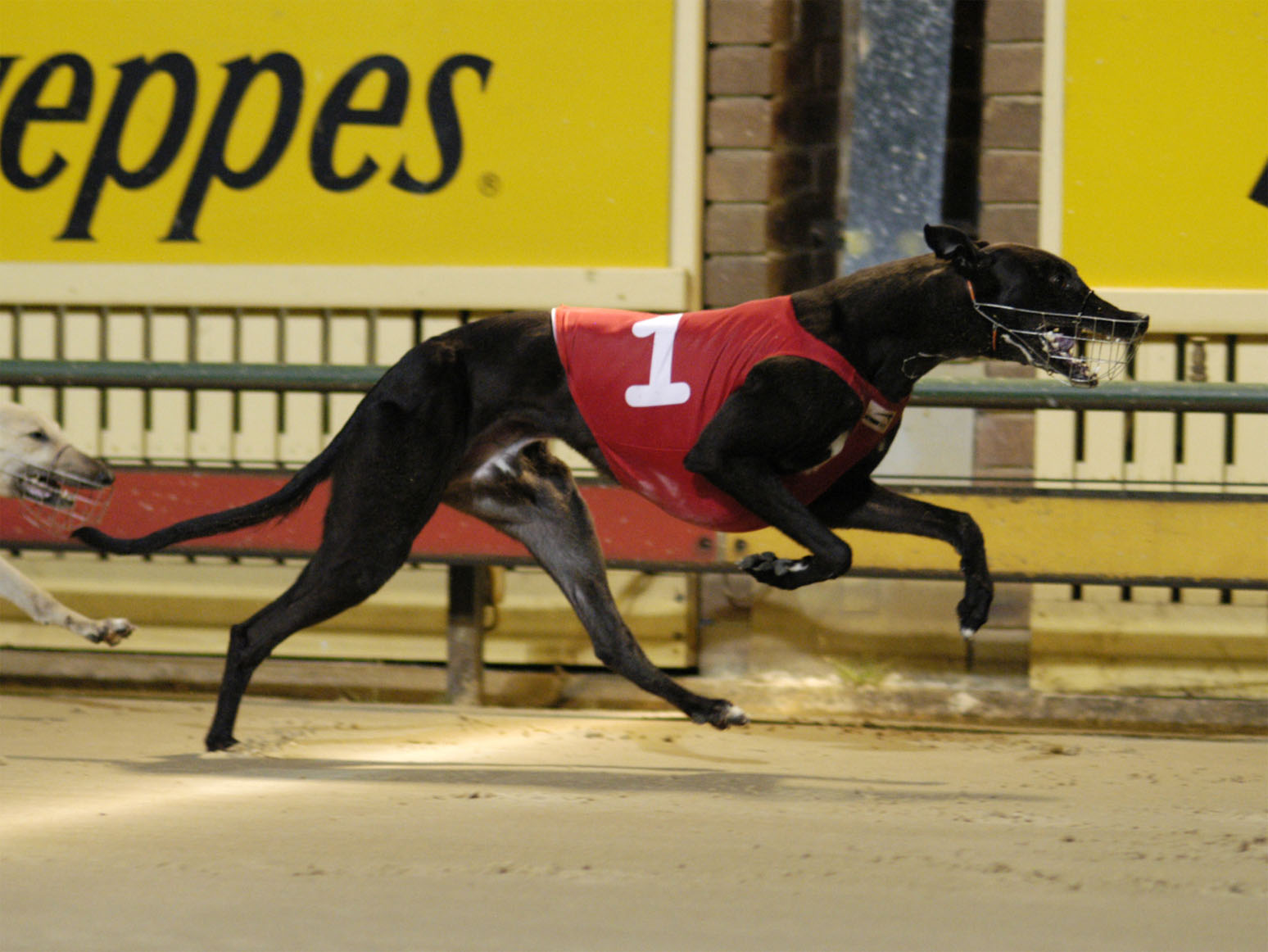 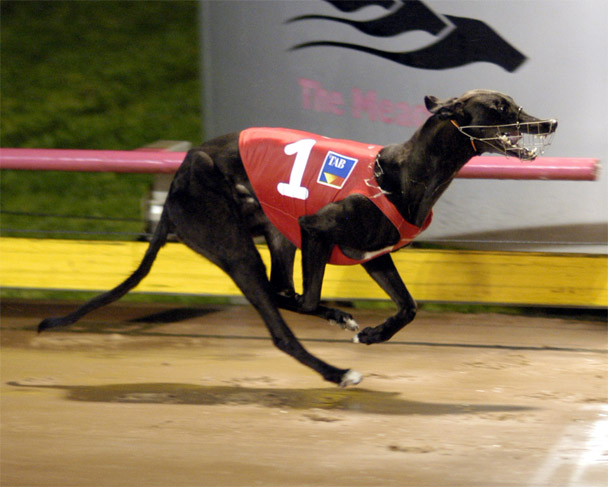 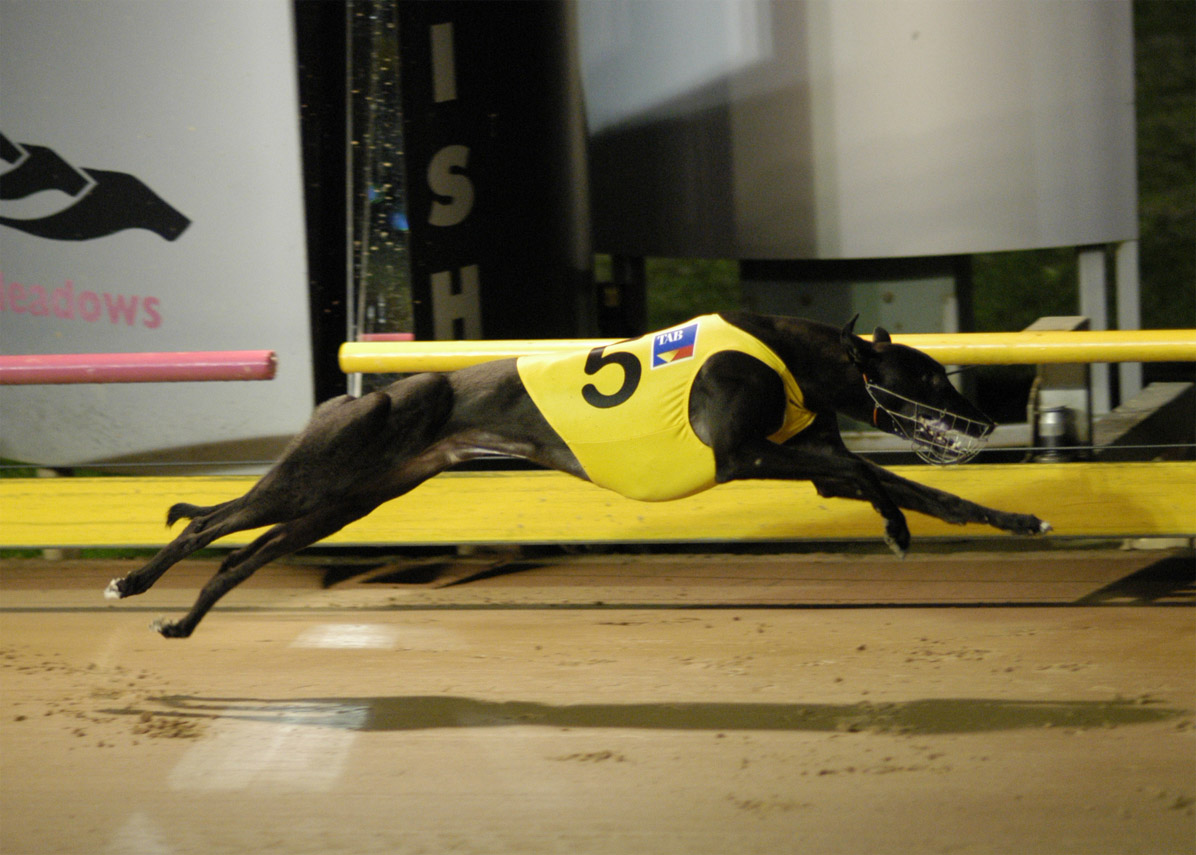 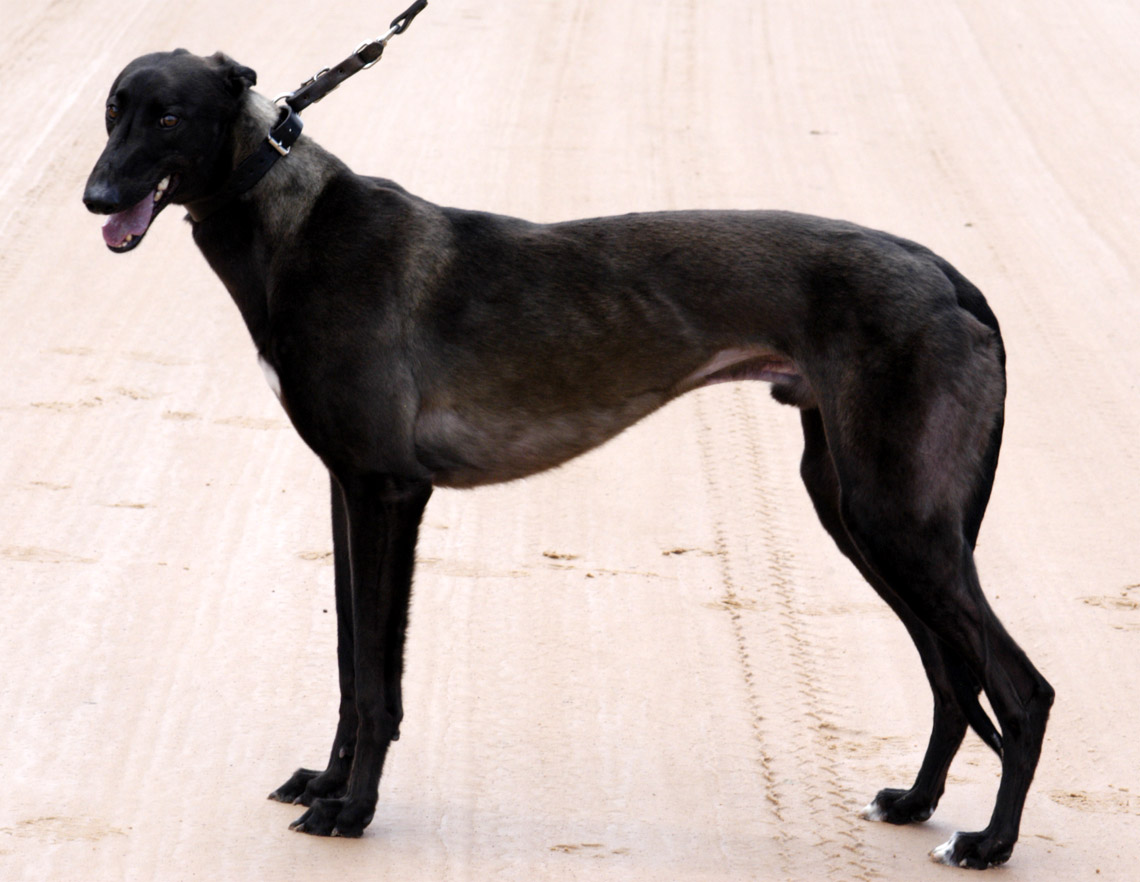