On Sunday 8 November 1856, a public meeting was called at Mr George William Brown’s “Illawarra Hotel” in Dapto for all those persons in favour of the formation of an Agricultural society.

The meeting was successful and the Dapto Agricultural & Horticultural Society was formed; Mr David Williamson Irving was elected President and Mr John Brown was elected Secretary.

The first Dapto show was held on the 28th January 1857, and has continued to run for almost 160 years.

In late 1936 the Dapto Greyhound Club was born out of the impatience of the Dapto Agricultural & Horticultural Society’s bank manager, who wanted a £600 bank debt cleared. Due to this an application for a greyhound racing licence was made in February 1936.

On the 27th July 1936 a licence fee of ten pounds was paid to initiate greyhound racing at Dapto and a sub-committee of the Dapto Agricultural & Horticultural Society was appointed to control greyhound racing.

Work was carried out to enclose the trotting track to enable greyhound racing to commence and the first greyhound race meeting was held on the 25th February 1937, not long after the Great Depression had hit. The first meeting offered £108 in total prize money, and the club was approved to hold 40 races meetings a year.

In March 1942 the showground and associated buildings were seized by the army and on the 10th April 1942 greyhound racing ceased and the government paid rental of £13 a month for use of the grounds.

The Army vacated the showground in early 1944 and greyhound racing resumed with a 10 race program on Saturday afternoons for some time due to power restrictions, soon to return to Thursday nights.

In 1971 it was decided to replace the grandstand incorporating broadcast facilities, judge’s compartment and photo finish facilities.

The track remained grass until late 1991, when the Dapto Greyhound Racing Club was one of the first Greyhound racing tracks to become Loam.

On the 6th July 1991, the front office buildings (the land on which McDonalds now stands) caught on fire after a loud explosion. It is believed the fire was lit under suspicious circumstances but minutes and other important records were spared due to being housed in the safe.

A transportable building was ordered but until this was built, the staff set up a temporary office in the tote building. In 1993, a new office block and bar areas were built.

The Dapto Greyhound Racing Club completed further improvements to the bar and office block in 2006. The betting ring area was enclosed to create a new room adjacent to the bar.

The Club continues to improve its grounds and facilities and be at the forefront of greyhound racing in Australia.

The Dapto Greyhound Racing Club has become an iconic brand, know far and wide as the world famous Dapto Dogs. 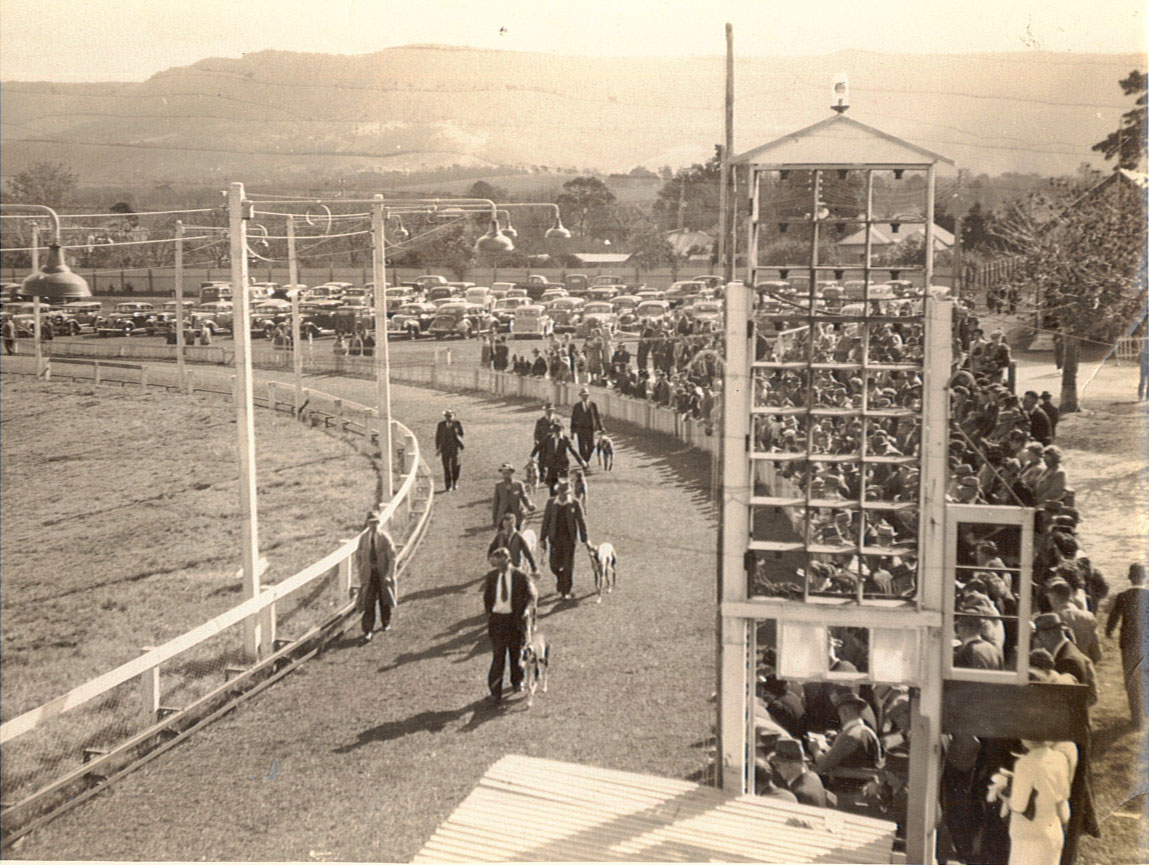 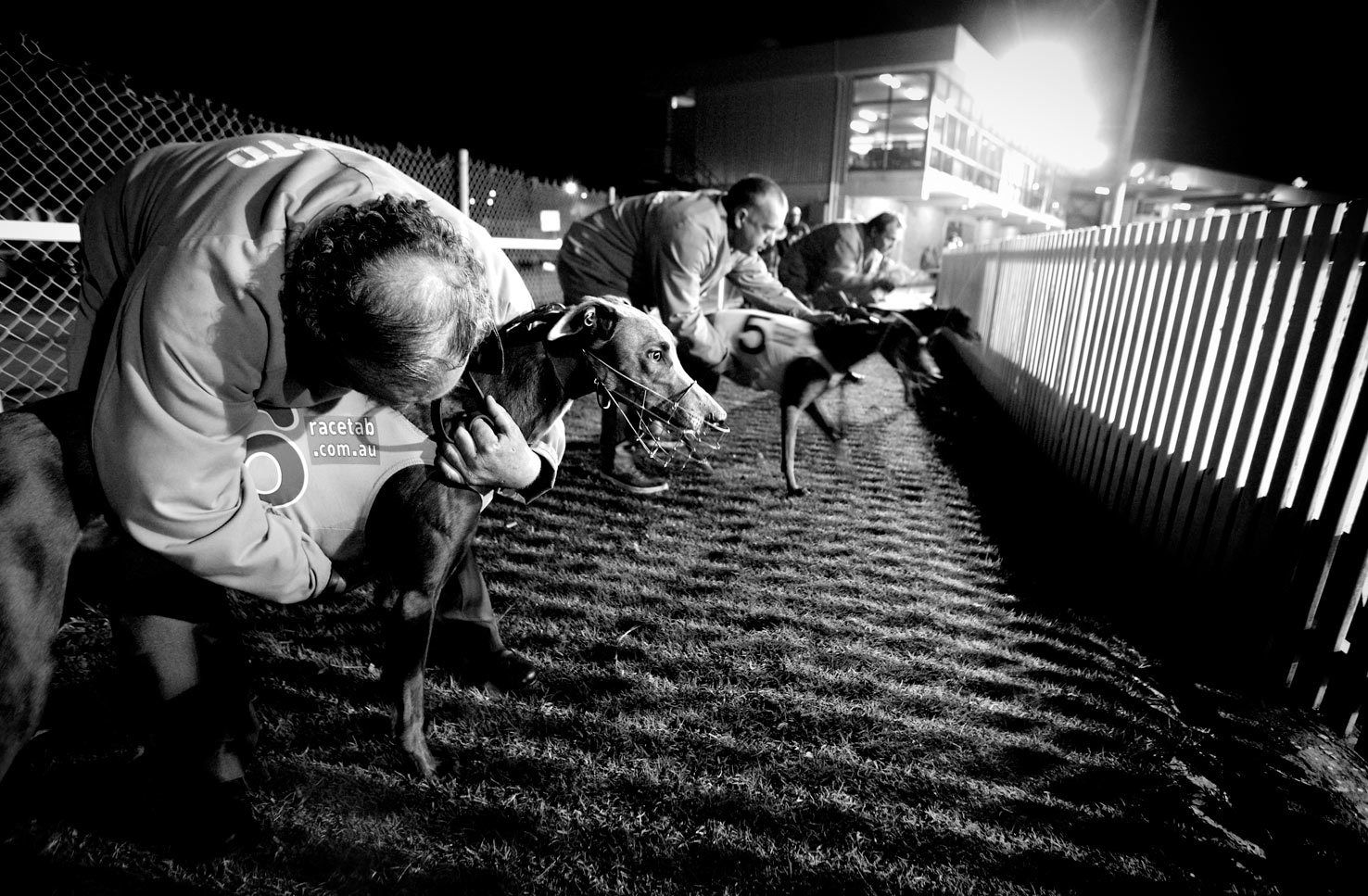 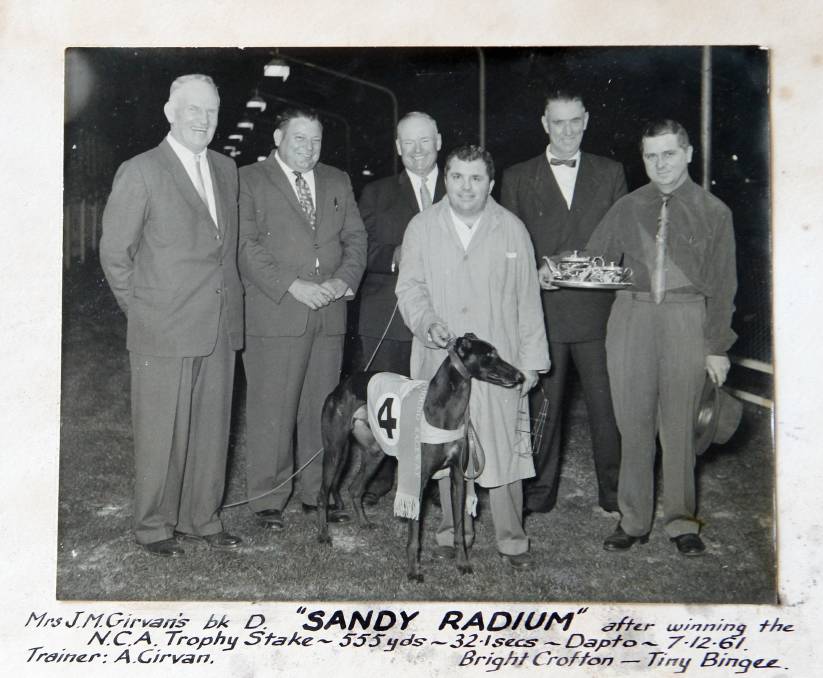 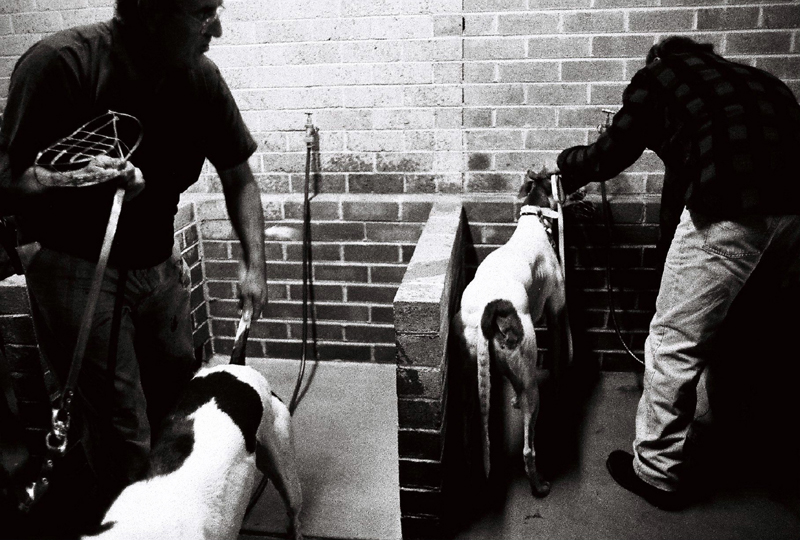 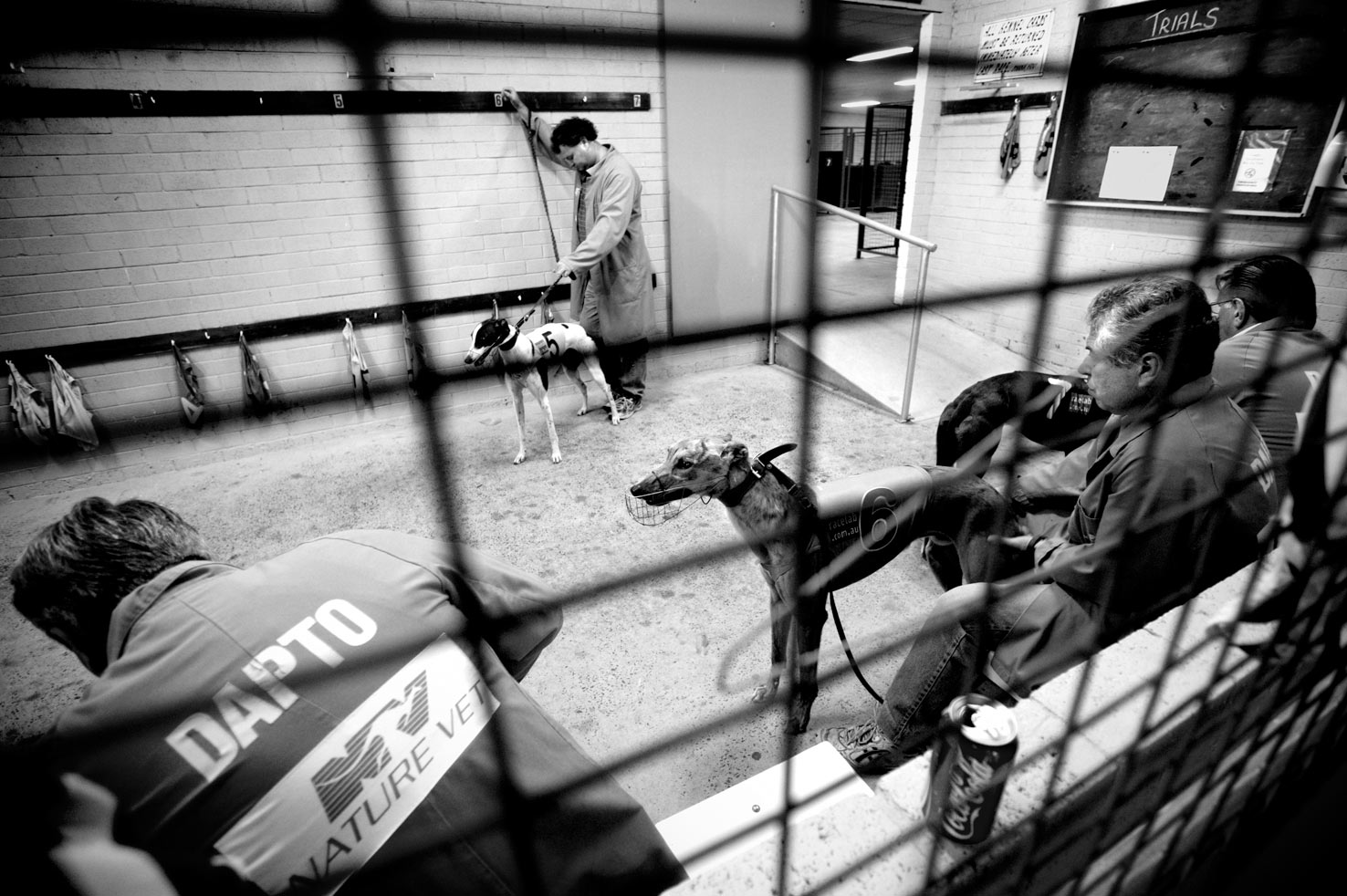 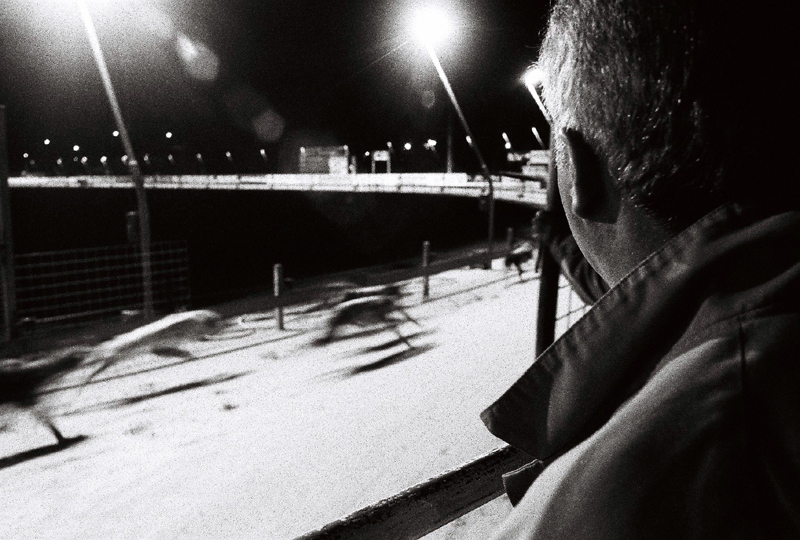 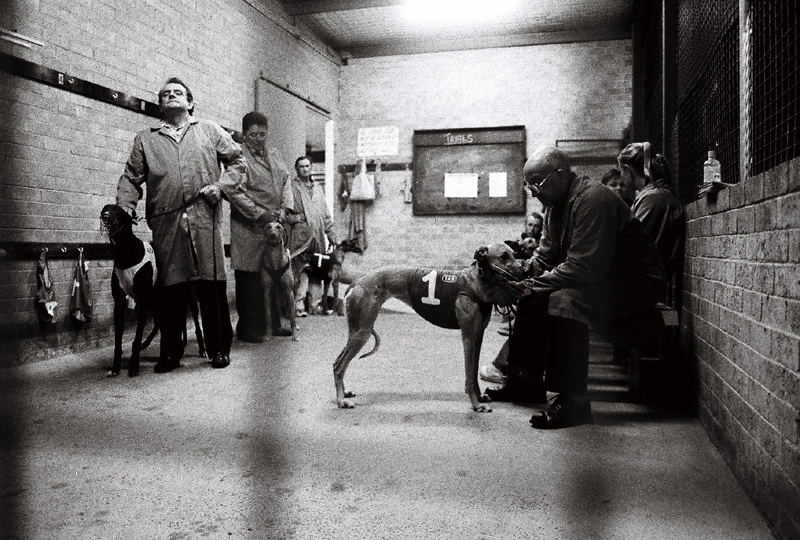 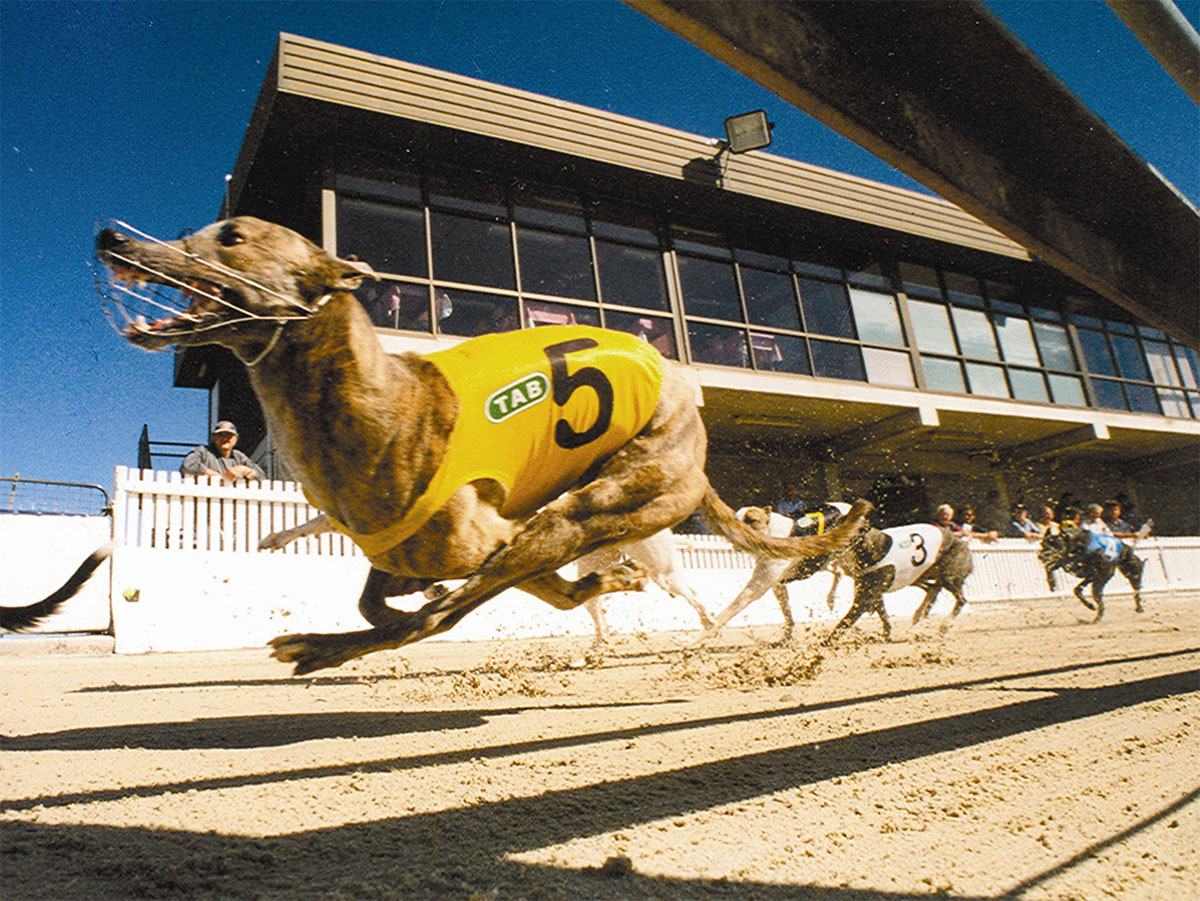 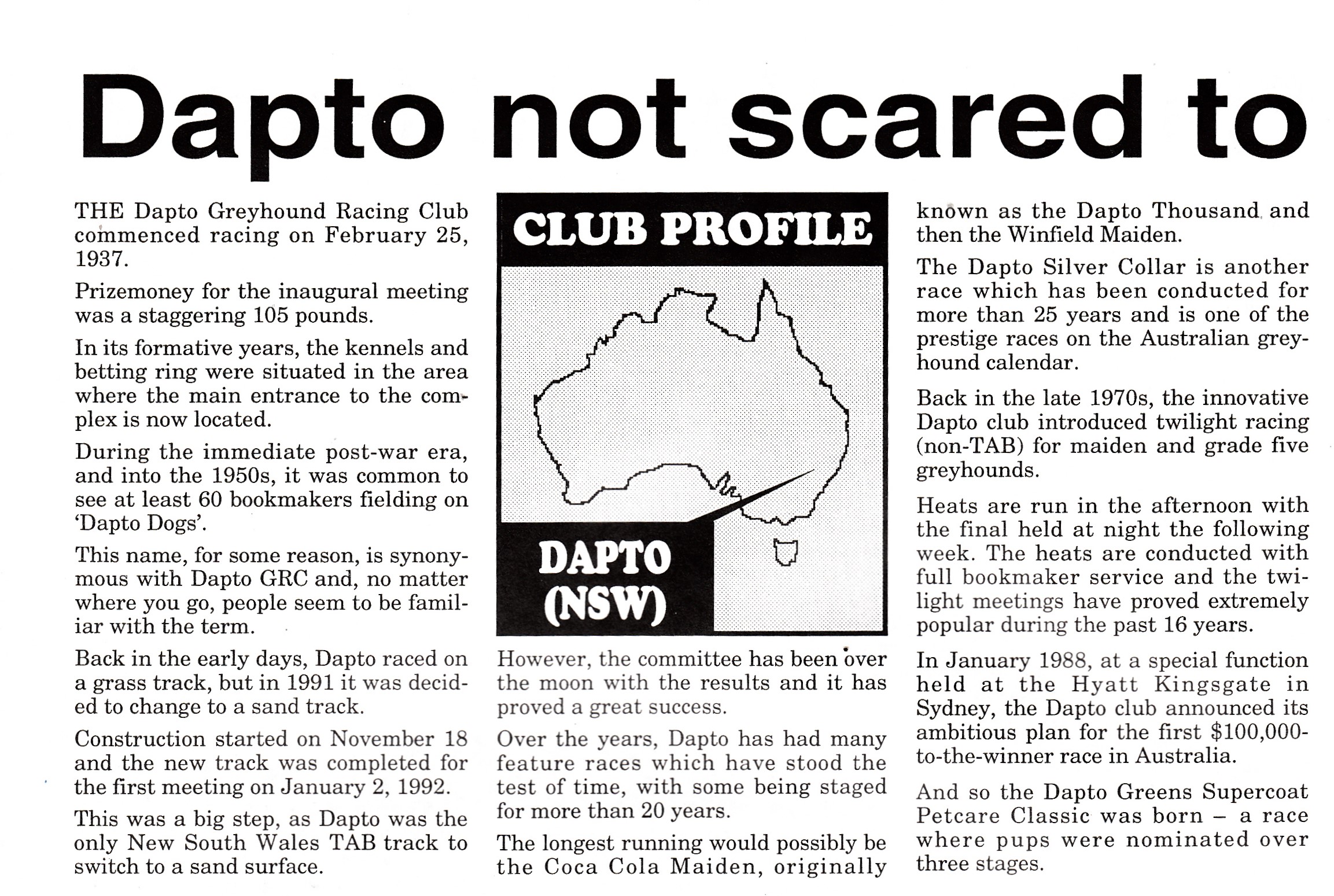 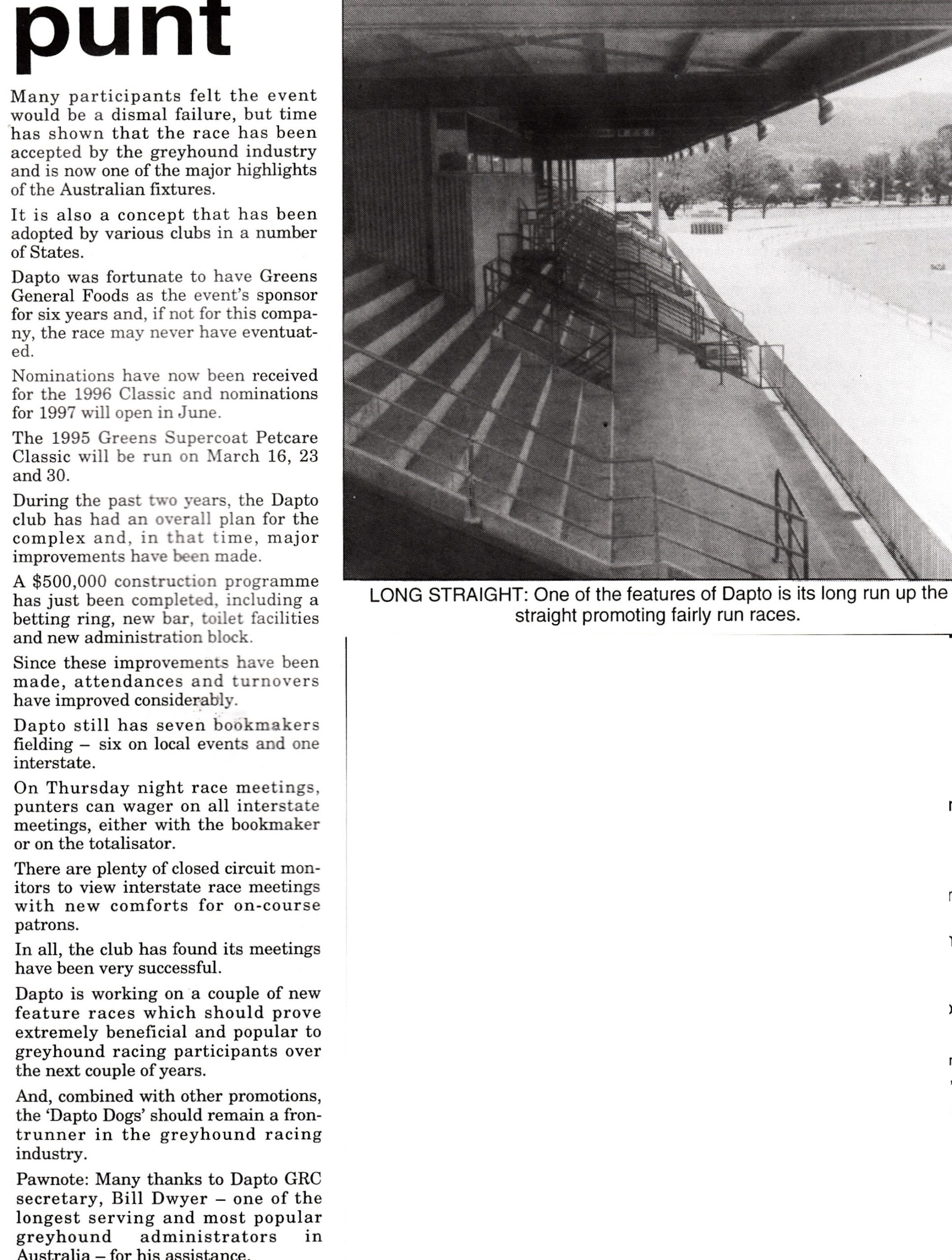