The other 1995 Victorian Greyhound of the Year Bonjase Fawn dog March 1992 by Benjason from Bonnie Trease. Raced and trained by Des Moodie. 46 starts for 24 wins and nine placings $100,605 in prizemoney. Won the 1995 Australian Cup and Warragul Cup, runner-up in 95 Ballarat Cup. Fell in the 94 Melbourne Cup and finished third in the 1994 Sapphire Classic. Sired 213 litters best dogs produced Mepunga Spark, Time Framer and Golden Tattoo. He was reared at Bob Douglas’ property at Heathcote and I have video of him as a pup with his full tail, which he lost part of in a trailer door. Here’s also an interview with Des Moodie during Bonjase’s Retirment at stud. The replay of the race has some famous trainers in the background after the finish.

Bill McNally – Great dog Des and a great trainer fond memories eh
Ronald Lyfield – Teddy sallows Peter Giles they were all there great
Darren Leeson – Sensational dog…who’ll ever forget his barnstorming Australian Cup win! Good to see him in a few pedigrees these days as well!
Gary Smith – He was an Honest, hard chaser
Debbie Moodie Bewley– He was an amazing dog 🤩. The best I’ve had the pleasure of watching!!! ❤️
Debbie Moodie Bewley– I stood for this photo with my family after Wink’s win and Bill Collins asked why his tail was so short. I told him it makes him run faster. The look on Bill’s face as he totally believed me. 😂 😜 a great bloke tho!!! 💕 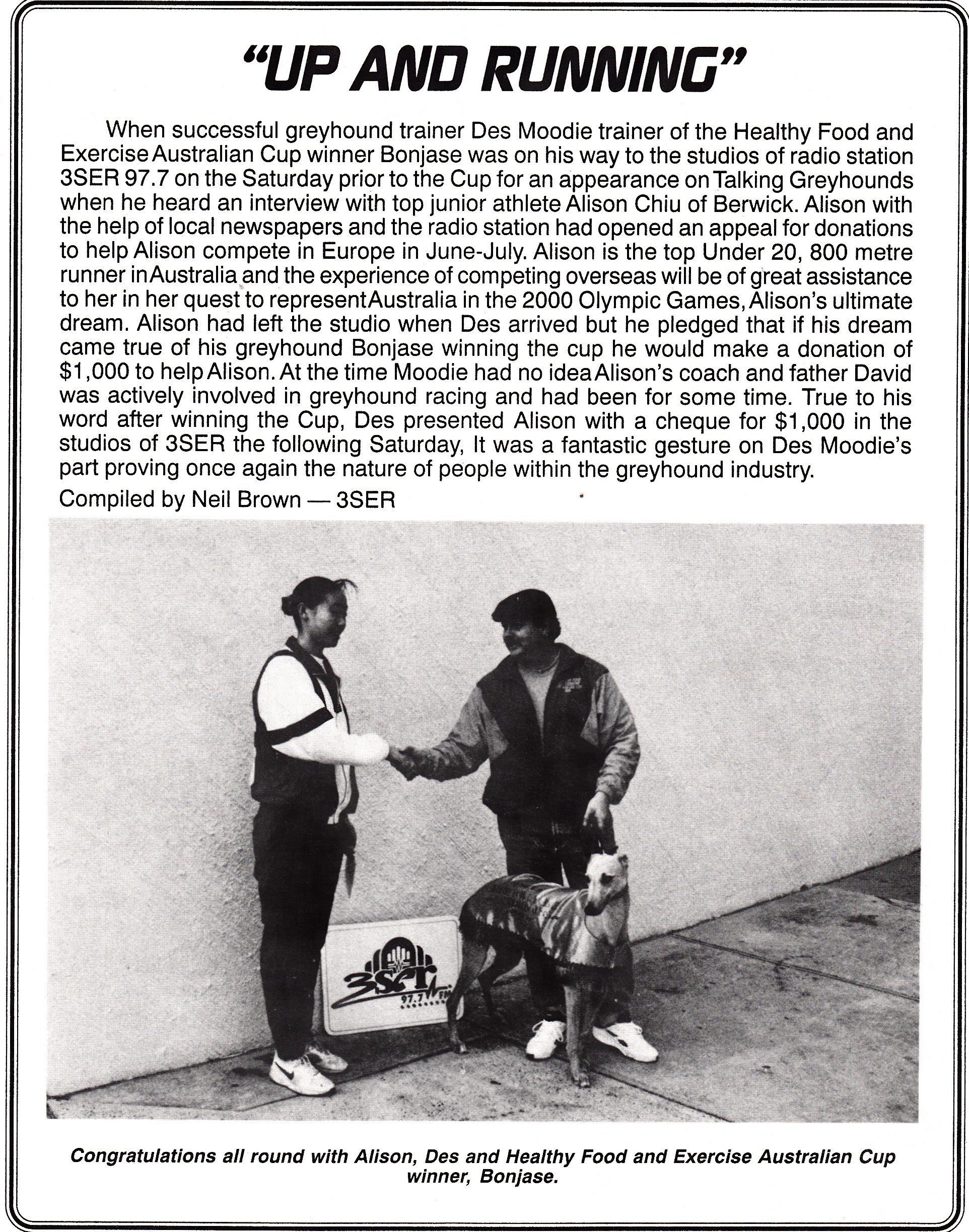 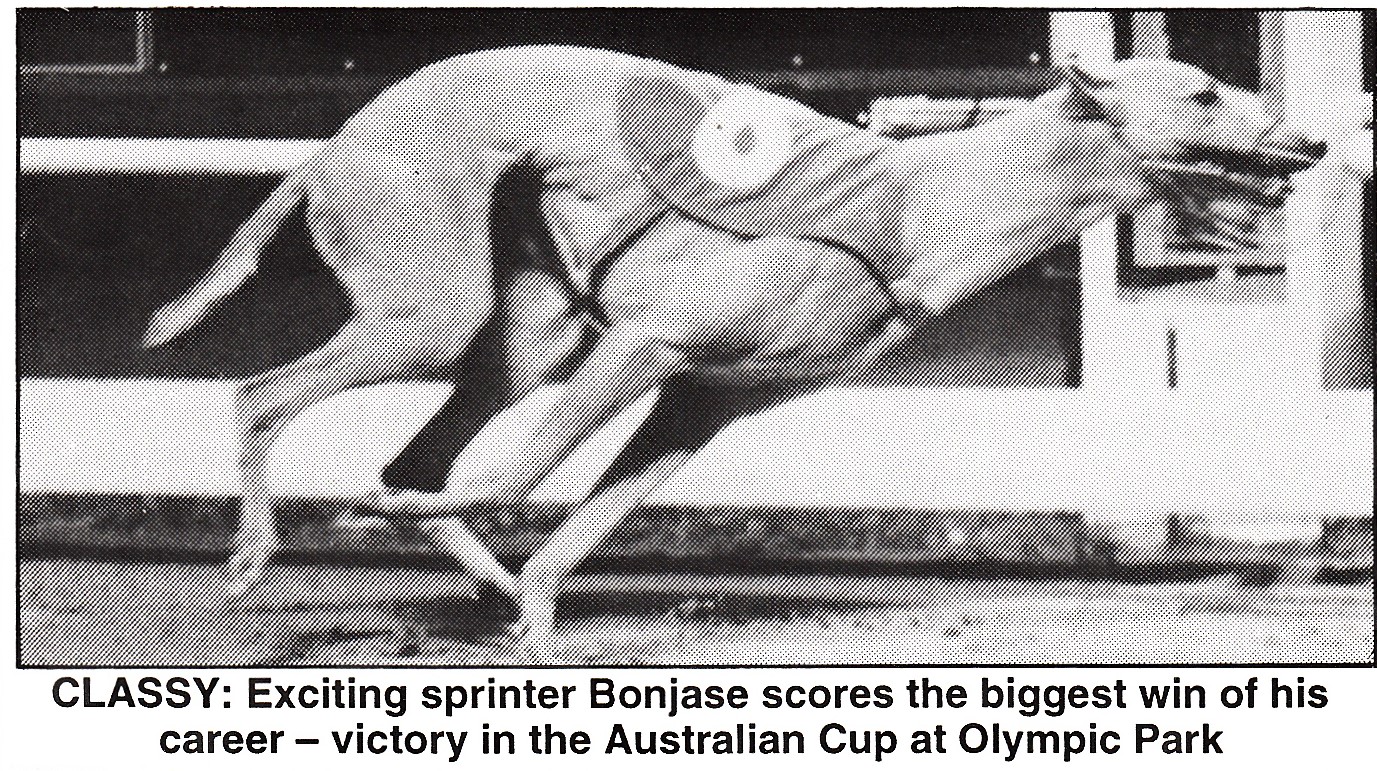 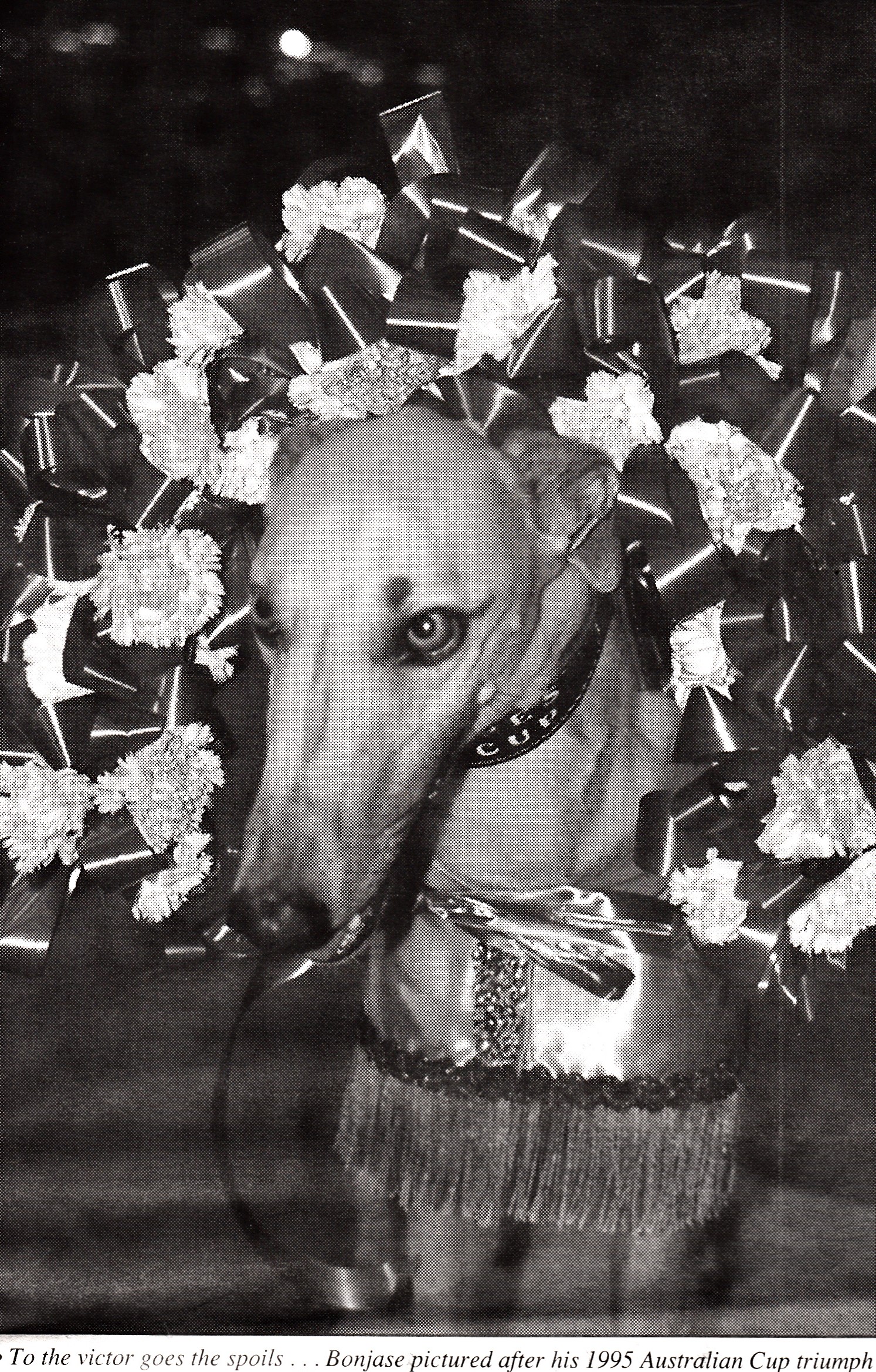