I have seen box draws done in many different presentations. Here is a different take on the box draw for the 1976 Richmond Sprint Championship. The night featured a Belly Dancer. The night also included a phantom call from Graham McNiece, a few blue jokes from comedian Jack O’Leary and a tip from Ian Maurice for Anglo Beau. The final was won by Endless Cloud (5) from Shim’s Away (3) and Striking Lane (6). 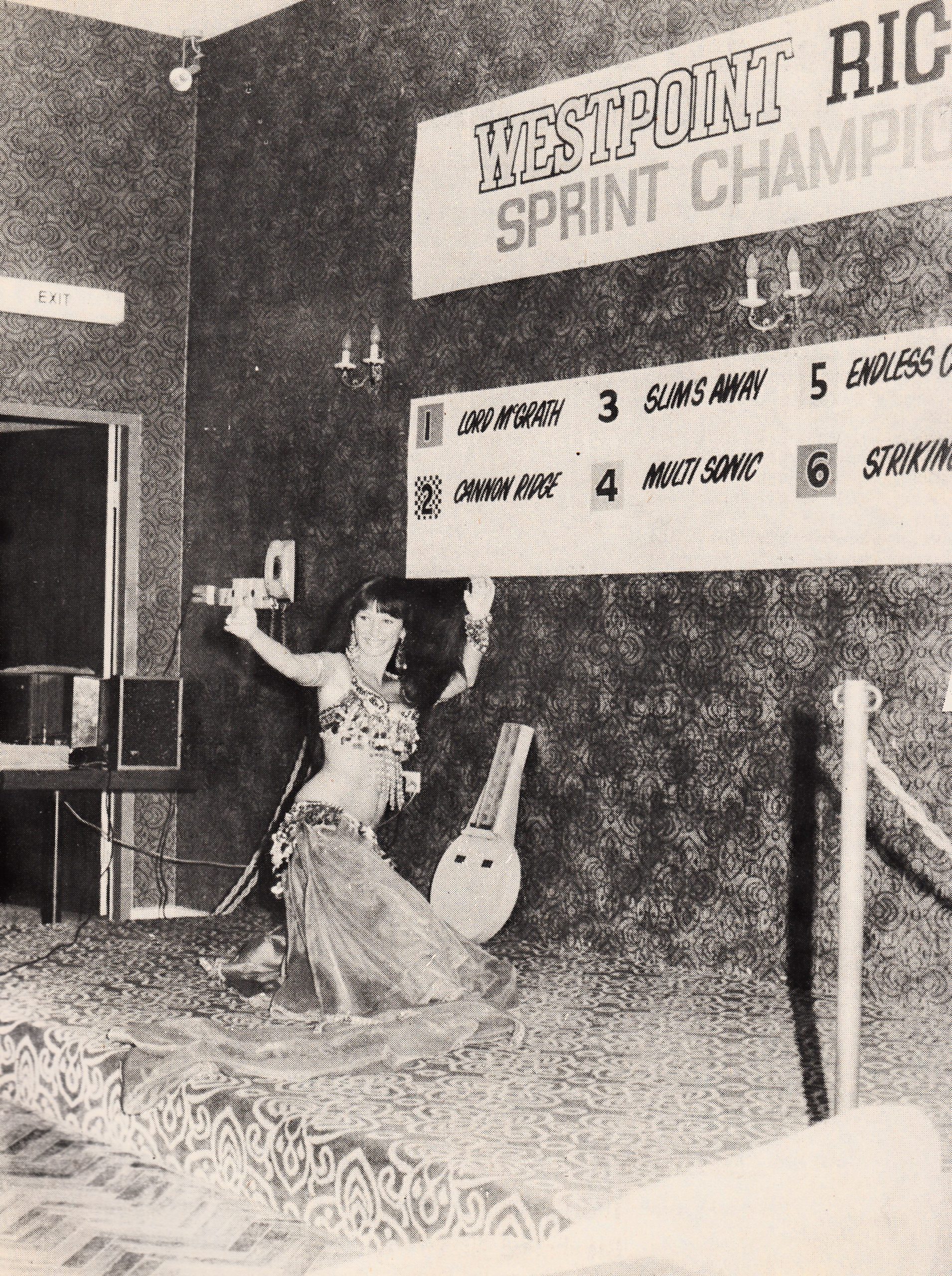