Was she the best bitch of all time perhaps she was a superstar Sandi’s Me Mum. Brindle Bitch (Red Swinger x Sandilock) Whelped June 1987. Trainer the late Gerry O’Keefe, Owners: Gerry O’Keefe and Betty Lorrimar. Induction into the AGRA Hall of Fame 2001. 92 stars: 62 wins and 18 placings. 1989 and 1990 WA Greyhound of the Year
In 1990, the World Greyhound Federation voted her one of the world’s eight best greyhounds. Career prizemoney: $272,831
Feature Career Wins Included: 1989 Sandown Laurels, 1989 West Australian Winter Cup,1989 National Sprint Title, Cannington. 1989 Cannington Invitation,1990 Anniversary Cup, Cannington,1990 Adelaide Cup, Angle Park. 1990 WA Winter Cup, Cannington,1990 National Sprint Title, Sandown,1991 All Star Classic, Cannington. 1991 Mandurah Cup,1991 Ansett Breeders Stake, Cannington.
Career Track Records: 1989 Anniversary Cup, Cannington – (31.59),1990 West Australian Winter Cup, Cannington – (31.24),1990 Qualifying State Final Cannington – (31.67)
Sandi’s Me Mum was fortunate to only ever suffer a shoulder injury in her illustrious career. Sandi’s Me Mum was crowned Western Australia ‘s 1989 Greyhound of the Year in a unanimous 8-0 vote. Sandi’s Me Mum became only the fourth greyhound to secure the prestigious Adelaide Cup-Anniversary Cup double in the same year and went on to become the first greyhound to clinch back to back National Sprint titles in the event’s history. She was again crowned Western Australian Greyhound of the Year in 1990, and was also voted one of the world’s best eight greyhounds for 1990 by the World Greyhound Federation in Massachusetts, United States.

Dave Simo – What an amazing greyhound. I saw her first start when a beaten odds on favourite. She certainly atoned for that many times over.
Millsy Paul– What a bitch n top bloke Gerry was huge fan this bitch so was delighted when Amy’s doll equaled her track record first up @ Cannington in her cup heat / sandi s me mum one of the best
Majella Ferguson– She was a 🌟
Kerry Chalker– Great greyhound -ran third to her in the Laurels with Hazpizazz
Marg Long– Absolute champion
Raymond Robey– At the time ,i was editing “Greyhound racing clubs register” which was actually a track and travel magazine. Humbly speaking, i arranged for that colour photo of the presentation to be the front cover of the magazine. A tribute to a great chaser chaser and her connections.…
Davo Simo– 1988 was the nationals impacted by the airline pilots strike. Greyhounds from interstate had to get to Perth by whatever means they possibly could.
Dianrose Foreshew– ever heard of zoom top
John Stephens– We are all biased to our preferences. Fact is Sandy was up there with the very very best…Zoom Top, Highly Blessed, Cheltenham Lass, Paua to Burn etc Different eras different States different ‘champions’
Peter Bellamy– flying amy 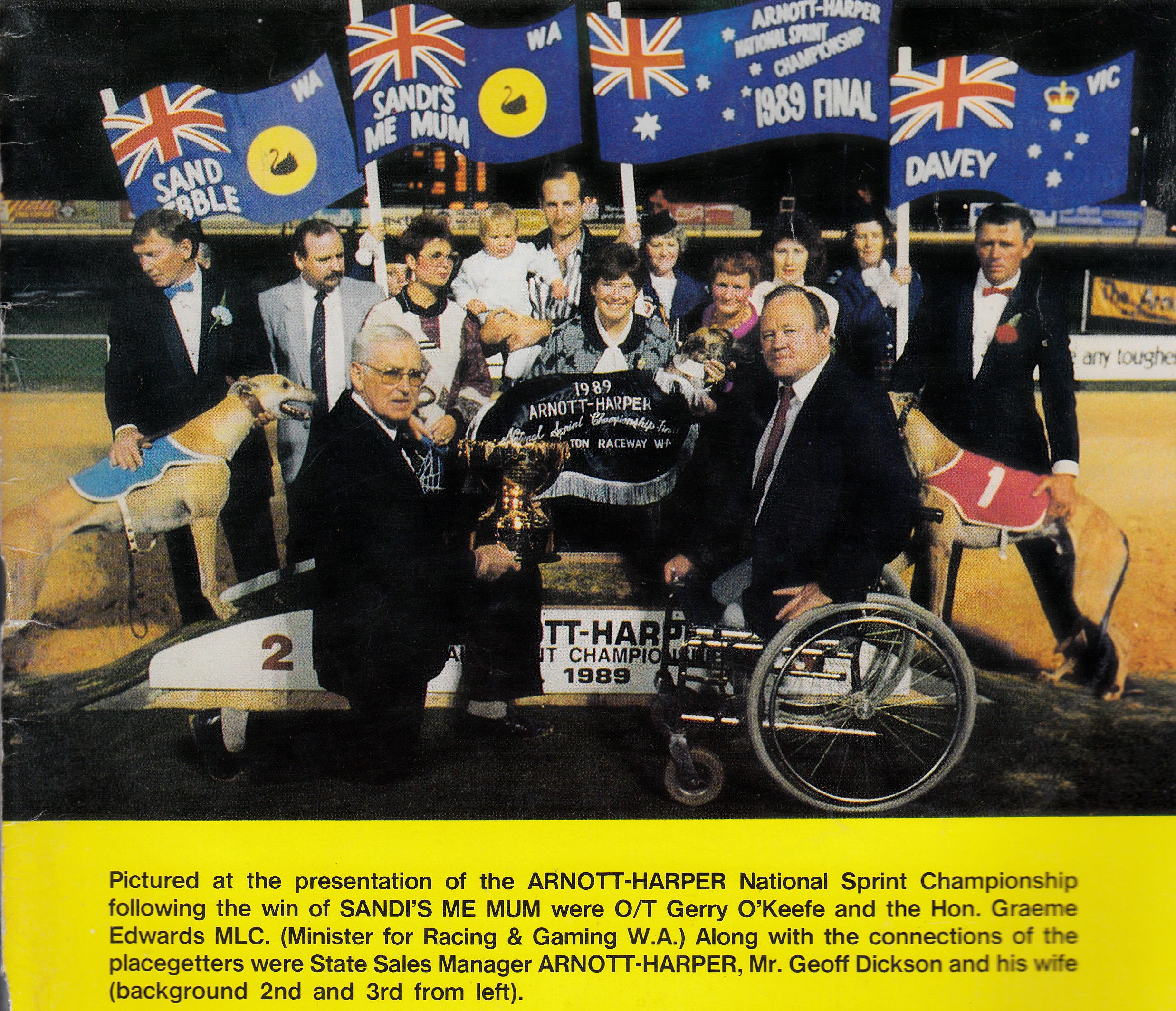 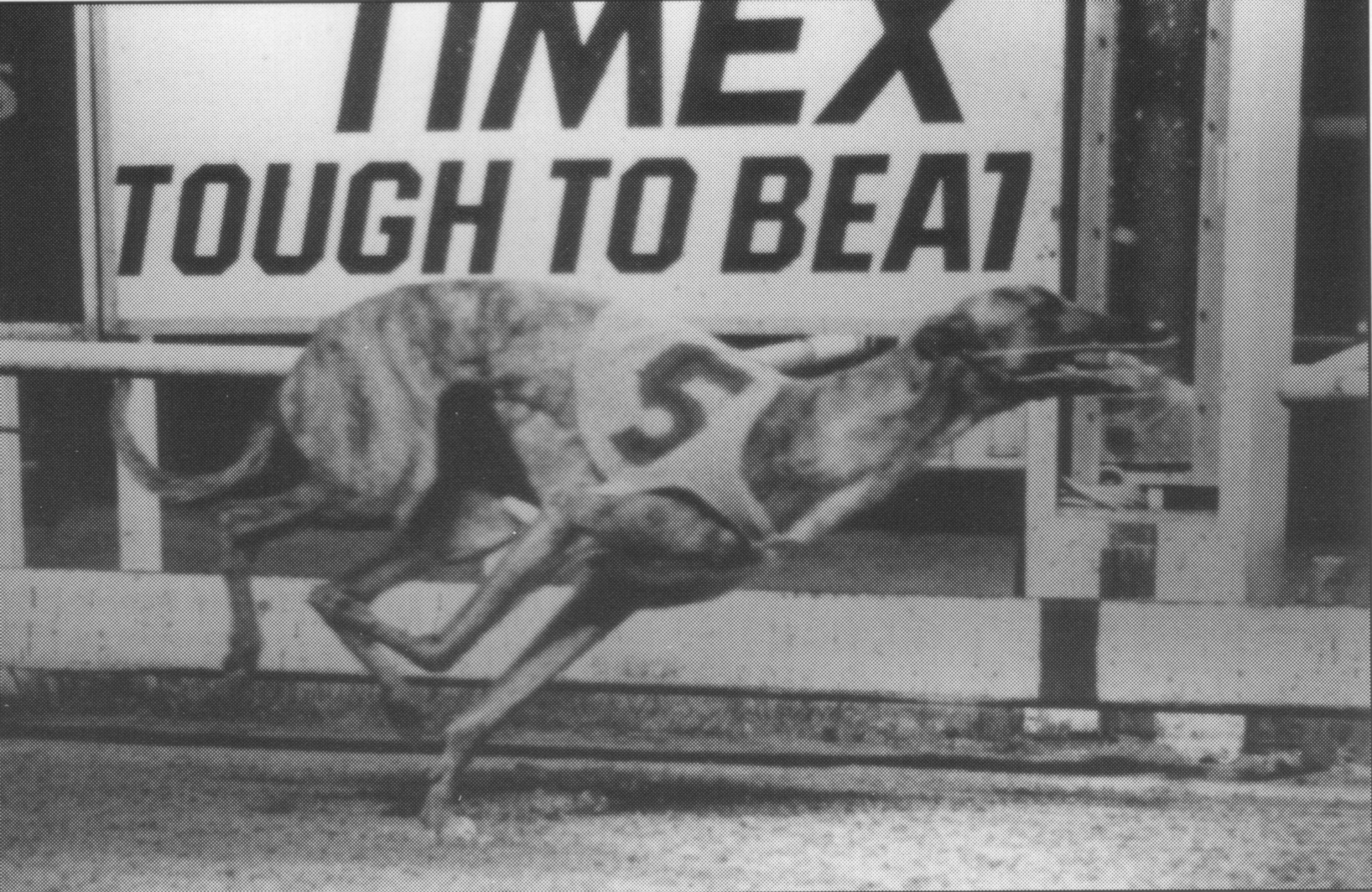 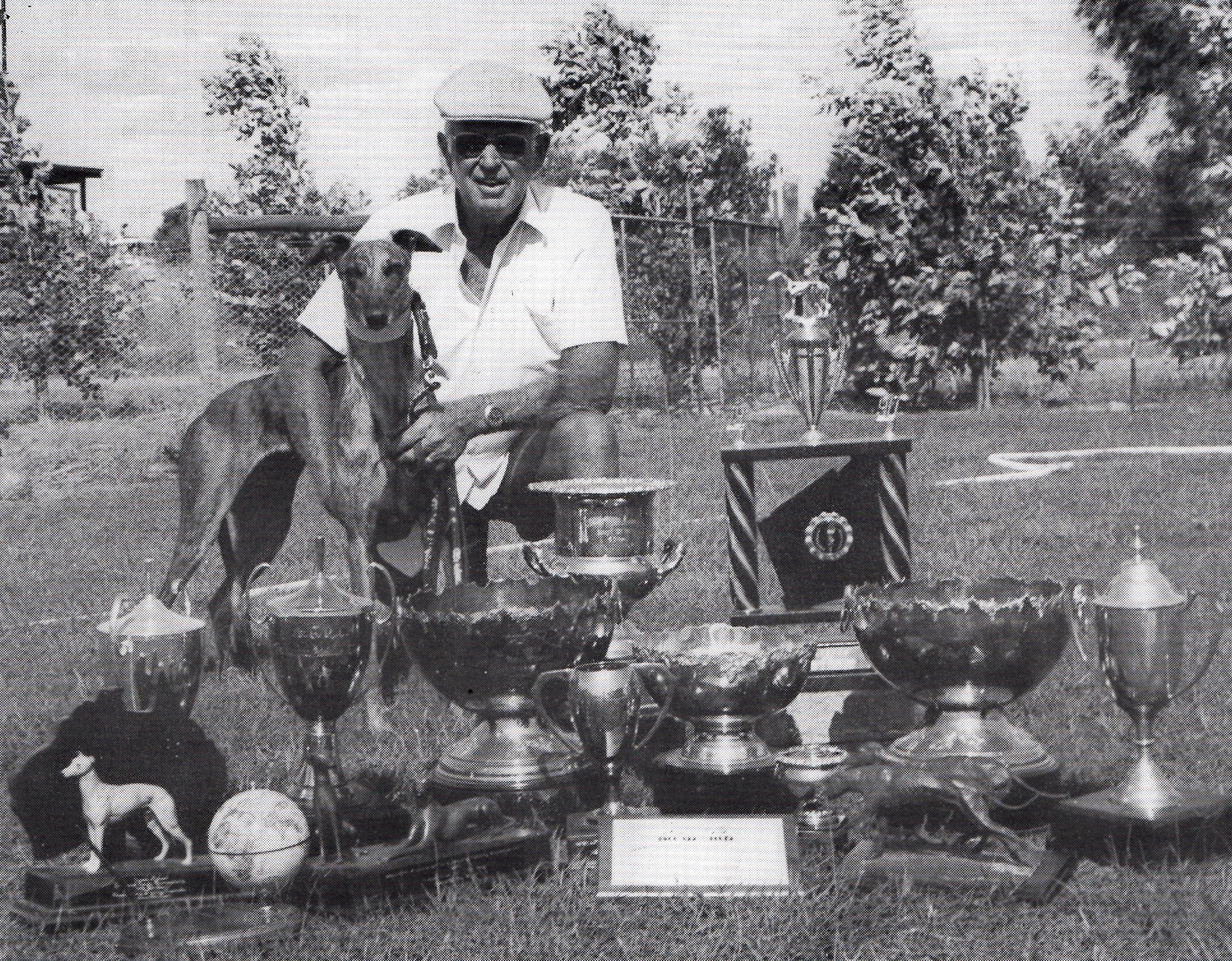