Reg Hazelgrove – Neil what the name of the classy stayer from Sydney she lived in half a tank took her out of the yard to race and put her back after the race if that’s correct was it Dotie Wilson.

Jeff Collerson – Dotie Wilson was NSW Greyhound ofthe Year in 1975. She was owned & trained by Jim Canning a male nurse at Morriset Psychiatric Hospital north of Sydney. In 1975 she won five of the 11 major finals (no group races then) she contested and although trained in NSW she loved the Gabba where she was undefeated in 8 starts. 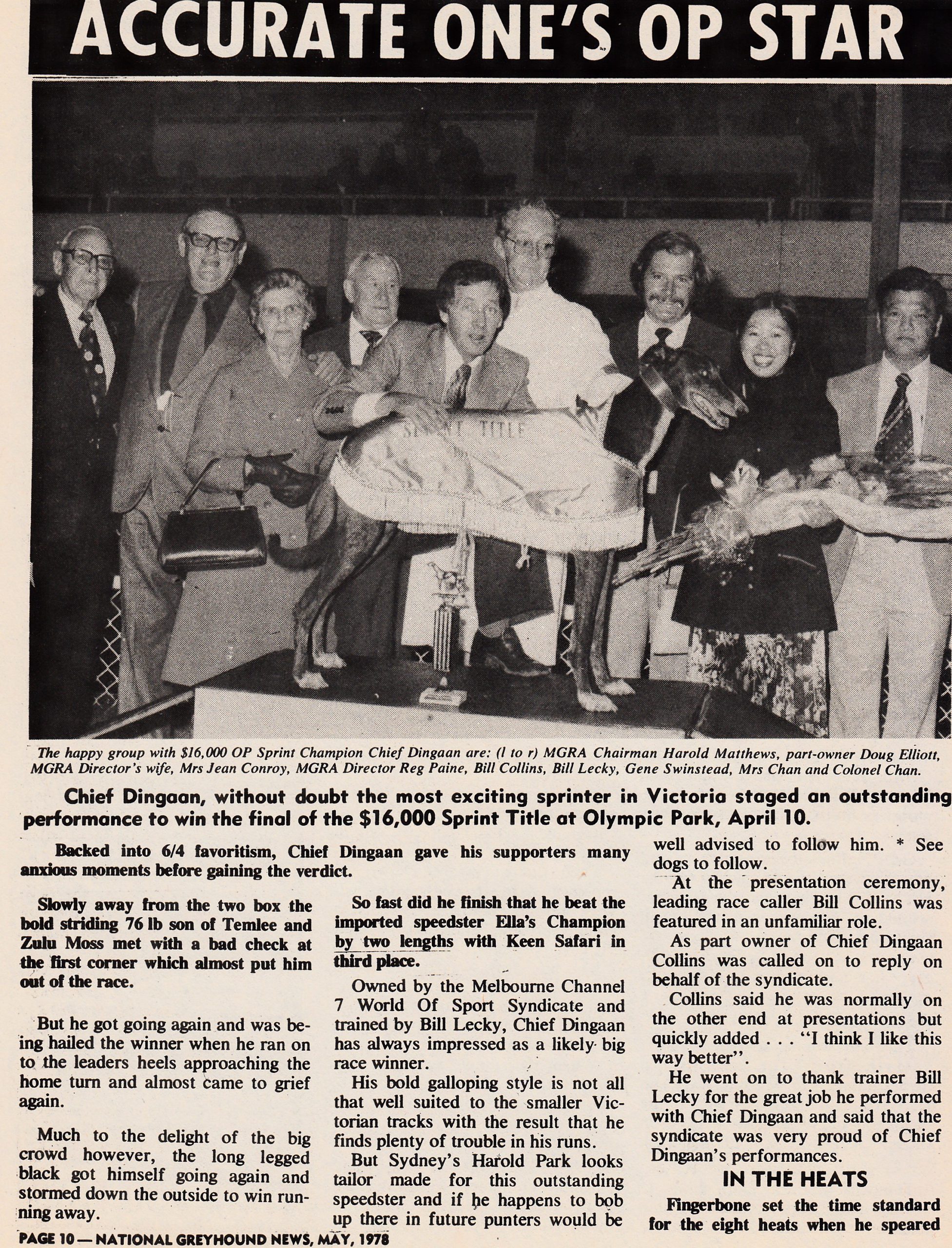