No surprise to see veteran trainer breeder administrator Daryl Holmes racing a quick dog with speedster El Dorado. He has recently recording some top city wins. In a long career full of highlights Daryl and his family go back to the 70’s when he trained outstanding stayer Delbairn Babe. A track record holder at Olympic Park she won the 1977 Maidment Memorial and the 77 Anniversary Trophy. She went on to become a great producer with litters to Tangaloa, Bowetzel, Chief Dingaan and Dynamic Dean. Her best pup without doubt was the mighty race and stud dog Tangairn. Daryl also raced and bred with top class bitch Sarah’s Sanction, she produced Dark Horizon the dam of Daryl’s star performers and stud dogs Black Shiraz and Big Ginger Boy. Daryl also bred and raced 1999 Maturity winner Coriole she also won a Lizrene Classic and Easter Cup. I am sure there is another fast dog not far away and it’s great to see him still at it. He lived for a long period of time in my Suburb of Keysborough and I often bumped into him while exercising my dogs in my training days.

Shane Hookey – Only ran into Daryl a month or 2 ago,has been in the caper forever,a super bloke who always had time for us younger people in the sport,during the glory years of the 70s and 80s,was surprised he still remembered me,and not surprising to me,he hasn’t changed one bit,great to see he has still got a good one,well done Daryl !!
John Reid – Daryl,not only a top notch trainer ,through gentleman,but a friend to all,he has helped many budding trainers,and always found time for all who have requested his advice,thanks mate,
Kerry Chalker – John Reid agree John nice bloke & great trainer
Jeff Collerson – Kerry Chalker Met Darryl when he came to Sydney a few years back. brought a dog called Sangiovese to WP and wanted to put $3000 on him of a fast trial. You wouldn’t believe it but the dog blew the start, worked his way to the lead but got caught after using up all his petrol in the last couple of strides. Great bloke and very good trainer
John Staines – He’s been a great trainer for decades.
Malcolm Drysdale – John Staines Black Shiraz . !!
Shane Gordon – Gentleman of the sport
Steve Shinners – Very good trainer ,well respected man
Wayne Drew – What a legend of the industry!
Des Dooley – Outstanding contributor to greyhound racing as administrator, trainer, breeder and stud master. Hard to believe he hasn’t been inducted into the Hall of Fame.
John Staines – Yes I agree with you one hundred percent. 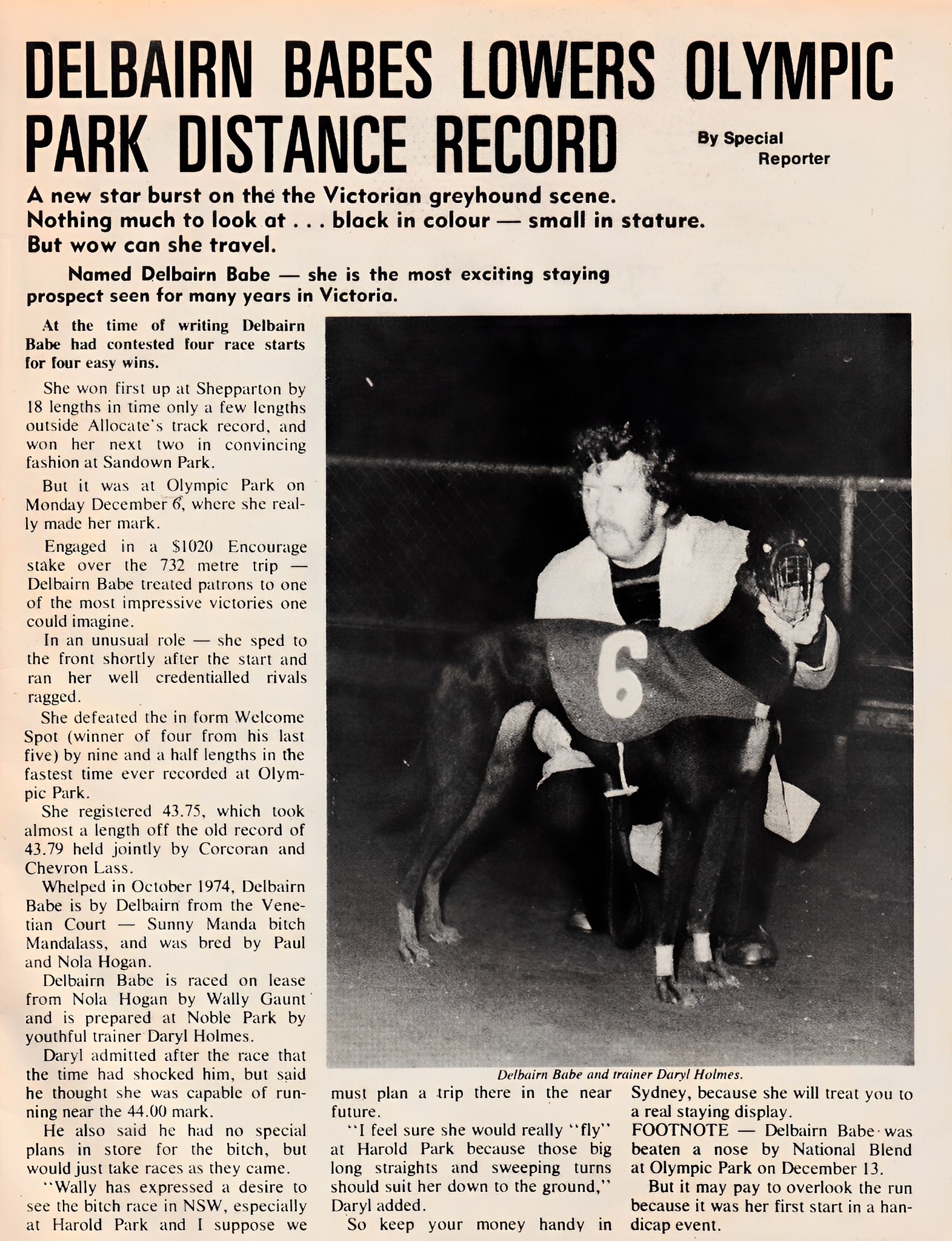