One of South Australia’s best Hall of Famer Doug Payne

Jeff Collerson remarked – Am still in touch with Graham Fischer who owned Ascapella Miss one of Doug’s great dogs. 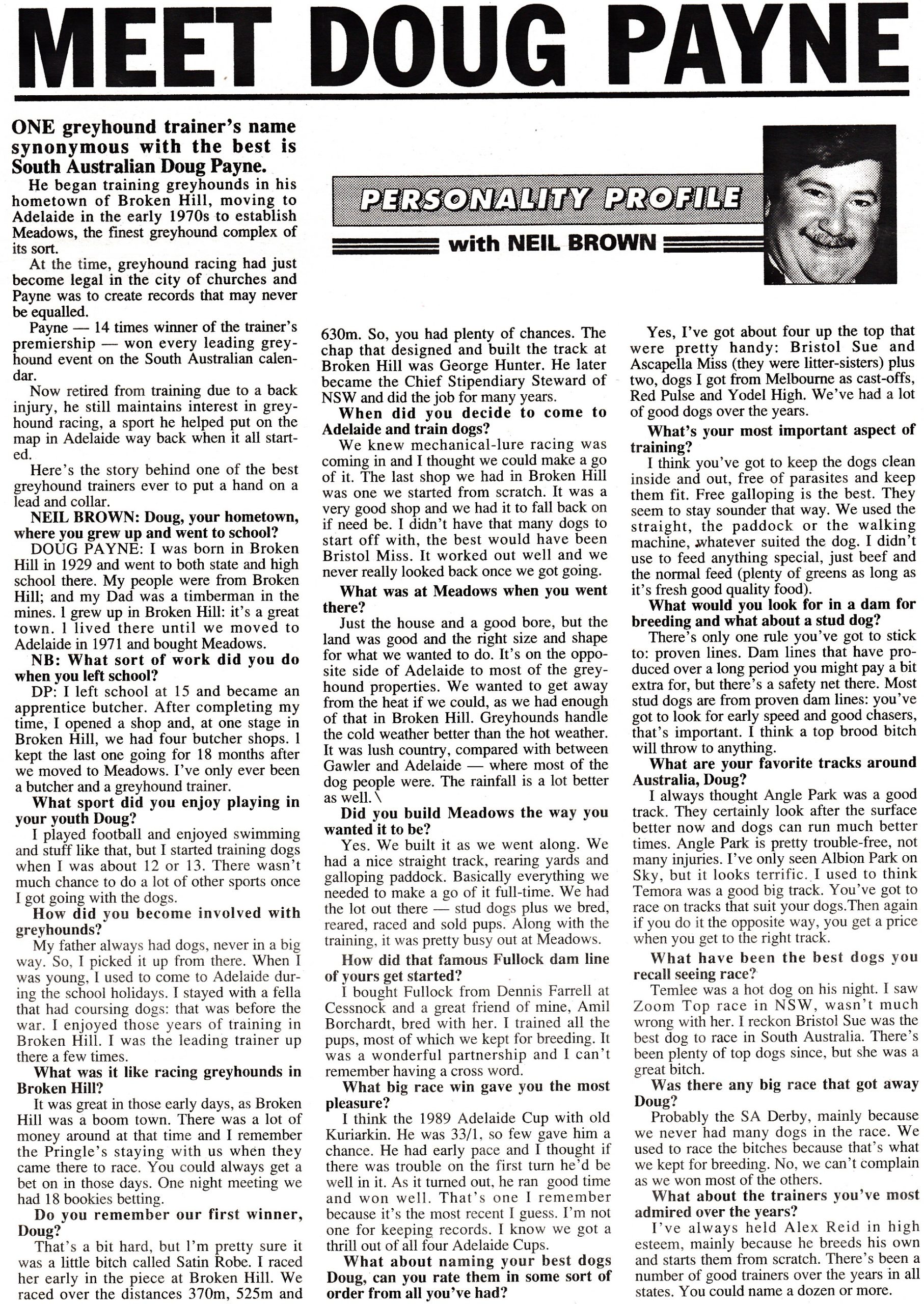 Here is a description of his famious Meadows property when it was put up for sale in 1981. 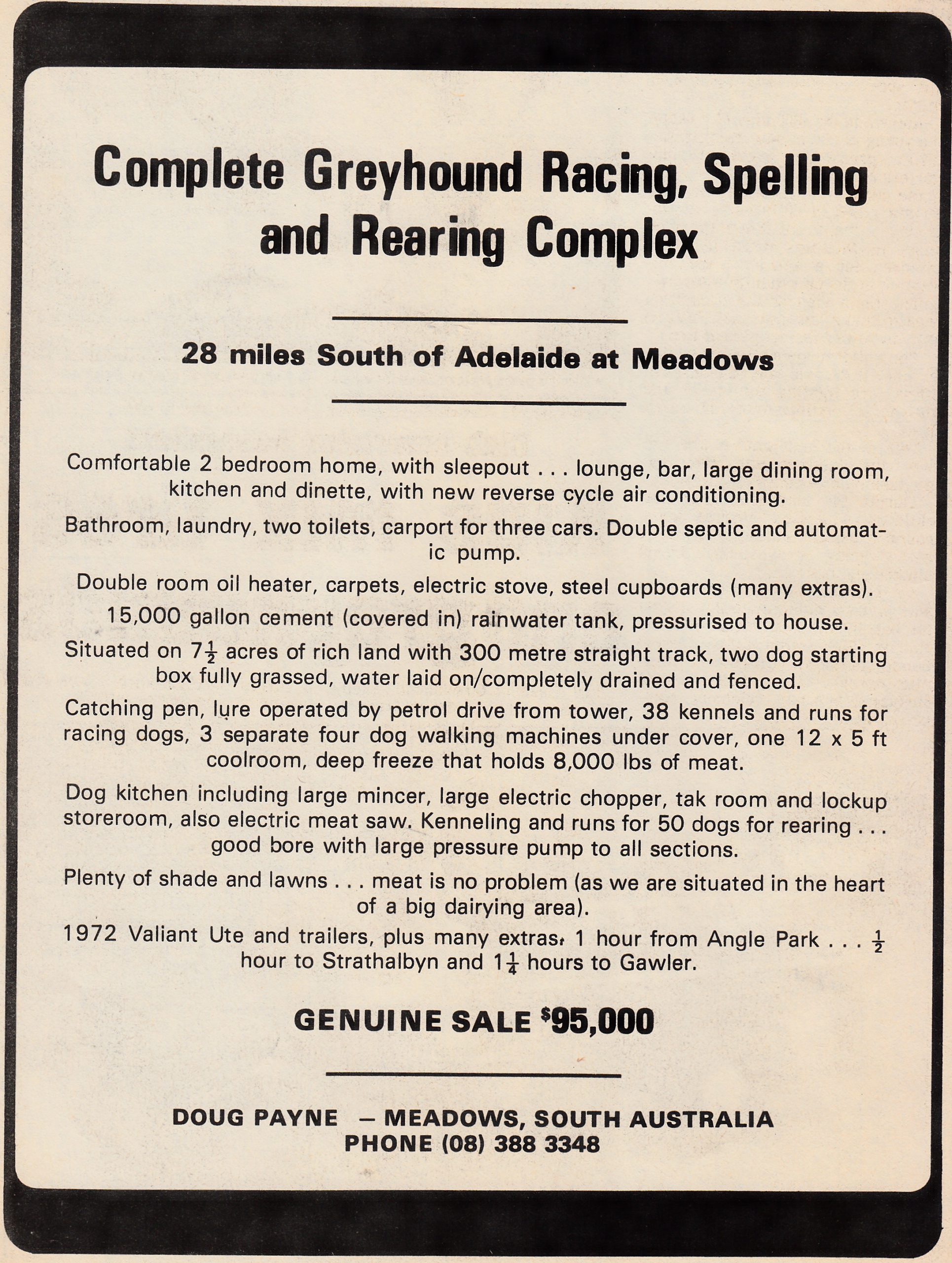 Howard Gray– Property was bought by the late Warren Bowden who had some success there for a while. Owned a very good stayer Raven Kelly and her litter sister whose name escapes me..