Des Dooley – Neil, re the string lanes. I was told many years ago that whippets used to race in lanes, probably pre 1950, in the Western suburbs of Melbourne. There was no lure, just the owners whistling the dogs up to them. Apparently it was uncanny how consistently the whippets would run the same time just by being whistled up. Somebody older than me will now a bit more about this activity.

Neil Brown– Des Dooley I had some photo’s of the Whippets Des they are on the Website. I think it was at Flemington Bridge. Your right that’s the only pic I have seen with greyhounds on string lines.

Coral Scott– Yes I watched the whippets many times at white city I liked them as a 12 year old the best part for me was catching them at the finish they didn’t want to be caught until they were spent bookmakers bet on them..doug

Kerry Chalker– Are we getting back to 4 dog races?
Doug’s memories MUST be put in black & white -have spoken with him a couple of times & his stories are priceless

Ken Mccann– not good at all for the punters 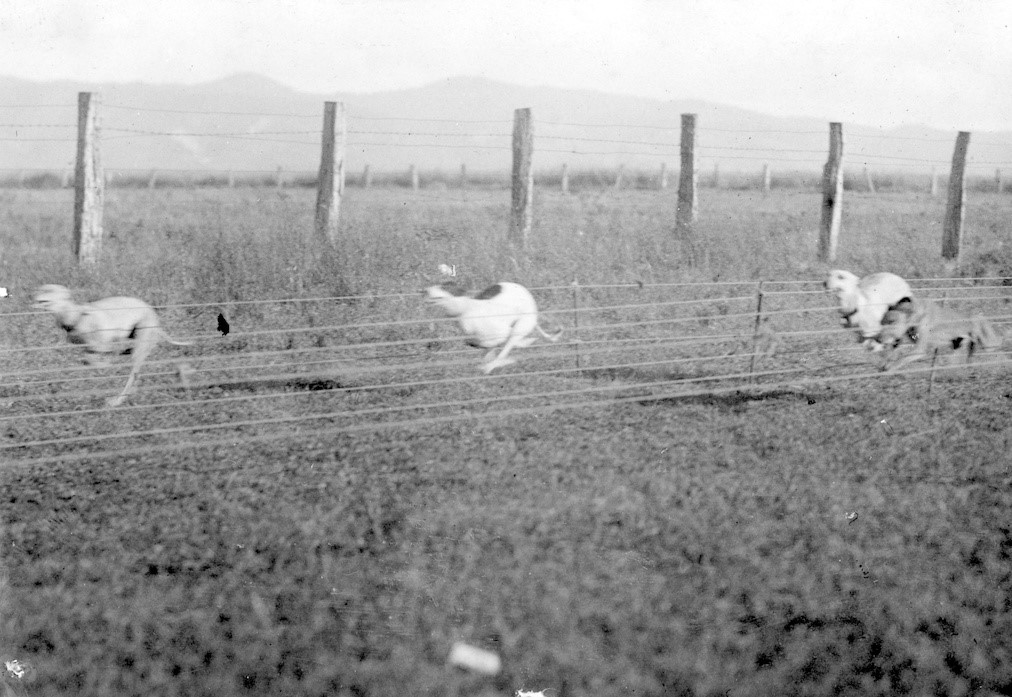