Peter Griffen asked me to find a story about the “Unorthodox” training methods of the late Ed Tucker. Ed trained one of favourite Sandown dogs the 1972 Melbourne Cup winner Gold Grotto. Gold Grotto use to own Sandown Park. Grotto wasn’t his first Melbourne Cup winner as he had put the polish on the last Cup winner when the race was held at Napier Park up the 400 yard straight. A young pup named Wanalta Chief in 1954. The race was worth 825 pounds Wanalta Chief was 19 months old, a 10/1 chance and he started of 12 yards. Winning by a head from Murray Bay in 20 9/16ths. According to reports he ran all over the track causing massive interference in an amazing display of erratic speed. Here is Noel Christensen’s story from 1972. Plus a photo of another outstanding sprinter Ed trained Court Honour. 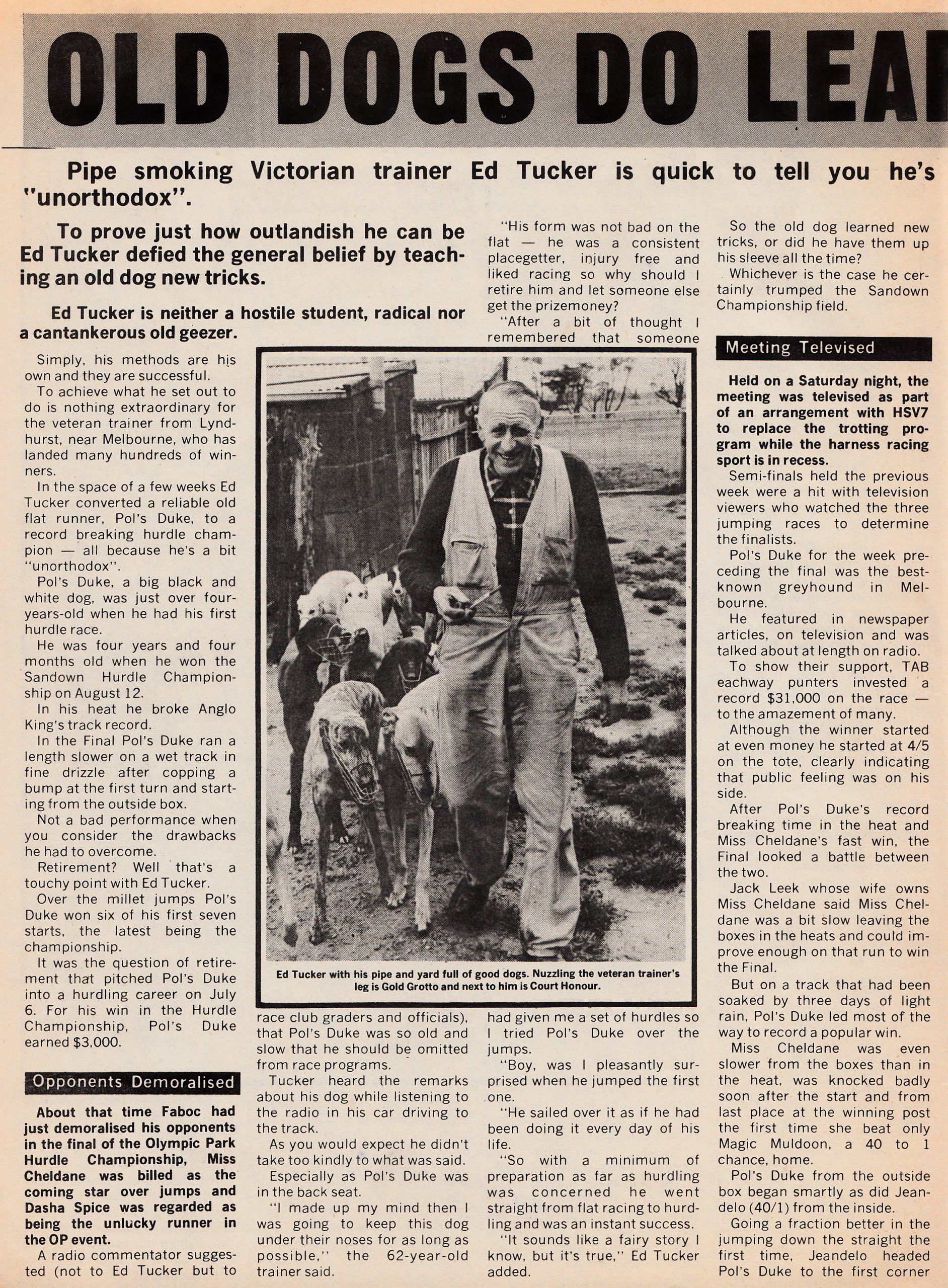 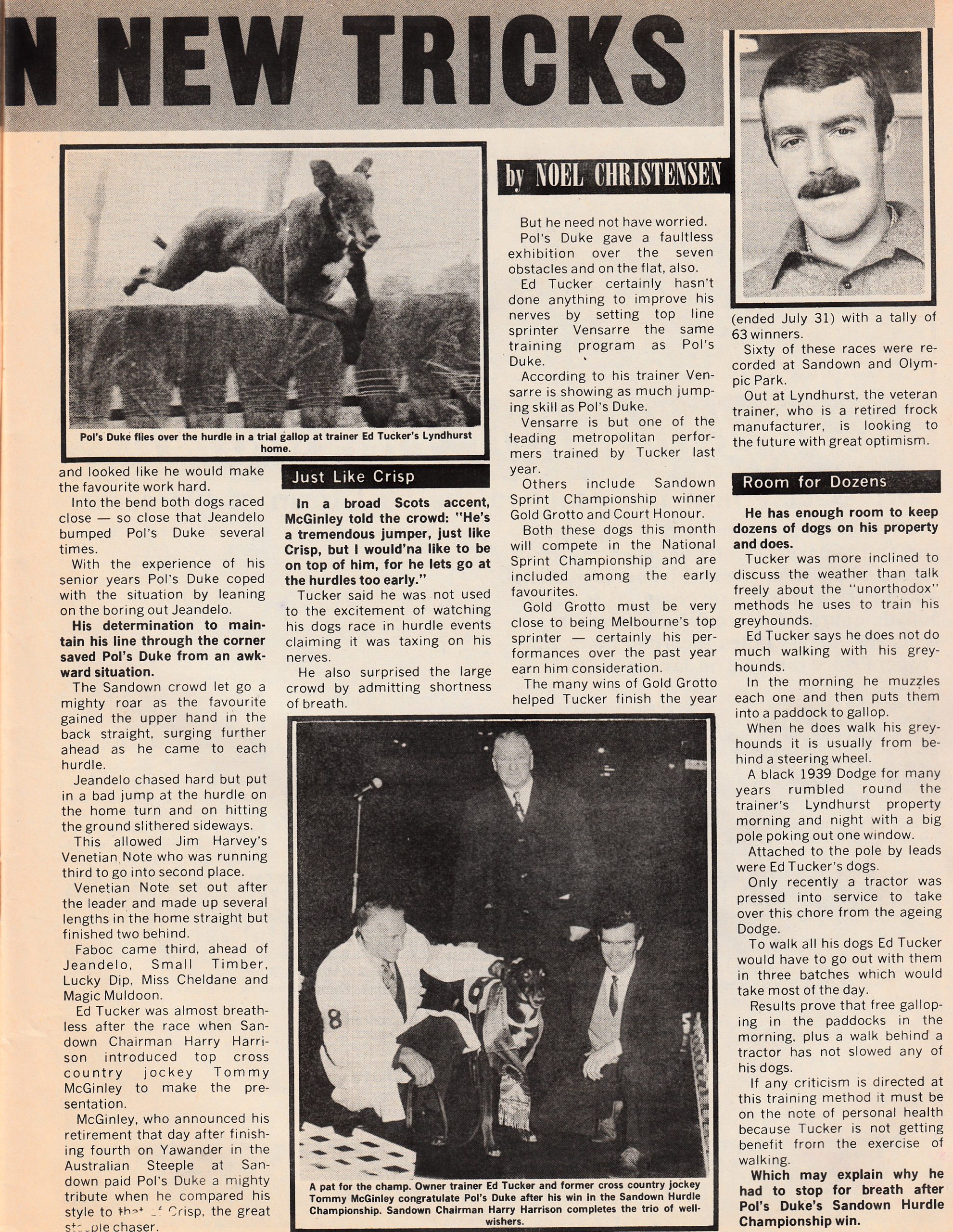 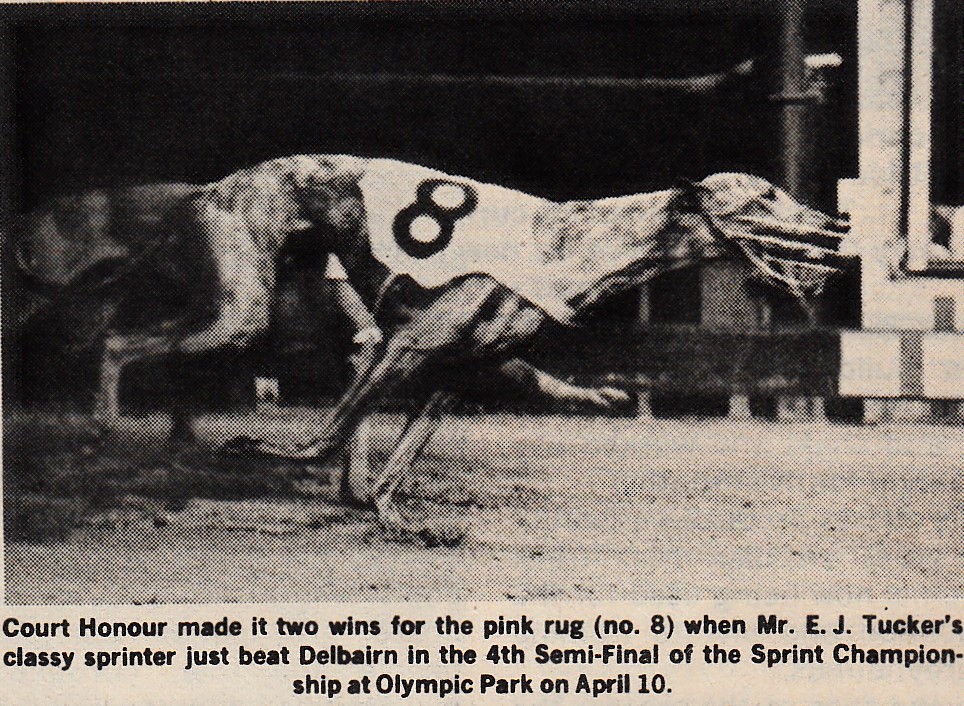