The footing running days at Olympic Park. I know Howard Culph remembers them fondly. Like most things to do with Pro-running I’m not sure every event was above board. Here is Mark Hipworth an outstanding 400 metre runner and a very handy footballer. He played at my club Springvale in the early 80’s and at Coburg prior to that. Good bloke and a mate of a mate mine Dave Haigh who raced dogs with us and won a 400 foot race on Melbourne Cup night at Sandown.

Kerry Chalker -Terrible thing to say about pro runners Neil -great memories of pro running 🏃‍♀️
Colin Chin– How many of us can say they’ve run in the Stawell Gift
Howard Culph– I remember betting at ocean grove on the 400m one day, they backed a bloke who had to improve four seconds from 7/1 to evens. He didn’t improve, but the rest of the field lost five seconds in the final……they all jogged up and down on the spot.
Neil Brown– I knew you would have the odd story Howard. Sandown’s CEO Adrian Scott told me a few. One of an alteration at Olympic with the above Mark Hipworth claims of race costing interference. Stewards gave Adrian 6 weeks. You get less for knocking a bloke out cold. 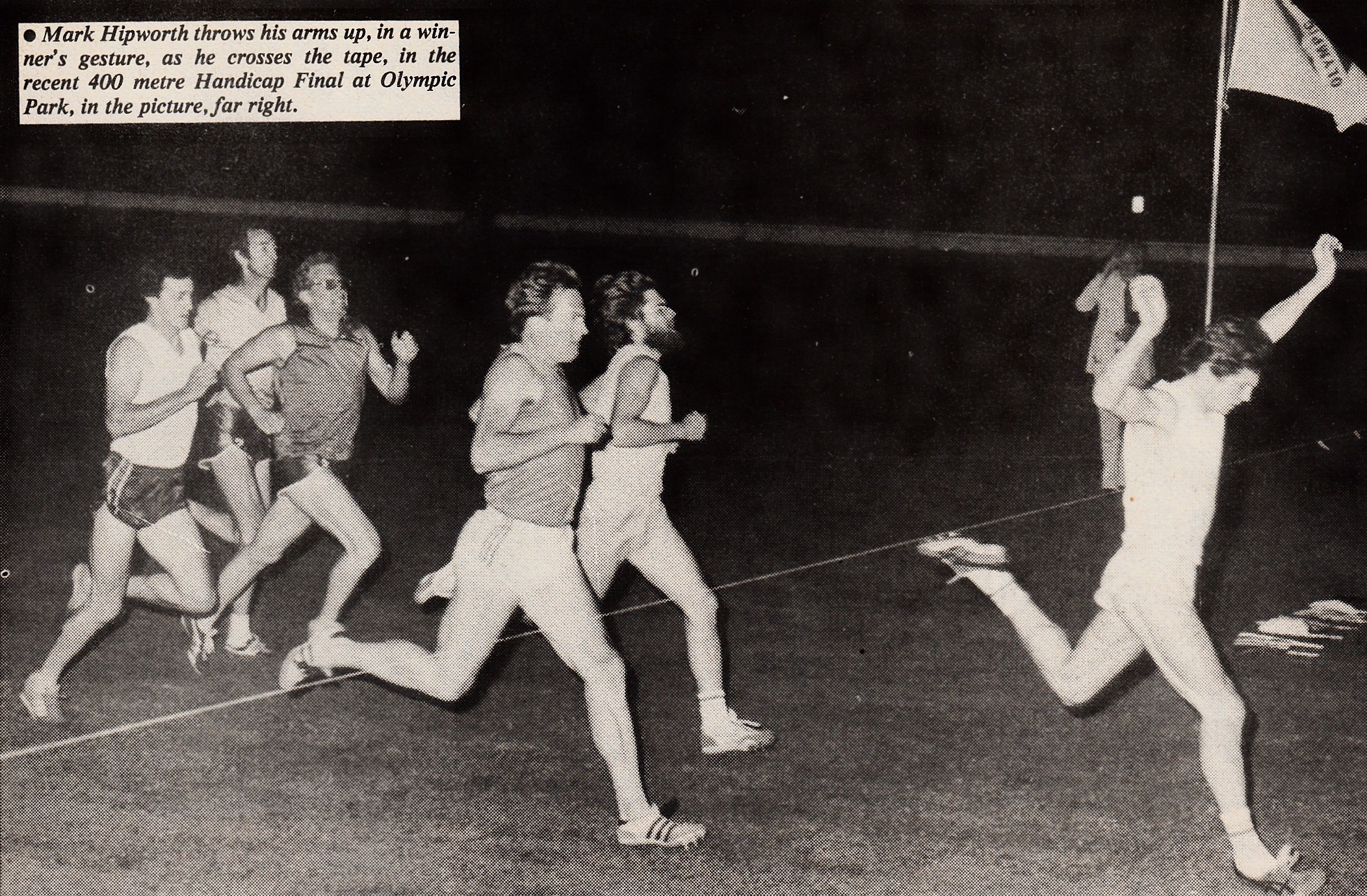