Wonderful chaser for Kevin Keys back in 1996. Grand Deal.

Michael Haskas – Kevin had some good dogs
John Stephens – A really nice guy. Came down to Sandown for an early Topgun. As I recall a Dapto stalwart and fine ‘dog’ man
RonRita Arnold – A most decent bloke and was Secretary of Dapto for some years and his Dad Charlie was a Legend in Admin
Matthew Clark – His sire Gay Rajah was a bloody top dog in his day!
Craig Davis – Matthew Clark U would be the only one old enough to remember that.
Matthew Clark – Craig Davis was only a kid but was trained by Phil Newman from Beaconsfield. Bloody good trainer he was! 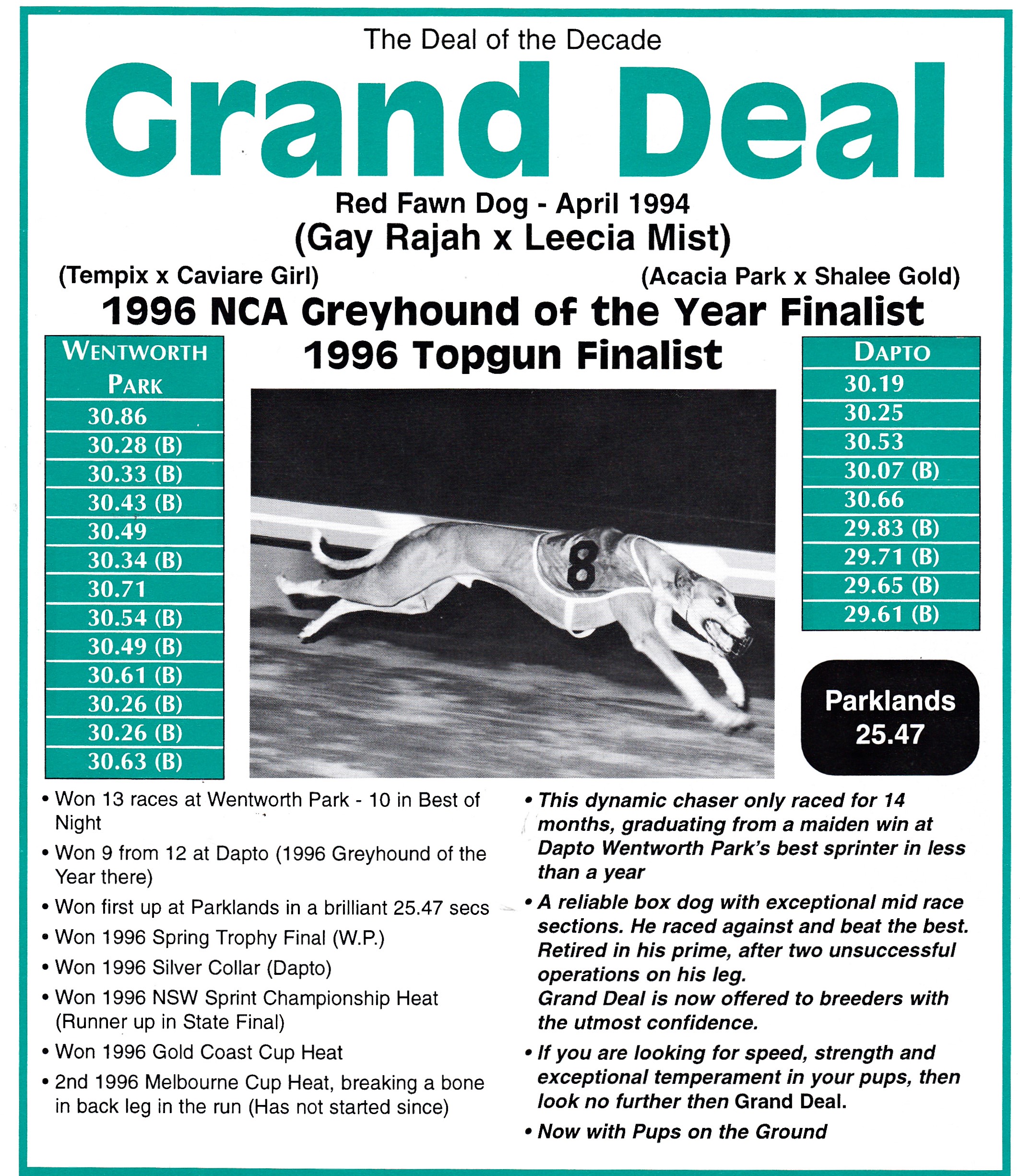