Smart sprinter of the late 90’s Great Wish (Billy Binjang x New Wish) dam a super producer. Won 1999 Peter Mosman, SA Derby and Shoot-Out. 51 starts for 20 wins and 17 placings. Trained by George Kantzidis. Interesting character George I had him as a guest on the Catching Pen it was when we used to do it live on Sunday night’s form the Channel 9 Newsroom in Richmond. I got worry when there was no sign of him, he arrived 20 seconds before we went to air, acting like he was early. Great Wish left a few pups best that come to mind Triple Trio and Zippy Star.

Ed Carunua – What a great dog bred by Charlie Micallef and owned by Anne and John Panetta. Charlie was a great greyhound person, his son Phillip a former GOTBA President still races dogs. Charlie passed away a few years ago and his lovely wife Joan left us just two weeks ago.

Sid Swain– Jamie Garner he was the youngest dog to have ever won the Golden Easter egg Jamie .

Jamie Garner– Sid Swain i remember him well, seen him go around wenty a couple of times.
He was a very special dog!

Sid Swain– It was a classic nite a few years back when dapto held the three dog shootout .
Flying amy
Lets be frank.
Aust wide .
We went to the boxes dressed up like hopalong Cassidy ronny ball and i got first choice of the hats ray ended up with a boler hat next time yr at dapto go to the upstairs restaurant and check ray out . 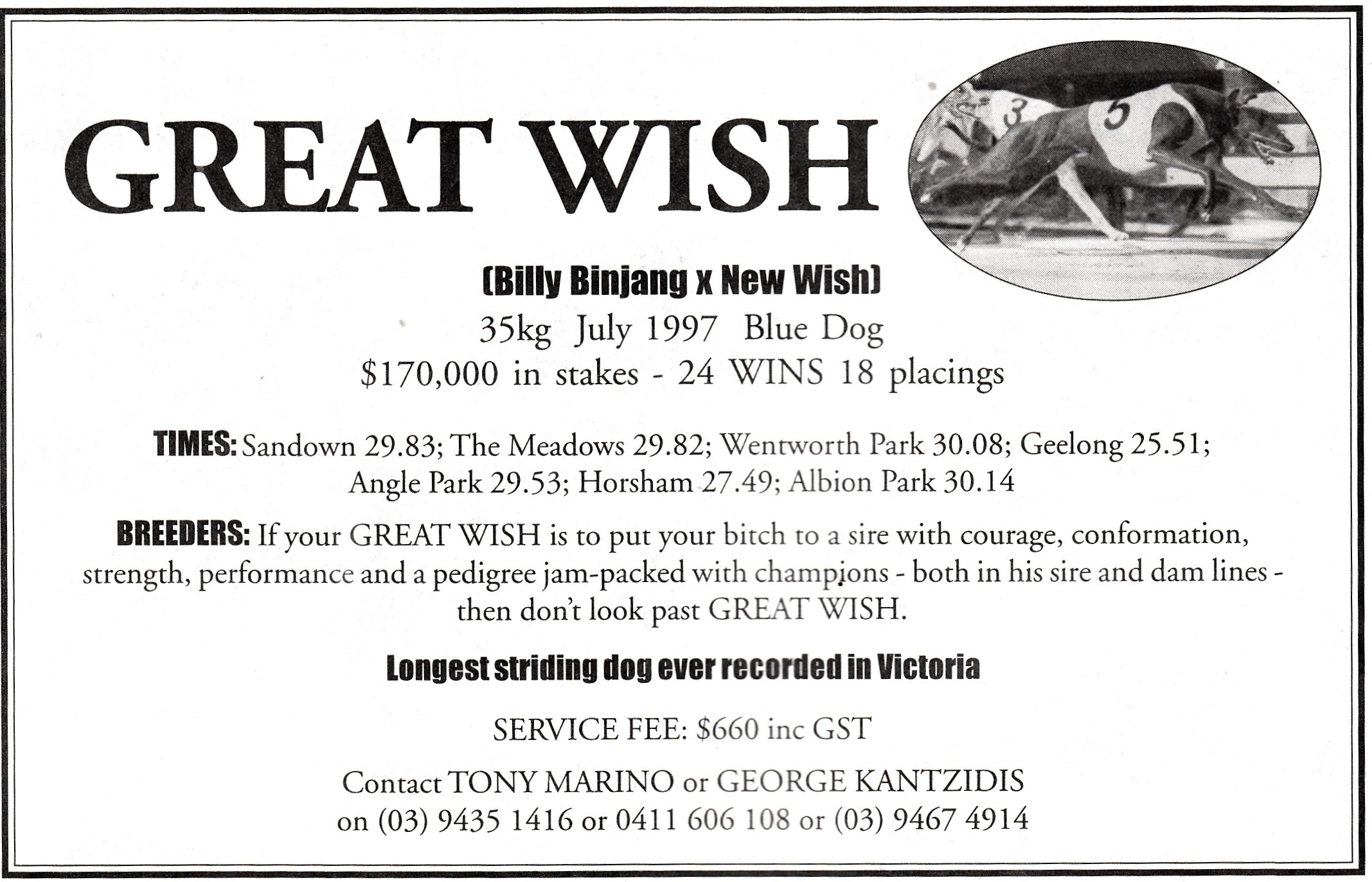 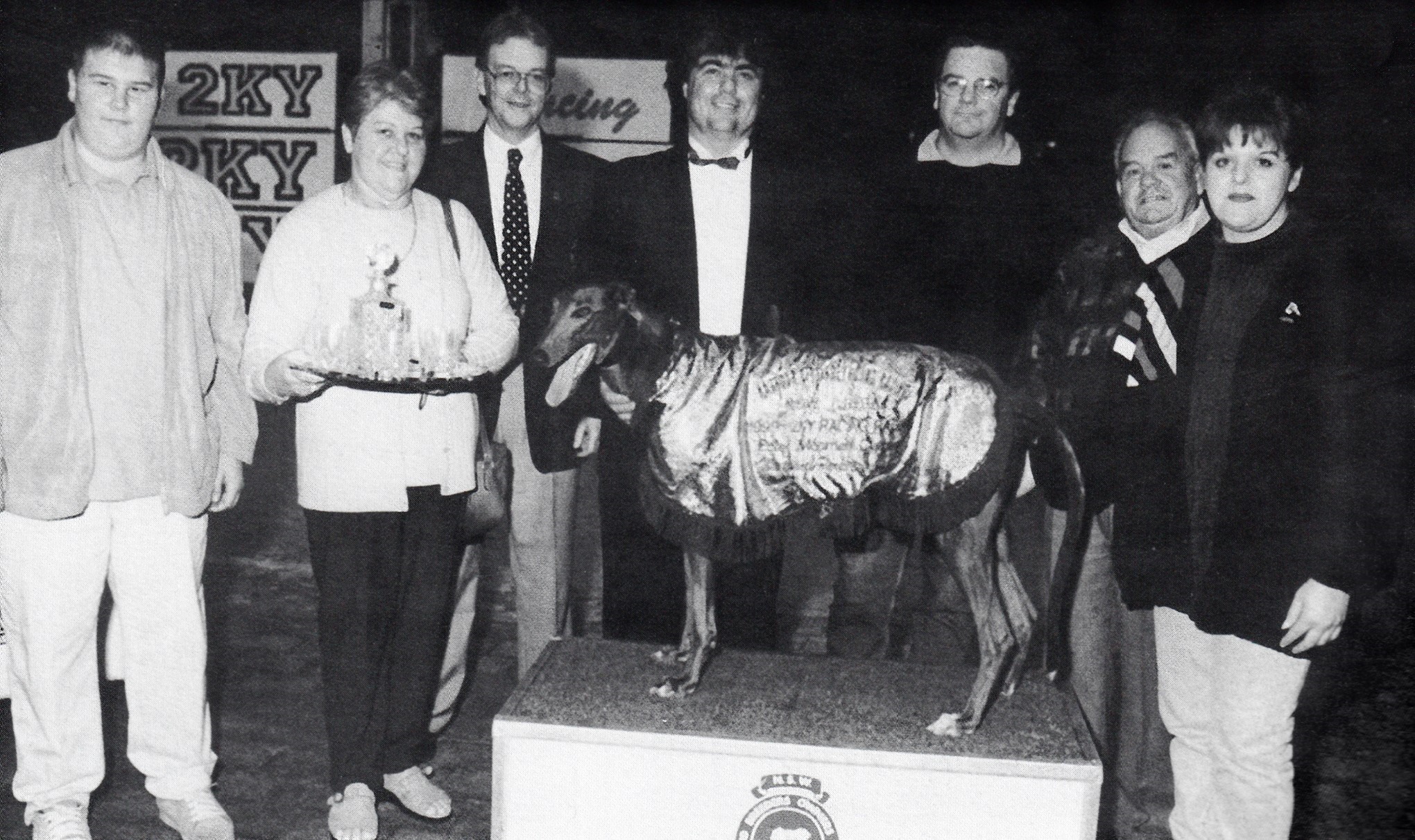