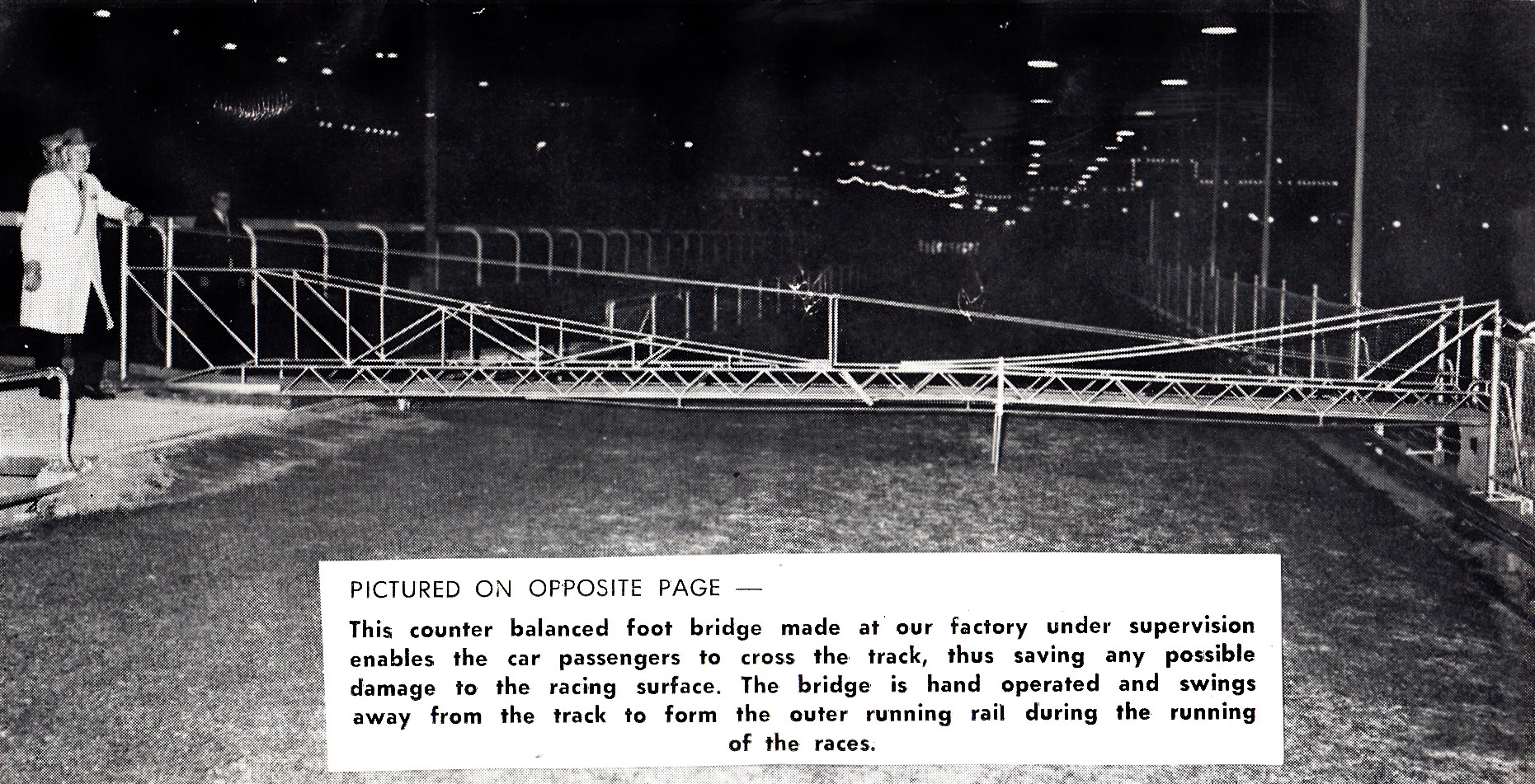 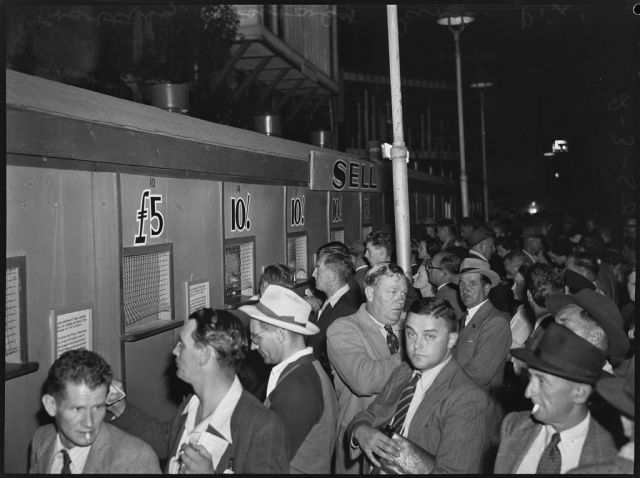 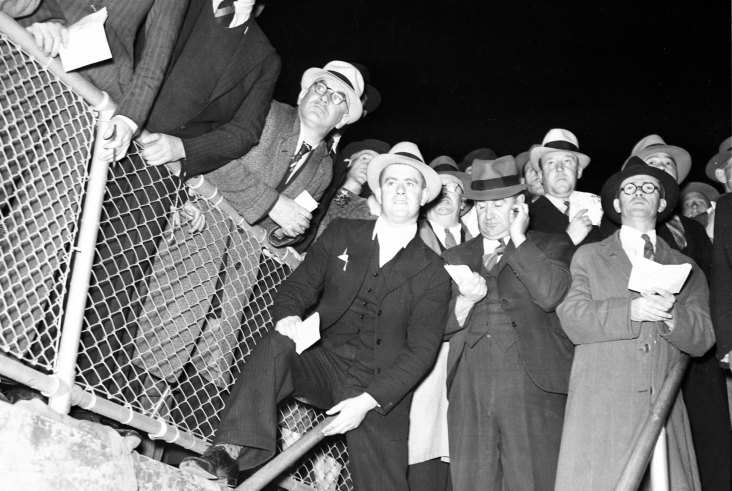 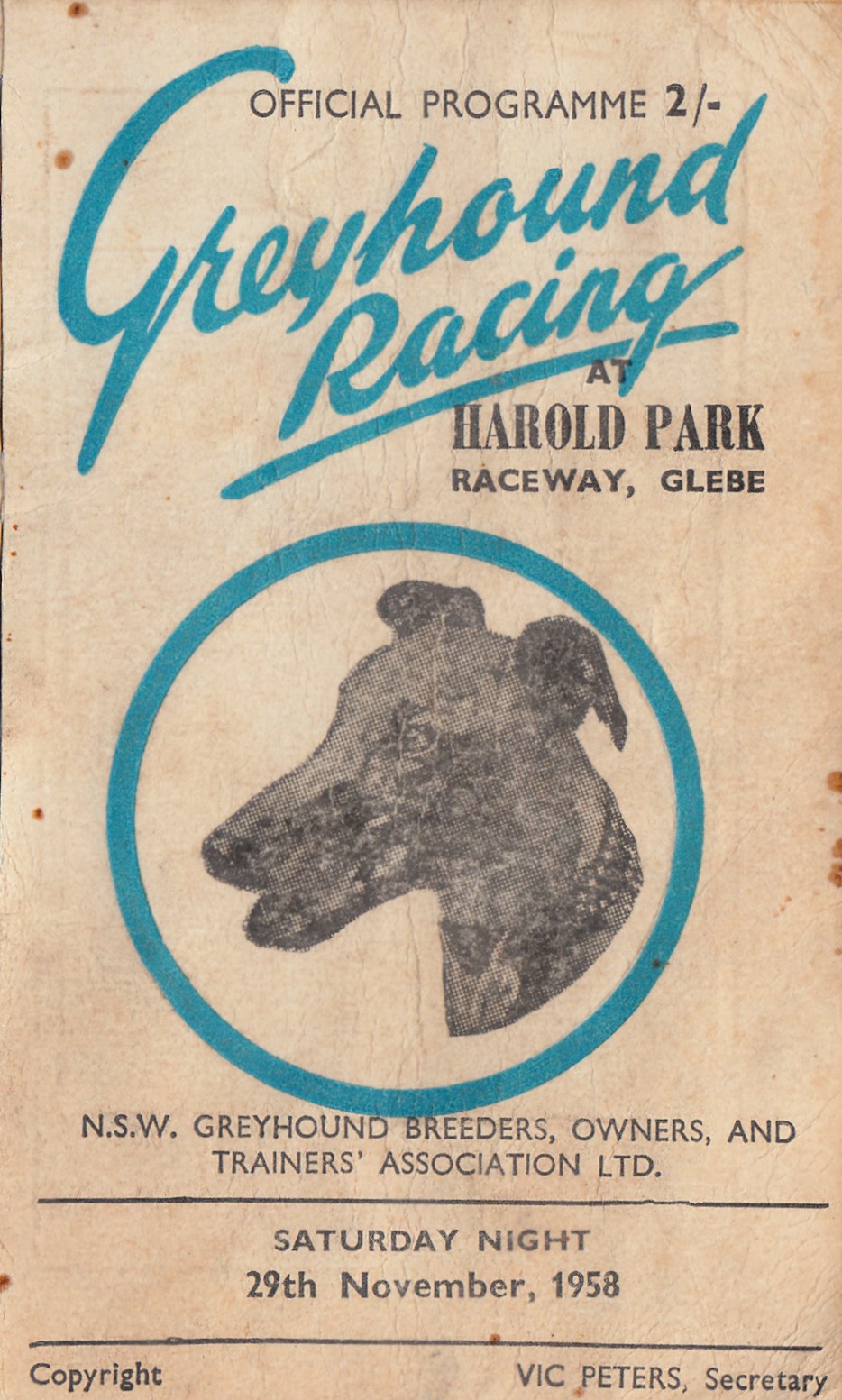 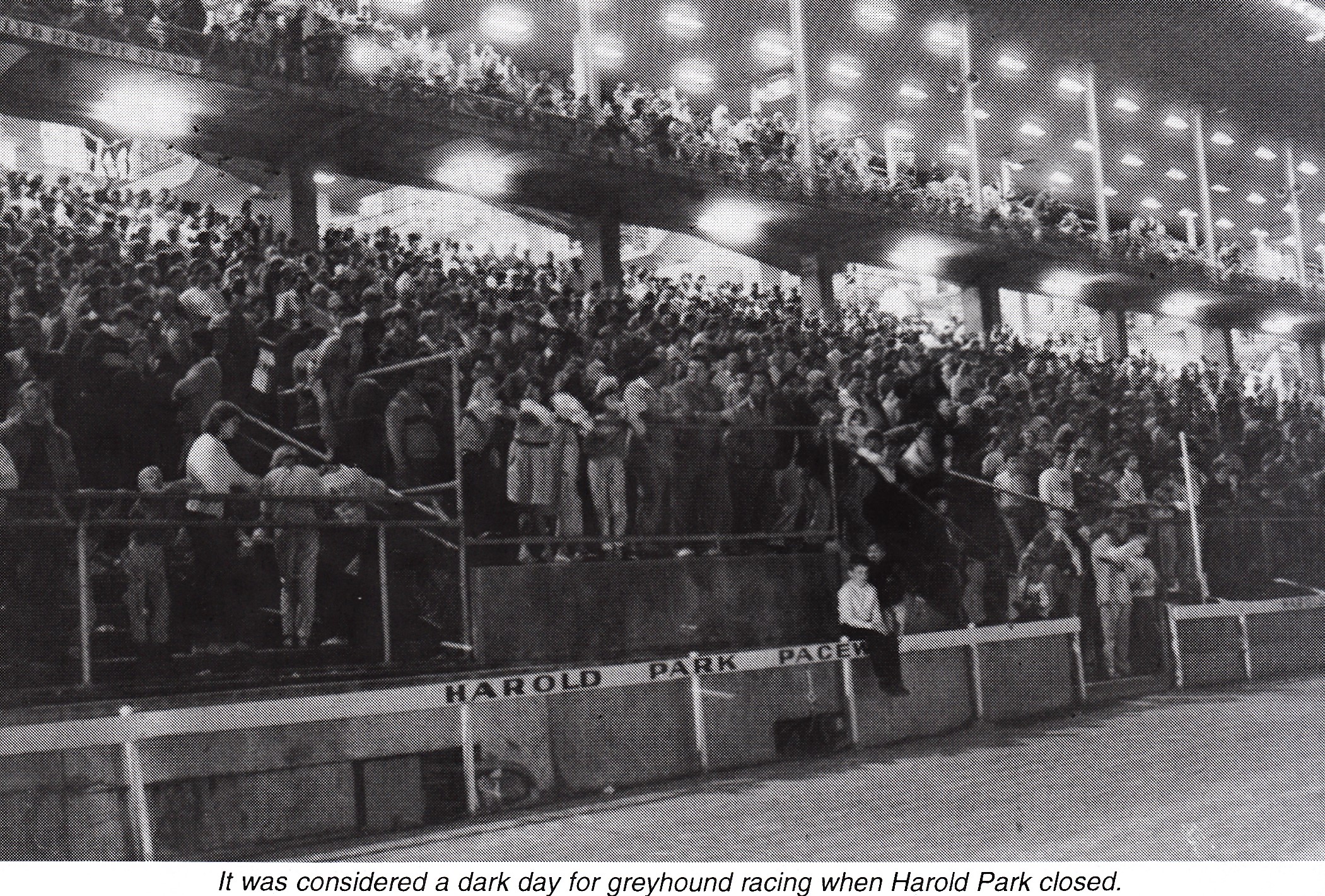 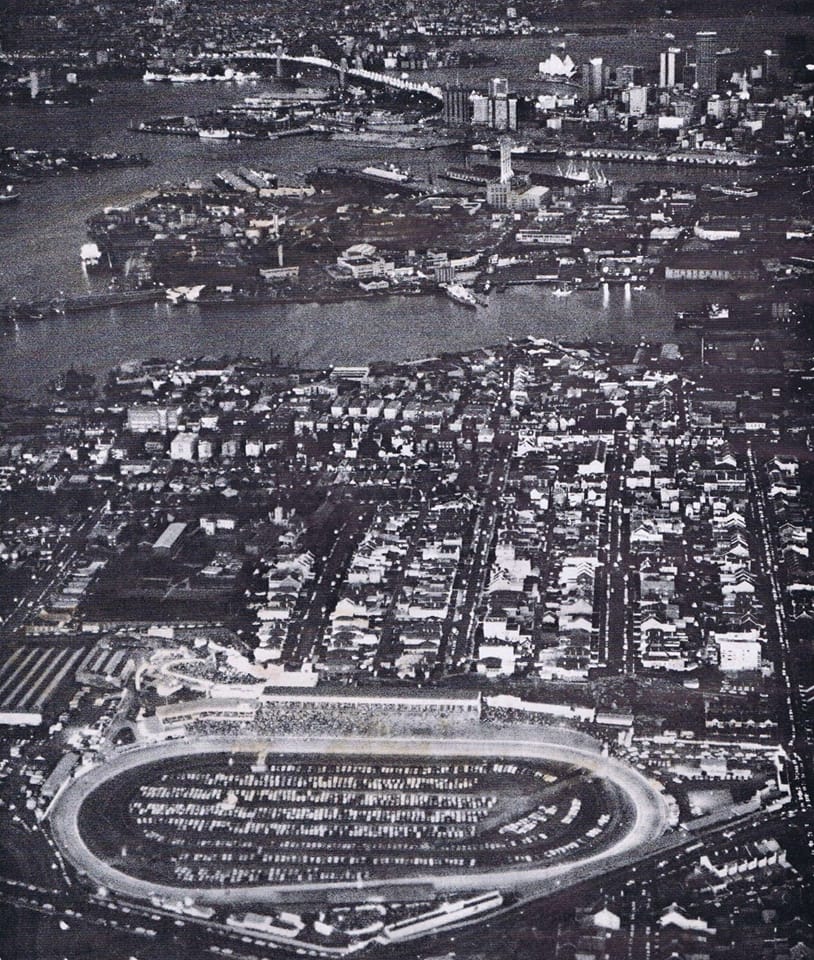 “First photo-finish dead-heat at Harold Park dogs since the camera was installed on September 3 occurred on Saturday night. The dead-heat was for second between Gwydir Boy (4) and Michael’s Son (6) in the Harold Park Stake. The winner, The Cashier, is not in the picture.” (From the SMH, October 13, 1952)

Doug Scott – It was a dark day the real pace dogs ran there’…doug
Richard Codd– Best greyhound track in the world
Curly Burly– I remember racing at Harold Park in the late 80s best track ever
Peter Murphy– I remember those days! Saids Pistolpete
Shane Gordon– Those were the days could make a quid on the punt with the bookies
Jan Griffiths– The best track ever loved racing there
Angela Modra– Raced Lufra Boy there 68 – 69 great track and allowed dogs to compete there with very little interference because of the long straights. Was a fantastic era. 🌴👍👍
Coral Scott– Angela Modra saw lufra boy race seem to remember a story of a girl training him on horseback?
Angela Modra– Coral Scott Hi Coral yes that was me I got him when he was 5 days old, I fed him with an eye dropper then later a babies bottle until he was able to eat solids.. from 3 months old he would come out to the bush, ( me riding my horse )and he’d swim in the dams & gallop alongside for miles. He was voice trained so didn’t need to be on a lead, a bit different to how things are now! They were the good old days. we had such good fun, the late karen Leek and Sandra Reed sometimes came along too🌴👍
Coral Scott– Angela Modra great days we had a dog called whitchurch going ok about that time
Debbie Salmon– My parents are Bill and June Barnett. Broke many track records with many good dogs on that wonderful track.
Richard Thompson– Debbie Salmon Great friends with Lex Landers and his wife from Singleton I had the pleasure of meeting them with Chariot Charm Good old days
Peter Dawson– Debbie Salmon Knew your parents very well Lovely people very good trainers and Great stalwarts of the Singleton club
Bunji GH– Still can’t believe Tony’s comic got beat there in a match race
Peter Murphy– Thank you for sharing this! Saids Pistol Pete
Jan Griffiths– Tragic the best track ever the same with Cessnock would love to see it open
Terry Hodge– Jan Griffiths I called into the old Cessnock track a few weeks ago for look because I had read they had secured funding for new boxes & lure cable to soon to open for trialling. To my eyes there is a lot work needed to be trial track ready but speaking with Harry Sarkis recently he reckons a few working bees should see it open for trials later this year. Back in 1960s 70s it mimicked Harold Park, nice long straights but it does not look the same now. Hopefully they will get going again.
Jan Griffiths– Terry Hodge why aren’t they racing there
Terry Hodge– I was there that night and every HP meet from 1968 to 1975, it was a great feel venue with great racing – only draw back was the infield Carpark bridge which obscured part of lead into home turn. Loved HP.
Jan Griffiths– The good old days
Richard Thompson– Gave every dog a chance Speed track
Jan Griffiths– Richard Thompson so true
Shane Gordon– They would take big bets
Richard Thompson– Shane Gordon Ray HOPKINS ,NEVILLE MOGLER ,JOHN STOLLERY good bookies
Shane Gordon– Some dogs that hadn’t been there before use to ease at the bridge
Don McMillan– Was at hp one night when that’s sunney trained by bill Barnett had box 1 black cat ran across middle lid went up she ran to rail chasing the cat