Highly Blessed World Champ 1991. What a champion she turned out to be. Victorian Hall of Fame – She contested 55 races for 38 wins and retired on May 28, 1992 with a then Australian record $294,565 in stakes. Winner of the 1990 Group 1 Melbourne Cup, 1990 Group 1 XXXX Trophy, 1990 Group 2 Shepparton Cup, 1991 Group 1 Golden Easter Egg and the 1991 Group 1 Adelaide Cup. One of the greatest sprinters of all time she was the first greyhound in history to break the Sandown 30 second barrier. Bred, raced and trained by Doug and Lorraine Ferremi. On the night the curtain fell on her illustrious career, the Sandown Greyhound Racing Club – on behalf of the World Greyhound Racing Federation – presented the Ferremis with an award for Highly Blessed’s selection in the 1991 All World Greyhound Field. Highly Blessed had been voted by the WGRF as one of the world’s best eight greyhounds. She and dual national sprint champion Sandi’s Me Mum at the time were the only two greyhounds outside North America to be selected. She also won the 1990/91 Racing Animal of the Year, which was presented by the Variety Club. 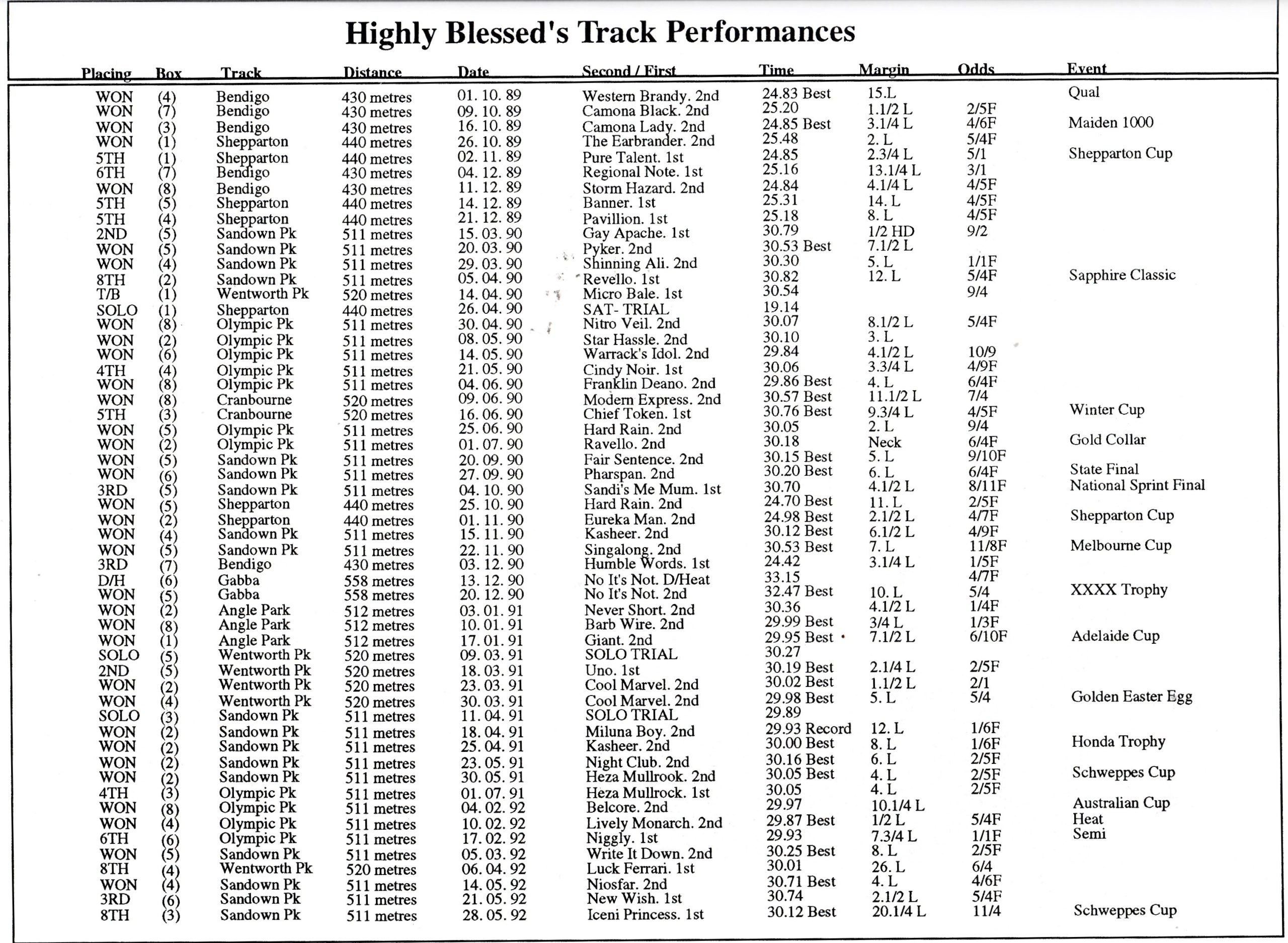