Is there an older active trainer in Australia? This is James Kirk better known as Herbie to everyone that knows him. Herbie turns the fantastic age of 91 in July and is still enjoying his greyhounds he told me “They keep me alive.” Herb told me he first got his trainers licence when he was 20 about 1950. “It was a green piece of paper, I got from Roy Maidment I think they only had two in the office in those days in the city.” Herb preceded to win races at all the old tracks Napier Park, Gracedale, Sandown, White City and Maribyrnong. He went on to race and win at North Melbourne, Olympic Park and the new Sandown. He also won a stack of races in the bush. One highlight was the 1984 Bendigo Cup with a dog called Bronze Wing a brindle and white dog by Tempix. “He just struggled at the 500 but was a handy dog.” Herb formed an alliance 40 years ago with Bendigo breeder Tom Boorn and has raced many dogs from Tom’s property. ” We’re great mates still go on three days fishing trips together.” He won plenty of races with Golden Patch, Reckless Brother, Royal Knocka and Royal Cosmic (both had over 90 starts). His last winner was Onya Nelly at Bendigo in early December last year. Herb lives in the Northern suburbs of Melbourne at Glenroy he has a wonderful supportive family after losing his wife 30 years ago. “The dogs have kept me going, I love em.” A longtime member of the MGRA he never misses a meeting at the Meadows. All I can say is keep training them Herb, your a marvel.

Herb in April 2022 trained a winner at the Meadows Aston Laurent. Read about the win. Click on link for full details 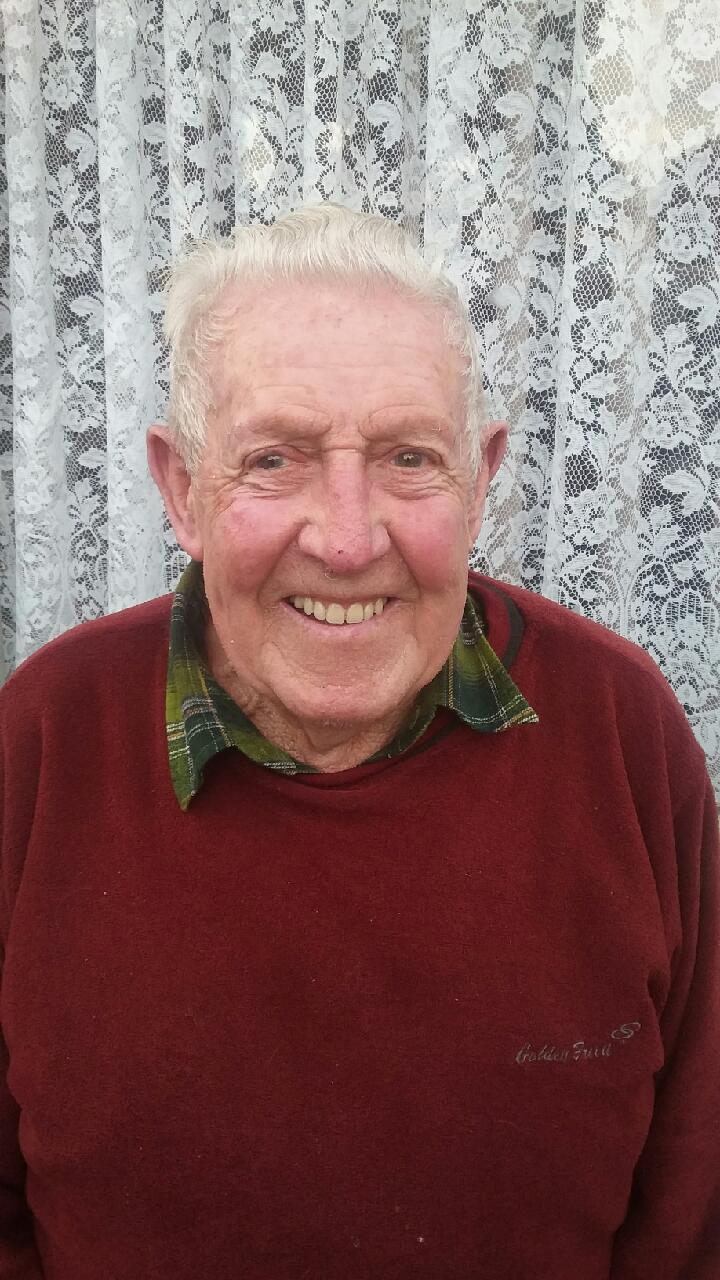 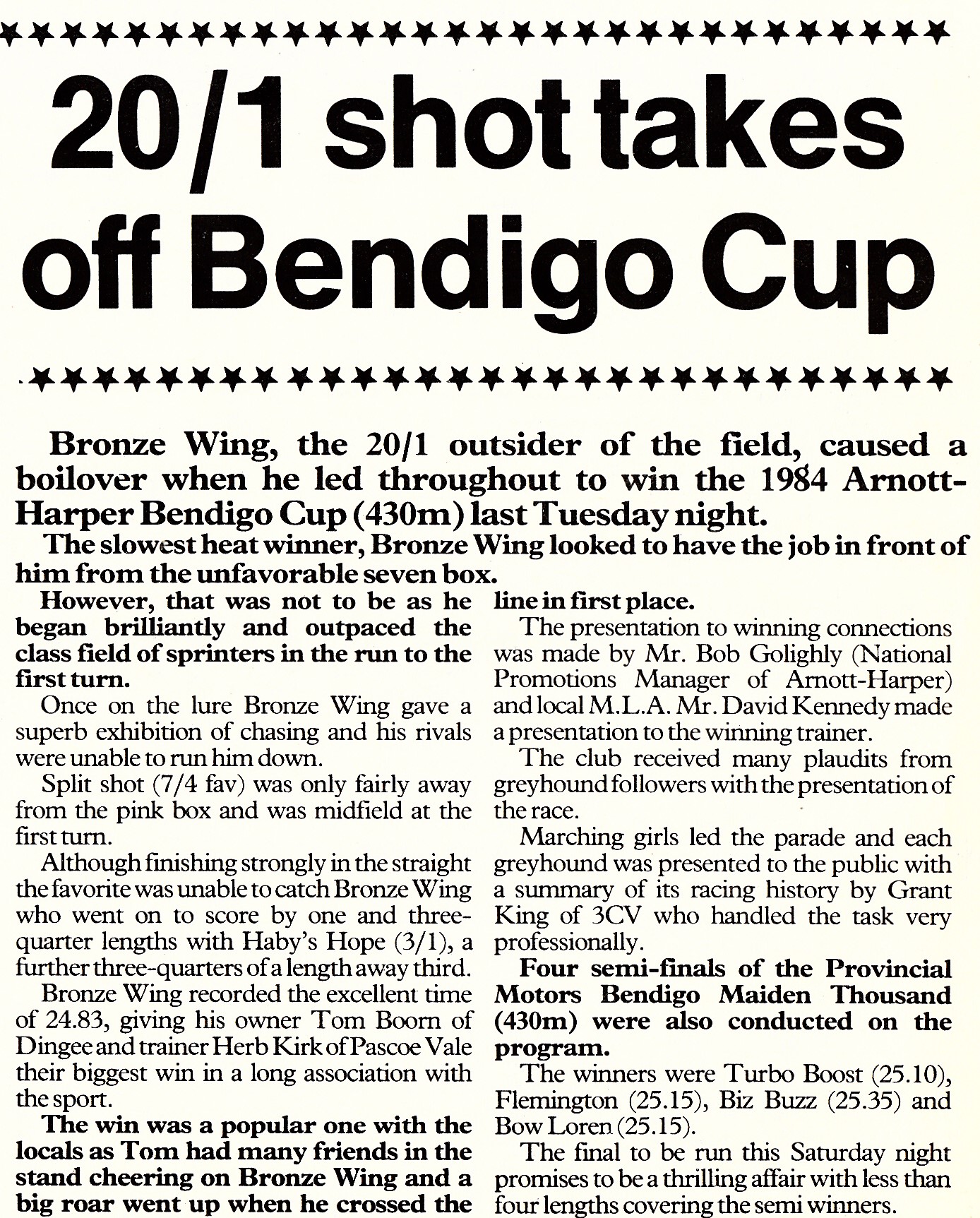