Kay King sent me this photo of Laurie Cahalan. It’s at Waterloo Corner in 1955 he was 15 and said he still cleaned up all the old fellers dogs.  Then in 1993 after 35 years here he is with his brother Terry after Terry’s dog McLaren Charm won the SA Waterloo Cup.

John Stains – A great man with a dog.
Kerry Chalker – Nice bloke & good trainer
Howard Gray – Spent a lot of time with the Cahalan brothers Terry and Laurie in the early days, Terry actually trained several dogs for my father when he was still living at home with his parents . Both great fellas as was their father Jack…..Both top men with a hound.

Roland Parry – Along with he’s brother is a legend of the sport
Matt Clemow– Brilliant My grandfather Rex Clemow was very close to them as boys, I loved spending time with them as I was growing up. Great memories .
Howard Gray– Matt Clemow Rexxy was a real character along with his mate Bernie “Muscles” McCue. Enjoyed their company at the live hare coursing at Hartley and Murray Bridge Plumpton and in the early days at Strathalbyn dogs. Still remember Rexxy’s top coursing dog the big brindle and white dog MacMahone.
Matt Clemow-Howard Gray yep, I’ve got the photos at home. He and Yannathan Pine would have been the oldest from that time 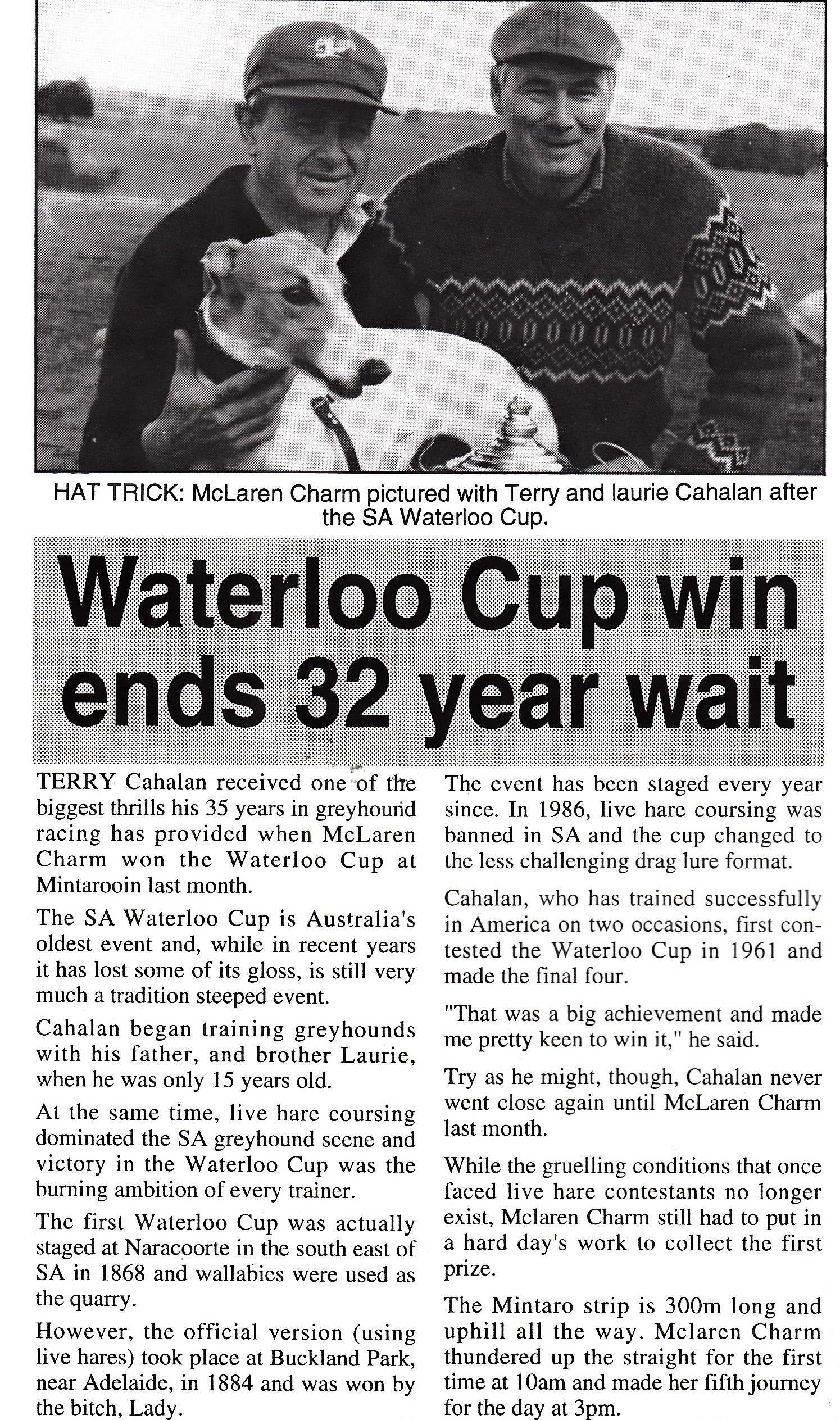