Didn’t get the chance to race in Sydney to often but found my way up there with the late Graeme Jolly, great bloke. He had the brilliant Mutombo Miss engaged, and I was in the last with a handy dog named Baghdad Beggar. March 1995. Guess who I run into in a Grade 5. Let’s Be Frank we finished third. He finished up winning 16 at Wenty not sure how he went at stud perhaps, Sid can let us know.

Sid Swain – He served 40 bitch’s niel had tab and city winners but no top graders . 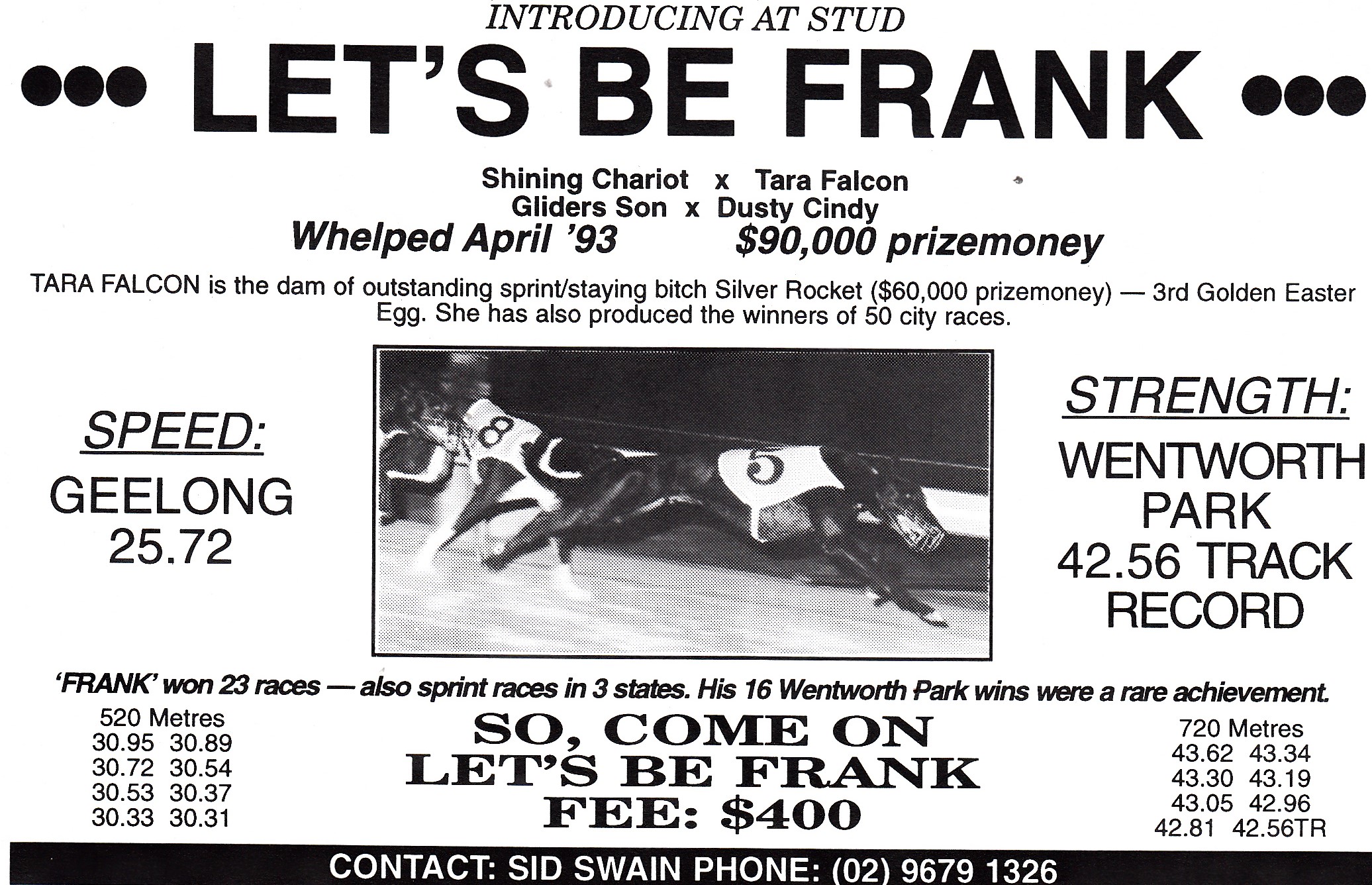 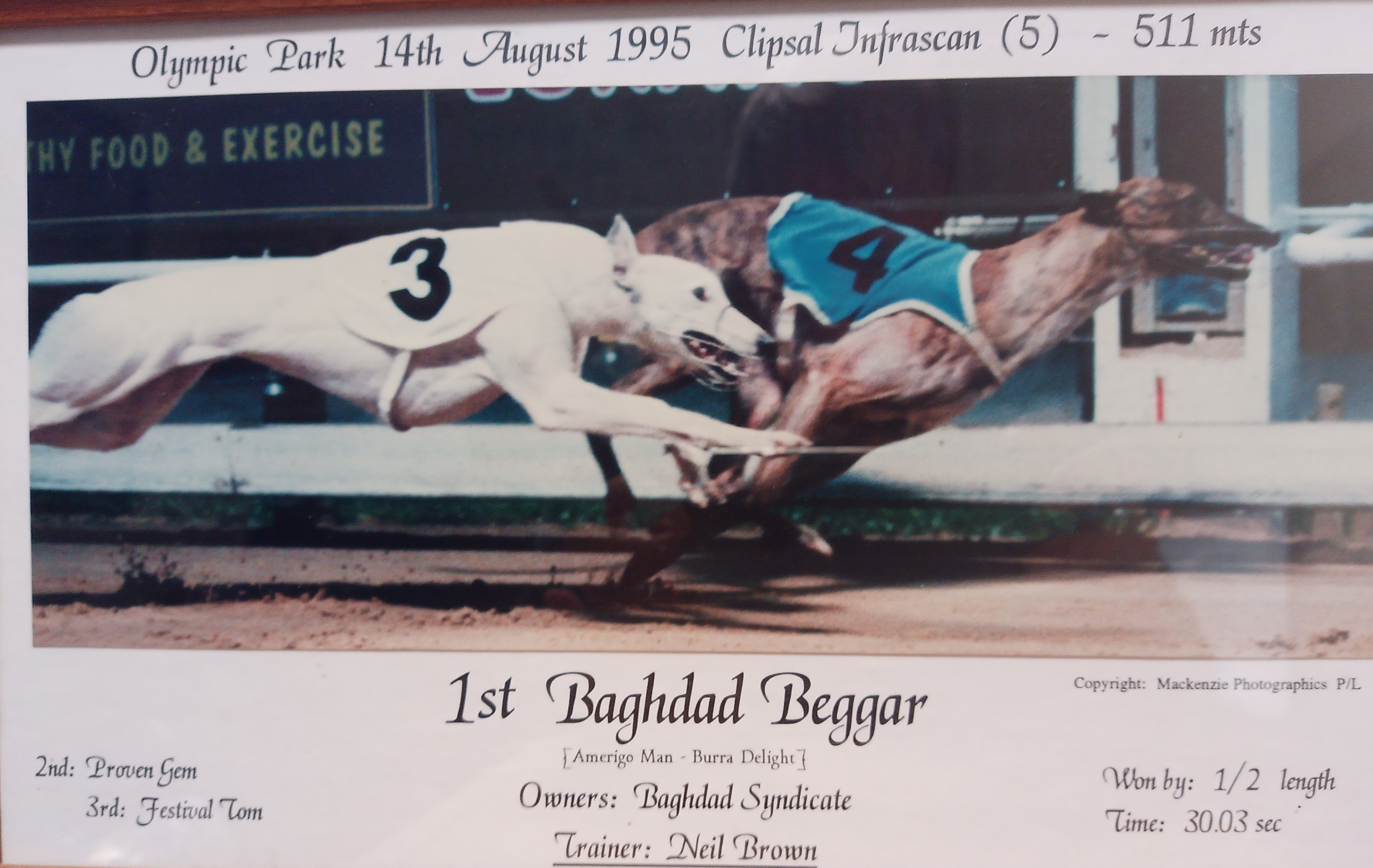