The ill-fated Lively Band unfortunately died on the plane on his way back to Ireland after a very successful stud career in  Australia.

Jeff Collerson – Best imported sires here were Which Chariot and more recently Waverly Supreme. Waverly Supreme was imported by a bookmaker Peter McCullen, who is now in a retirement village at Cherrybrook. Peter had met a trainer called Ger McKenna at Shelbourne Park, Ireland and they exchanged phone numbers. One morning at 3 Ger rang Peter and told him he had a dog for sale for $3000 but it had a broken leg. Ger assured him it would make a great stud dog so Peter bought him and that was Waverly Supreme, who went to stud at Ron Rudd’s Berowra kennels. Peter lived with Ron and his lovelyt wife Nancy. What a bargain Waverly Supreme became!

John Stephens – Not sure about the died on the plane bit? As I recall things Lively Band became a much better than average Sire here in Australia. Quite a few of his ‘needed everything to go right’ but I am sure he sired classic winners in Oz.
Jeff Collerson– John Stephens You are correct. Lively Band got to Australia and was quite a successful sire though not in the league of Which Chariot and Waverly Supreme.
Kerry Chalker- John Stephens died on the way back to Ireland?
Rob Tyler- Jeff… a lot of people wouldn’t know but Waverly Supreme had a fighting ticket in Ireland… I wonder how many would have used him if that was common knowledge? Just goes to show, it is opportunity that makes stud dogs. What a great sire he became.
Sid Swain– Rob Tyler token Prince
Barry Lingham– What weight division ?
John Stephens- So did Lively Band?
Ken Norquay– Interesting comments. Stud master Bob Wilson was inundated with requests for services to Lively Band that we (NCA) banned Bob for 10 years for falsifying service notifications regularly exceeding the 14 per month allowed. As Stipendiary Registration stewards we gave him 10 years, only to be overturned by the Board with a $1000 fine imposed. One of the most notable progeny of LB was Tegimi that I recall.
Mick Fearnley– Pretty sure lively band sired a laurels winner trained by either Barry Bailey or Terry Proctor
Mick Fearnley– Select Girl. 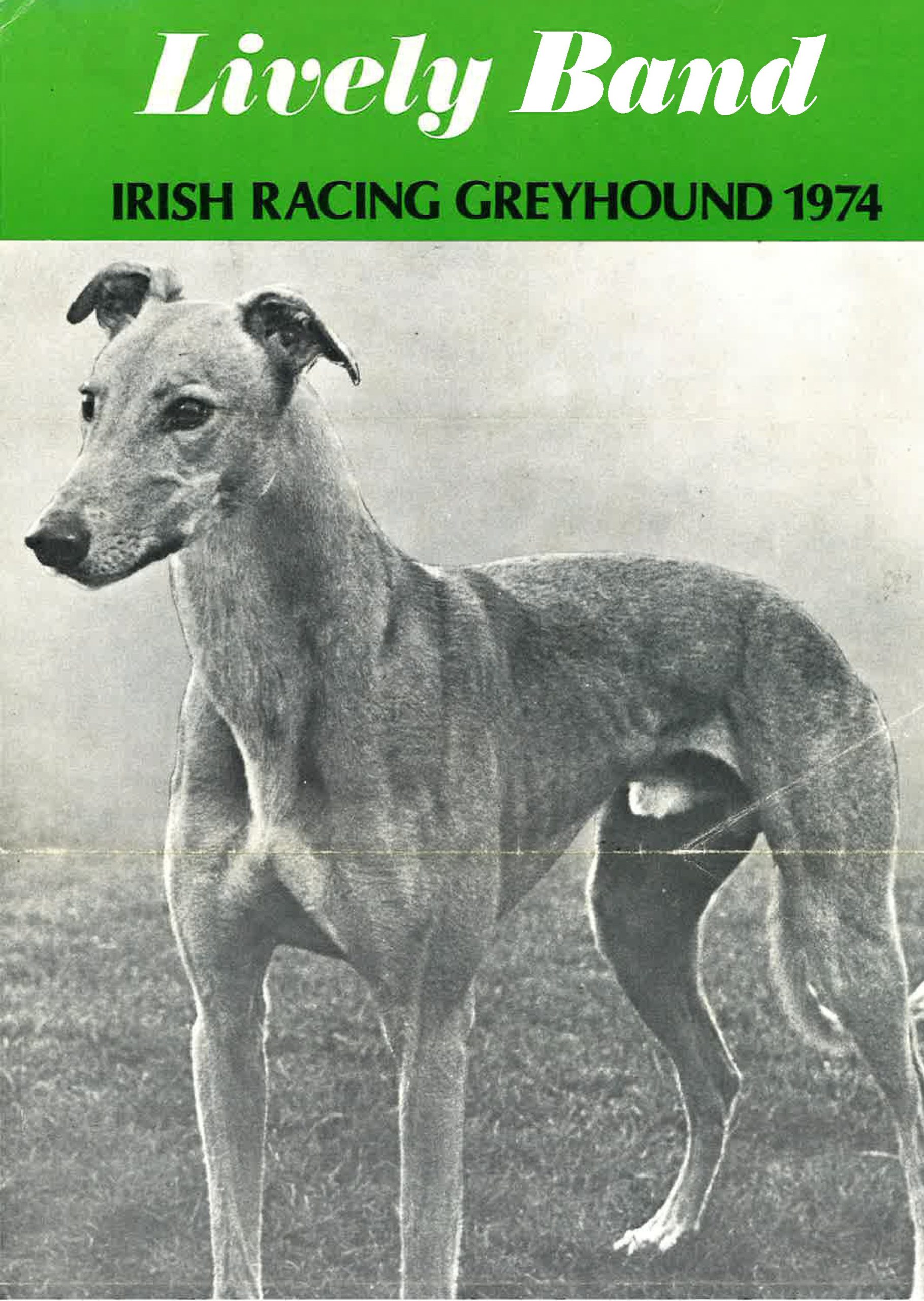 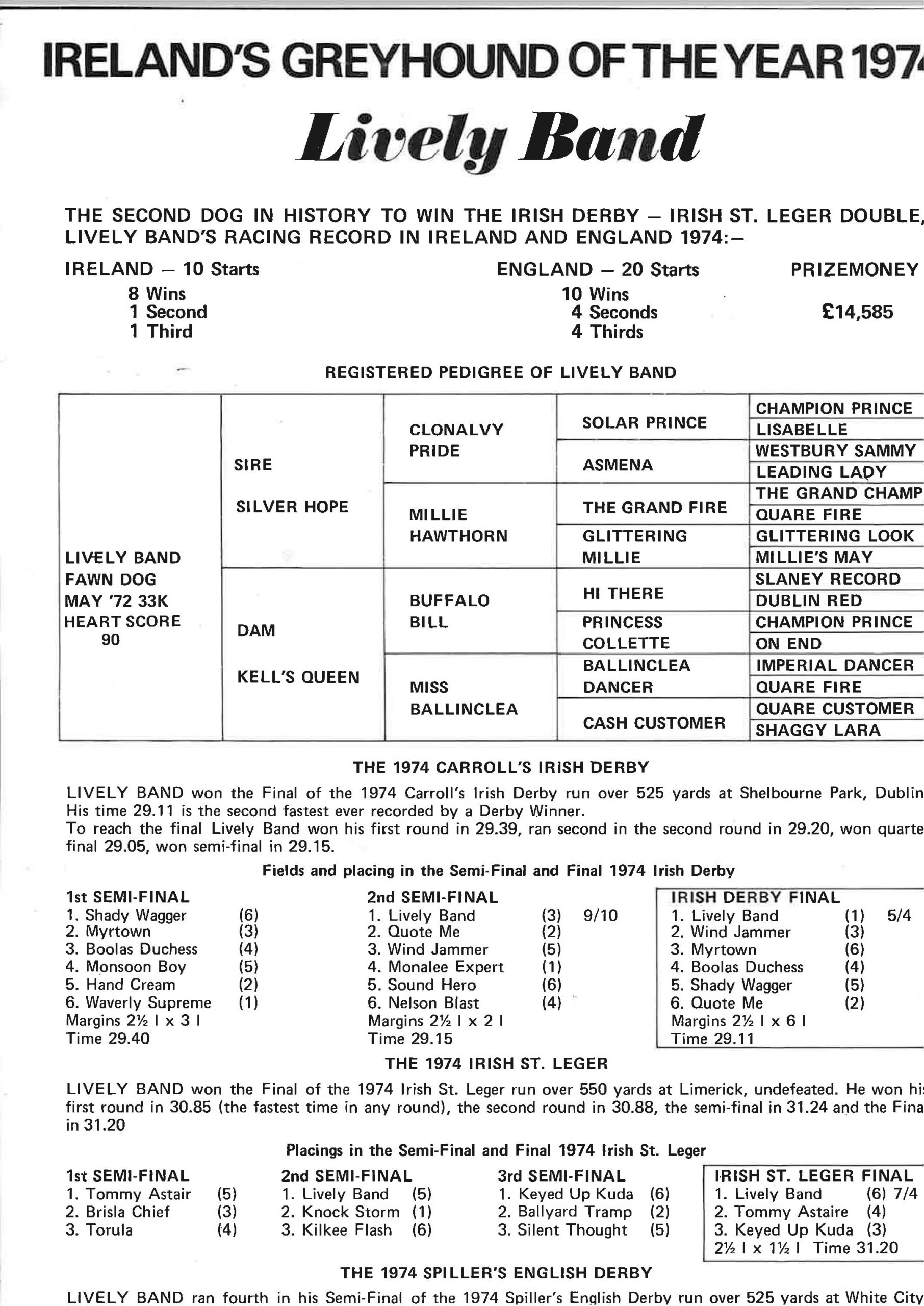 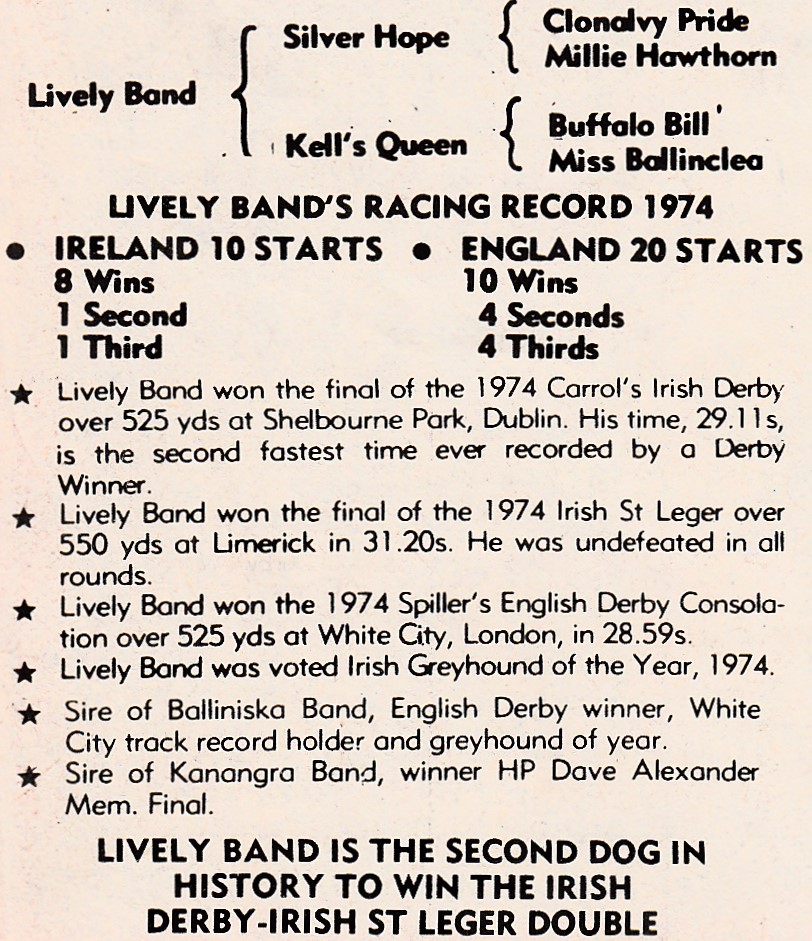