Found this story about my old mate Luke Gatehouse taking over as CEO of Brisbane Greyhounds on March the 20th 2006. One of our leading Administrators Luke will clock up 17 years in the job next month. The likable Queenslander is the ultimate host when you make it to Albion Park the after the last Bar is legendary. To say Luke and I have had some good times together would be an understatement. He loves to back Horses with French names and Harness racers after his Kids names, this has led to some success and a lot of laughs. Anyone wondering about his background before joining Brisbane Greyhounds it’s all here. I didn’t know he used to be a School Teacher. Queensland Greyhound Racing is flying. That position is in no small part played by Luke. 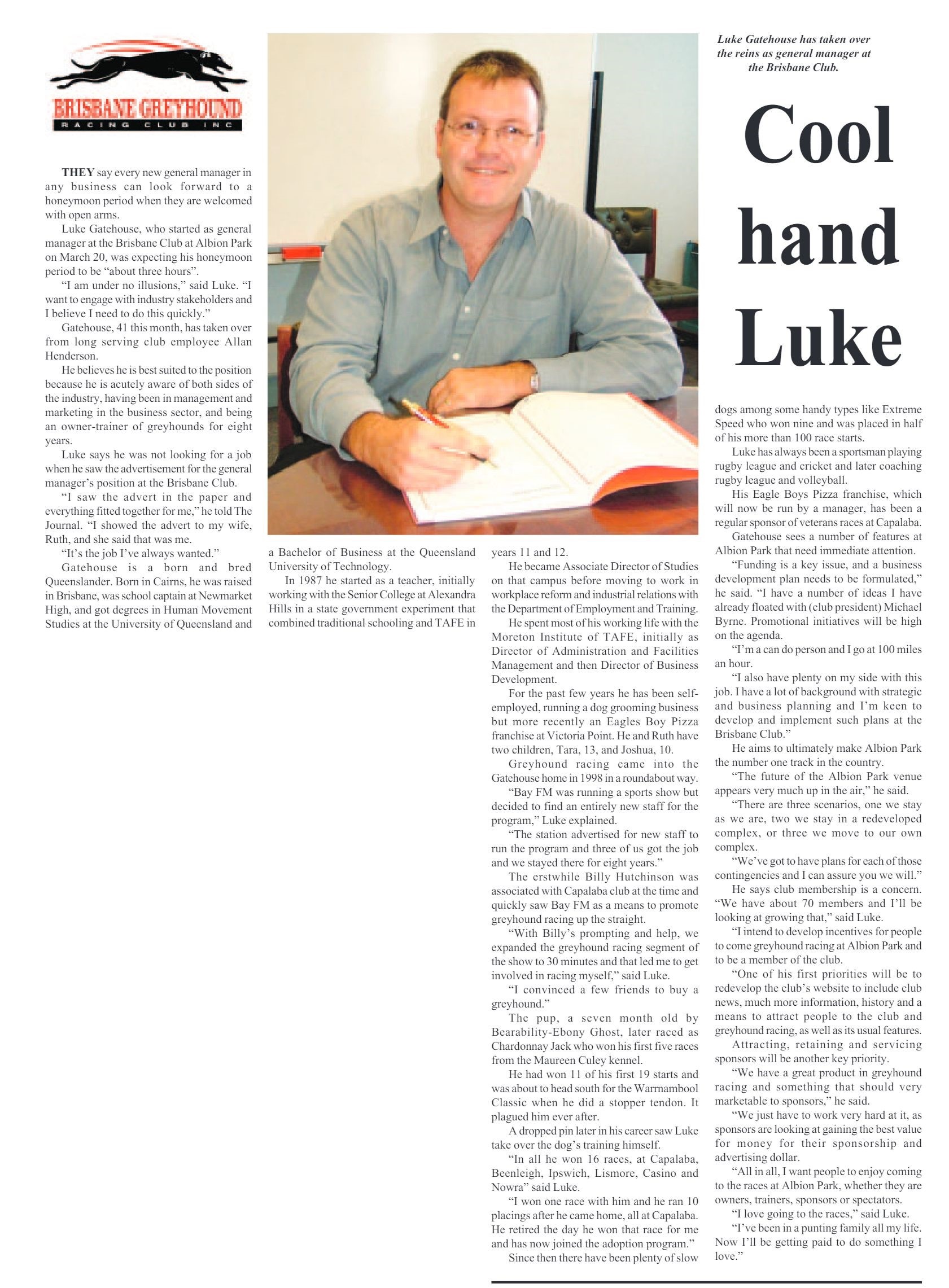