When Yachi Bale stormed home to win last month’s Melbourne Cup. I recalled a similar performance in 1987 by a very versatile greyhound Speedy Mick. He won over both sprint distance at Sandown and Olympic Park. Raced and trained by the late Joe Schroeders. I interview Joe for the Melbourne Cup history tape and he didn’t give much away. Interestingly he retired from training in 1988. Here is two Video’s and two different calls of the race. The Channel 7 footage was put up by GRV Extra. 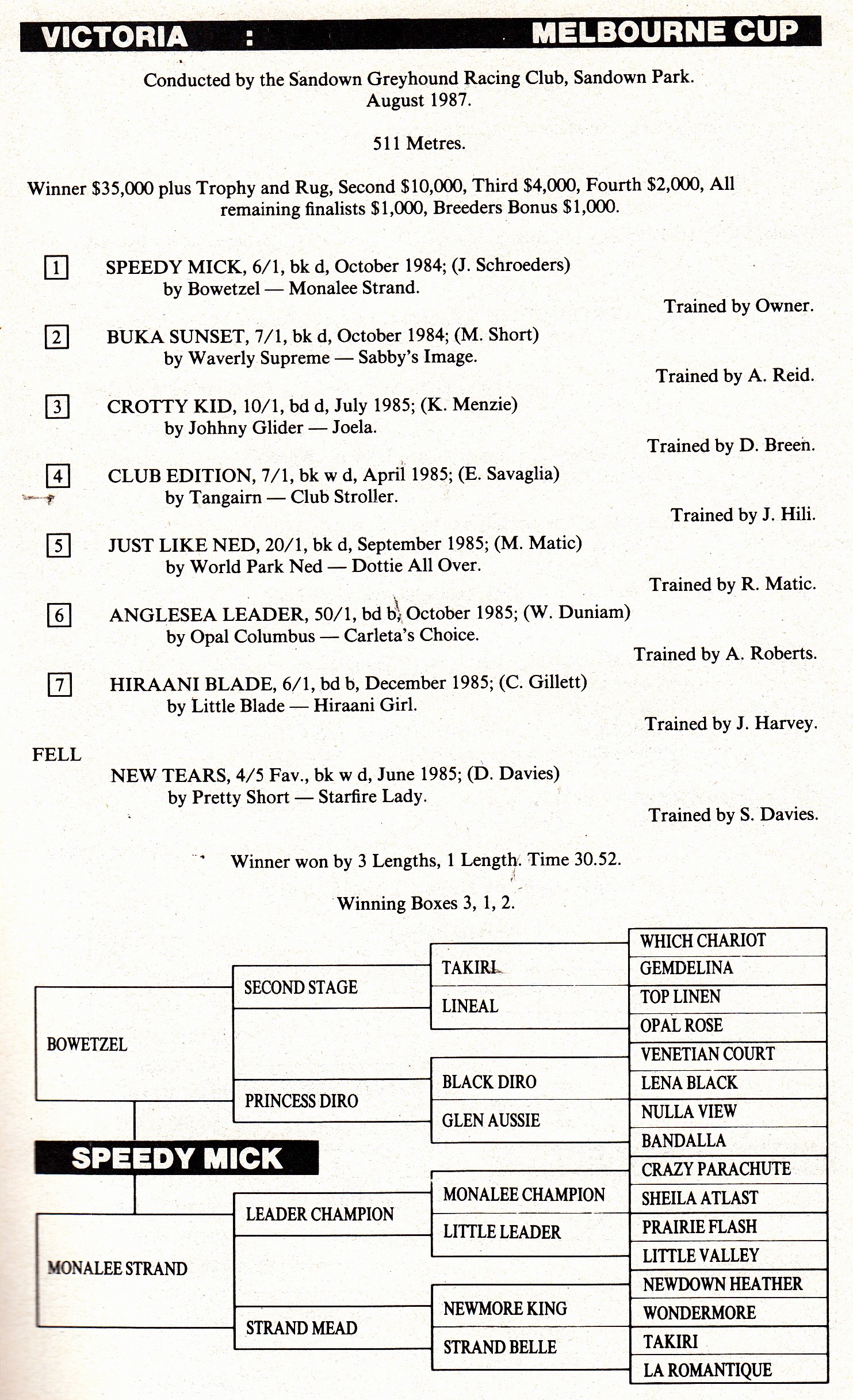