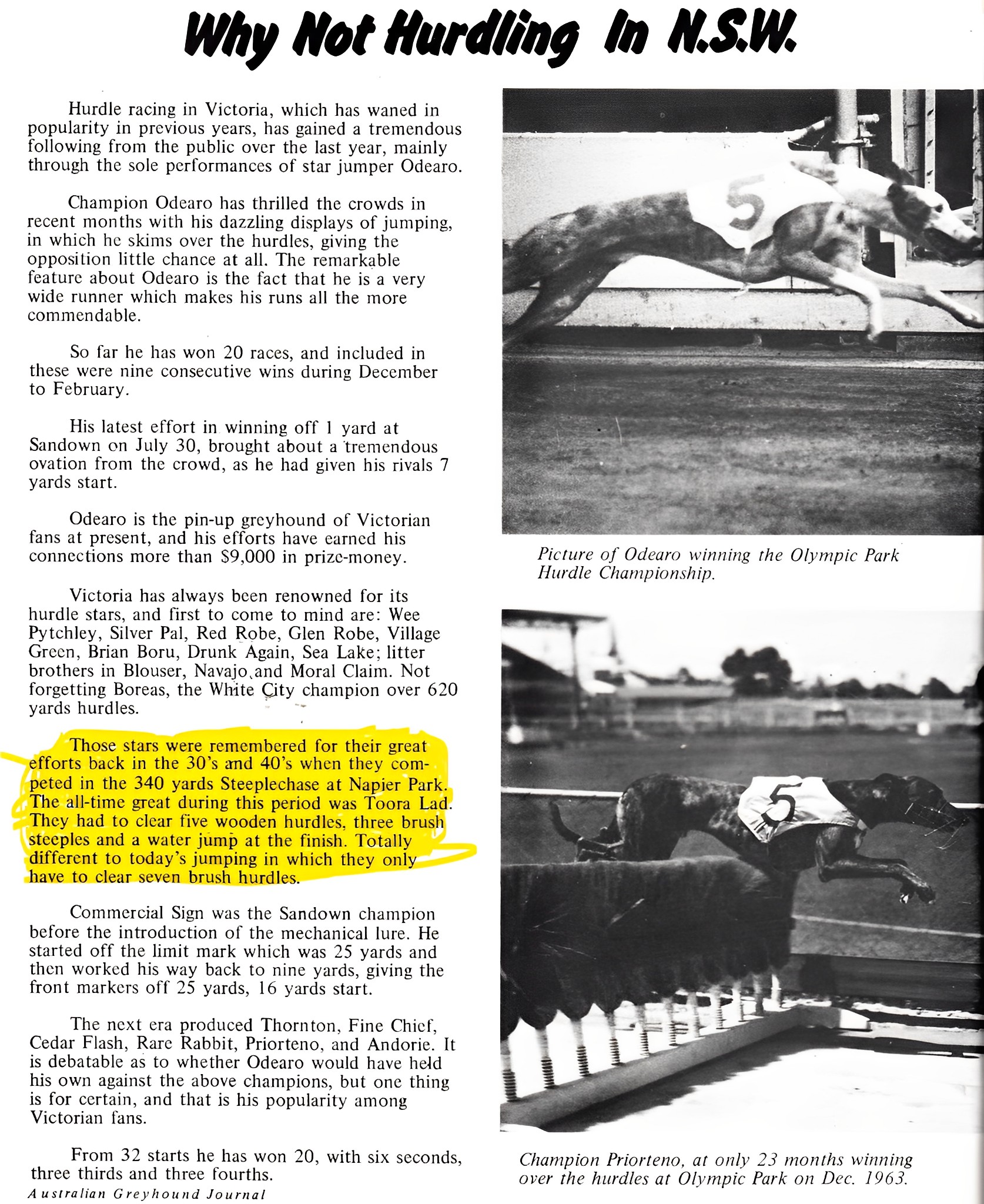 Des Dooley – Great story Neil. I remember seeing Andorie at Olympic Park in the early/ mid 60’s. He was the yardstick at that time.
Neil Brown– Before my time Des I was an Odearo, Rare Chief, Campus Caper fan. But the one I loved best was Roland Gorry’s Rev’s Range. Won at Sandown the night they opened the Club Bar at 25/1 bookies thought it was a fluke and put up 33’s next start at Olympic and he won again. I was a millionaire apprentice for about six months until I gave it all back.
Doug Scott– Fine chief was owned by chummy parked was fta on flat snd fta over the brooms wd all class… doug
Peter Giles– Odearo was owned and trained by Arnold porter. We stood him at stud unfortunatal he never received many bitches
Neil Brown– Super dog only Hurdler in the Hall of Fame
Geoff Howell– That is what is lacking in the excitement of dog racing now hurdle racing was a real drawcard of difference and it gave dogs another chance and the small good trainers we had then now we have trainers that just thrive on quaintly not quality coz if the dogs are not champions they don’t want them and the so called top trainers won’t put the time into dogs that aren’t coz anyone can train a champion but the real skill is to bring a dog back to good racing form from injury.