Sometime ago we spoke on here of a top-class chaser trained by the late Bernie Strong. A black dog by the name of Morjarro. I have no picture of him but have his stats. I recall he was unbeatable off the red. Also, I have found the stats of Grand Sapper a brindle dog trained by Ned, he was a serious top liner. Plus, a favourite of mine a dog called Lorrimore Star, lovely fawn dog he was a faultless beginner only challenged by Half Your Luck in that regard. In regard to Bernie, he and his wife lived in my hometown of Springvale and my late mother used to clean their house. Bernie would say, Joyce make sure you have something on this, but Mum never had a bet. If only I had been 5 years older.

Doug Scott – I remember a great white dog trained by Bernie it’s name was radial I think a few of you guys would remember him…doug
Neil Brown– Coral Scott Your right Doug he was a star Radial I will have to find what I can about him. Great Dog.
Edwin Caruana– Morjarro, Bernie and his cohorts used to back it off the map every time it drew the red and always cleaned up.
Coral Scott– Edwin Caruana saw Bernie bring off a big plunge at sandown what I remember the most is he brought along a Gladstone bag to collect his spoils the stewards were most unhappy…doug
Ray Heilbronn– My uncle had a dog years ago called Don Sufolla I think from memory he never got beaten off the red
John Reid– Wonderfull memory of mr strong,running dogs behind the drag lure up the hill at sandown horse track,he put his dog up first,Caught his dog tied it to the fence,and continued to watch as other dogs came up,A 12 year old boy helping to catch dogs as they came up two at a time,said are you going to stand and watch ,or will you help.very embarrassed Bernie hoped in an helped.no it wasn’t me.
Coral Scott– John Reid yes I also have fond memories of Bernie he bought his keysborough property after a big plunge think it was radial but he told me he worked to hard there and it caused him to have heart problems which did claim him…doug
Kevin Smith- I remember Morjarro red box specialist. Grand Sapper loved the pink box. Lorrimore Star didn’t matter what box
Howard Gray– Pretty sure Bernie trained a very smart staying bitch Mehrez for a time, pulled off an Australia wide sting winning at Angle Park one night.
Neil Brown– My mum use to be impressed with Bernie’s wife’s Mink Coat. I am sure it would have been the only one in Springvale.
Ken Gill– My first dog was by armatree prince x gold cedar 1969
Ken Gill– Couldn’t run out of sight in a dust storm 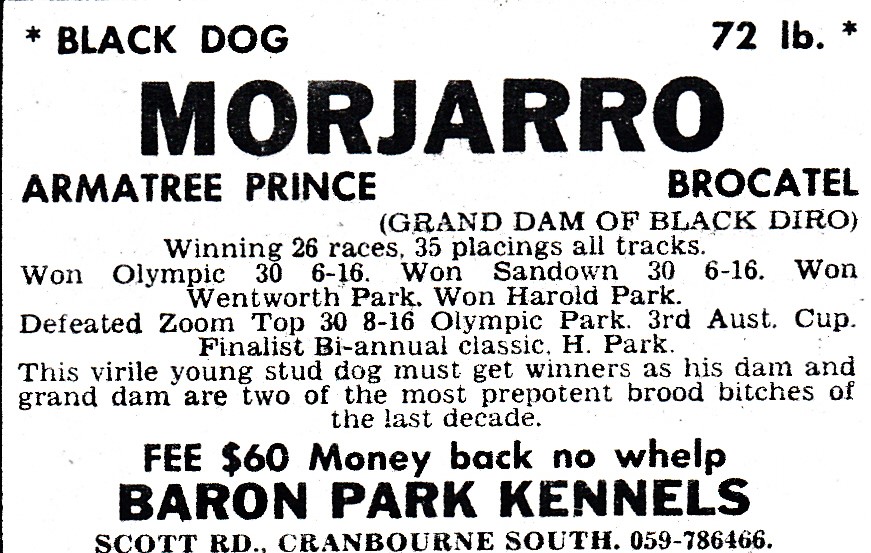 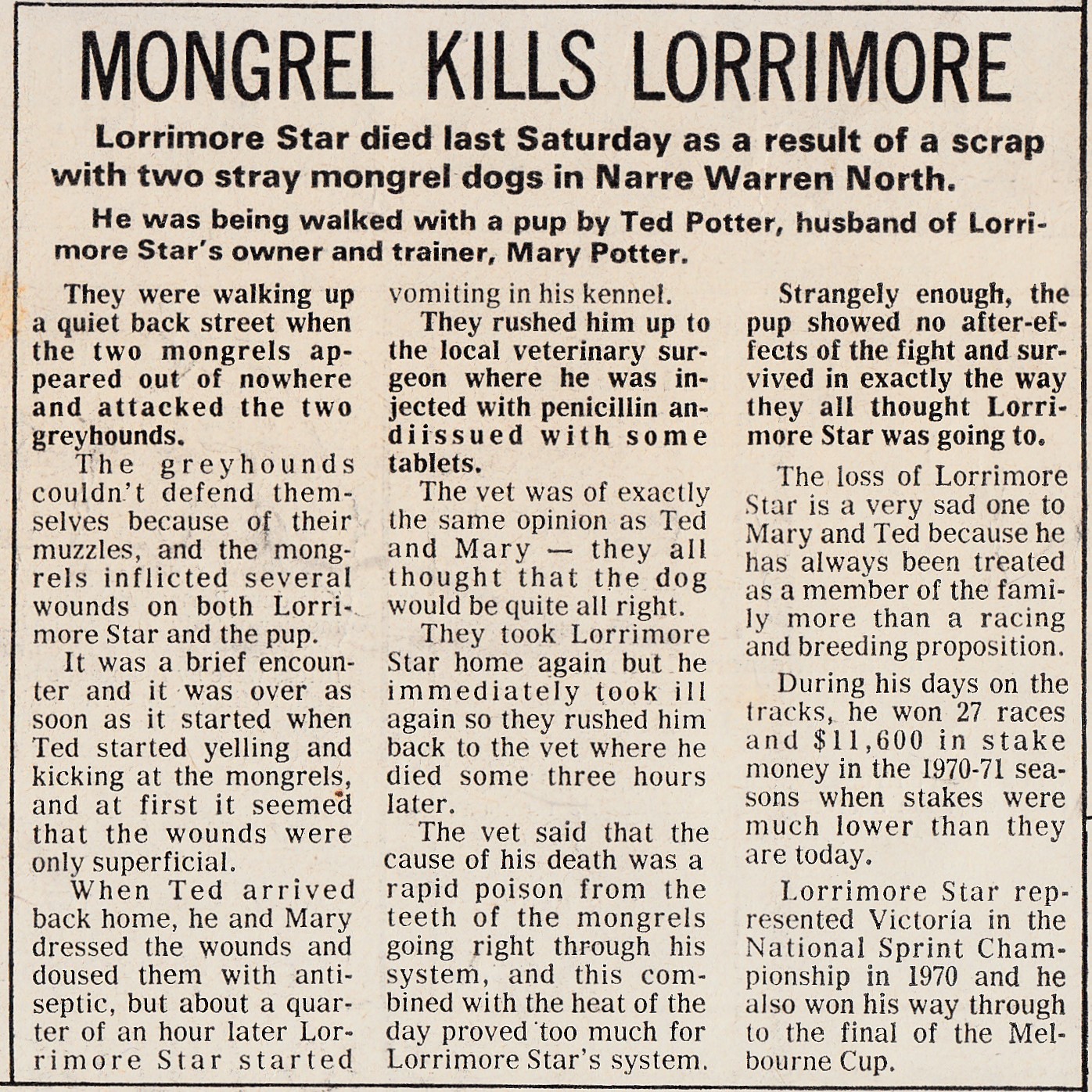 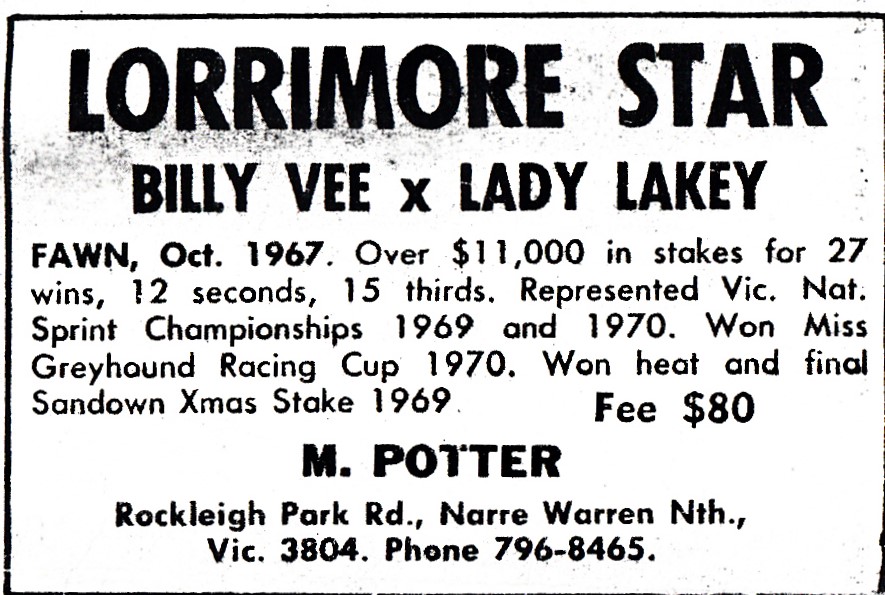