Here are some amazing photos from the National Coursing Club of Victoria Greyhound Register Vol xxi 1930. The publications preceded the National Stud Book with its first Volume in 1940. I had two Volumes giving to me by Sandown Electrician Gavin Castles who found them in Geelong. There is a Stud ad for Some Laddie stood by Hall of Famer Ray Herbert and his brother Eric. A photo of Hall of Famer Roy Maidment. A photo of Father’s Footsteps and his owner. He won the 1930 Waterloo Cup and went on to win it again in 1931. I also love the ad for the Sporting Globe. 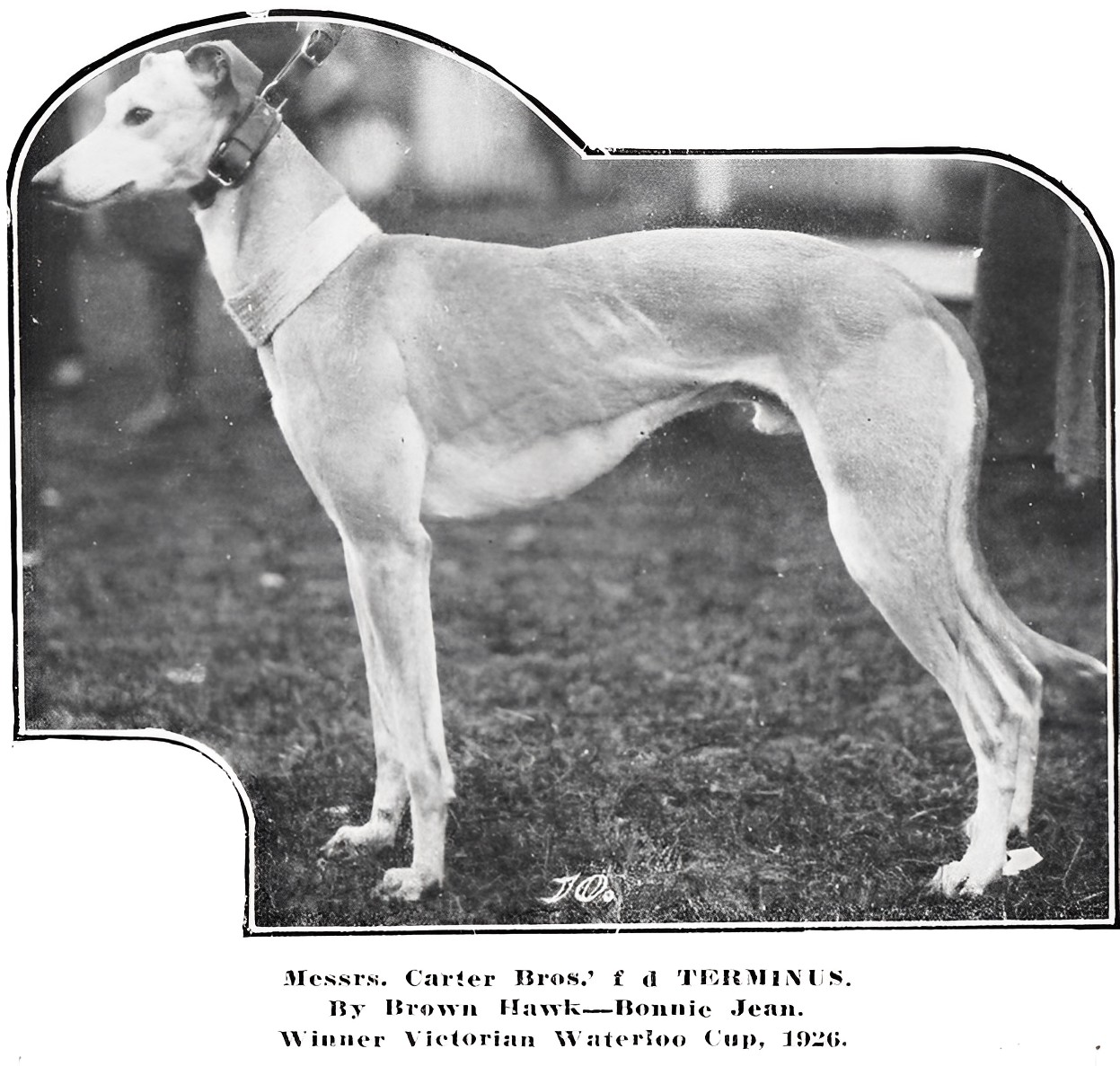 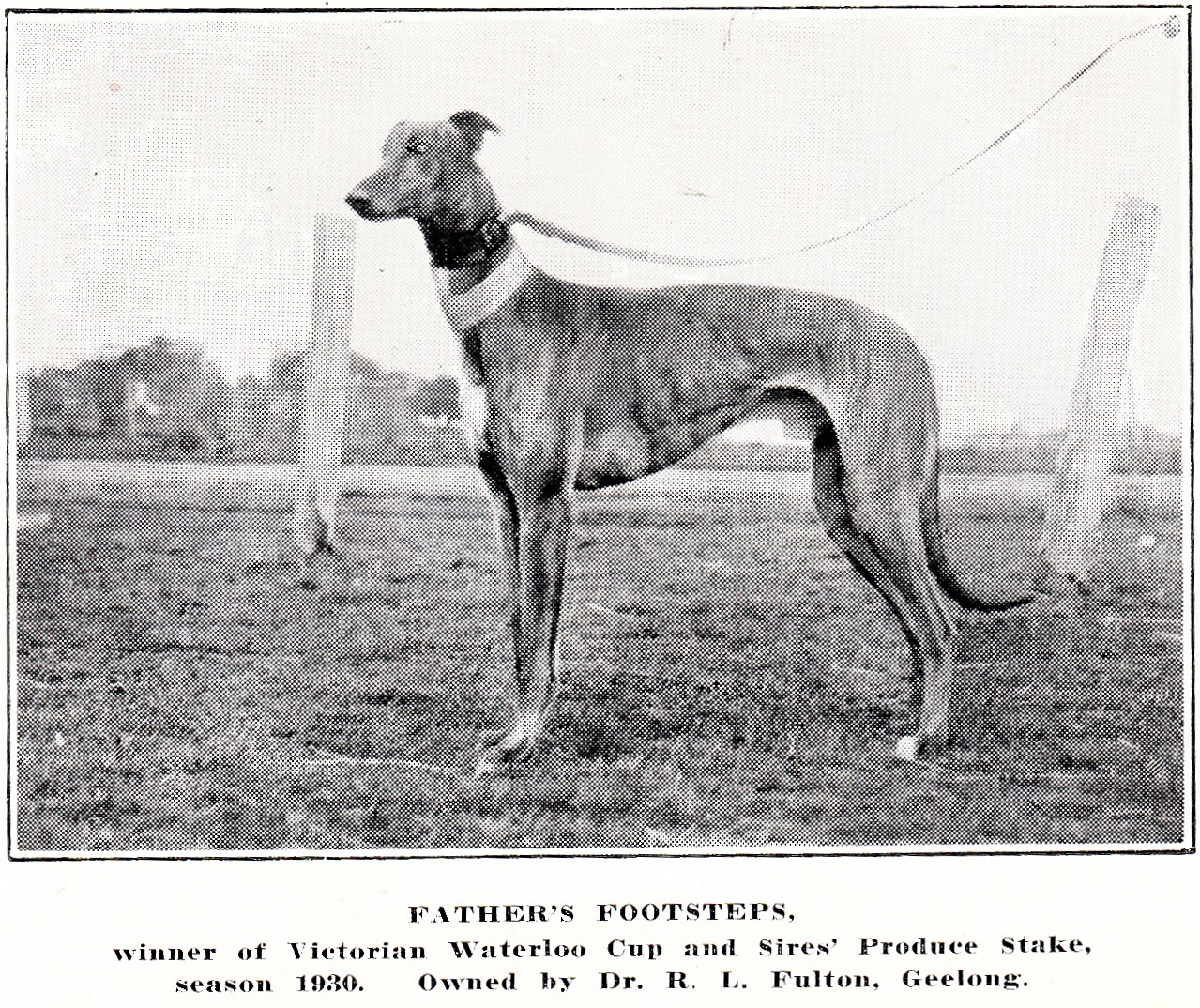 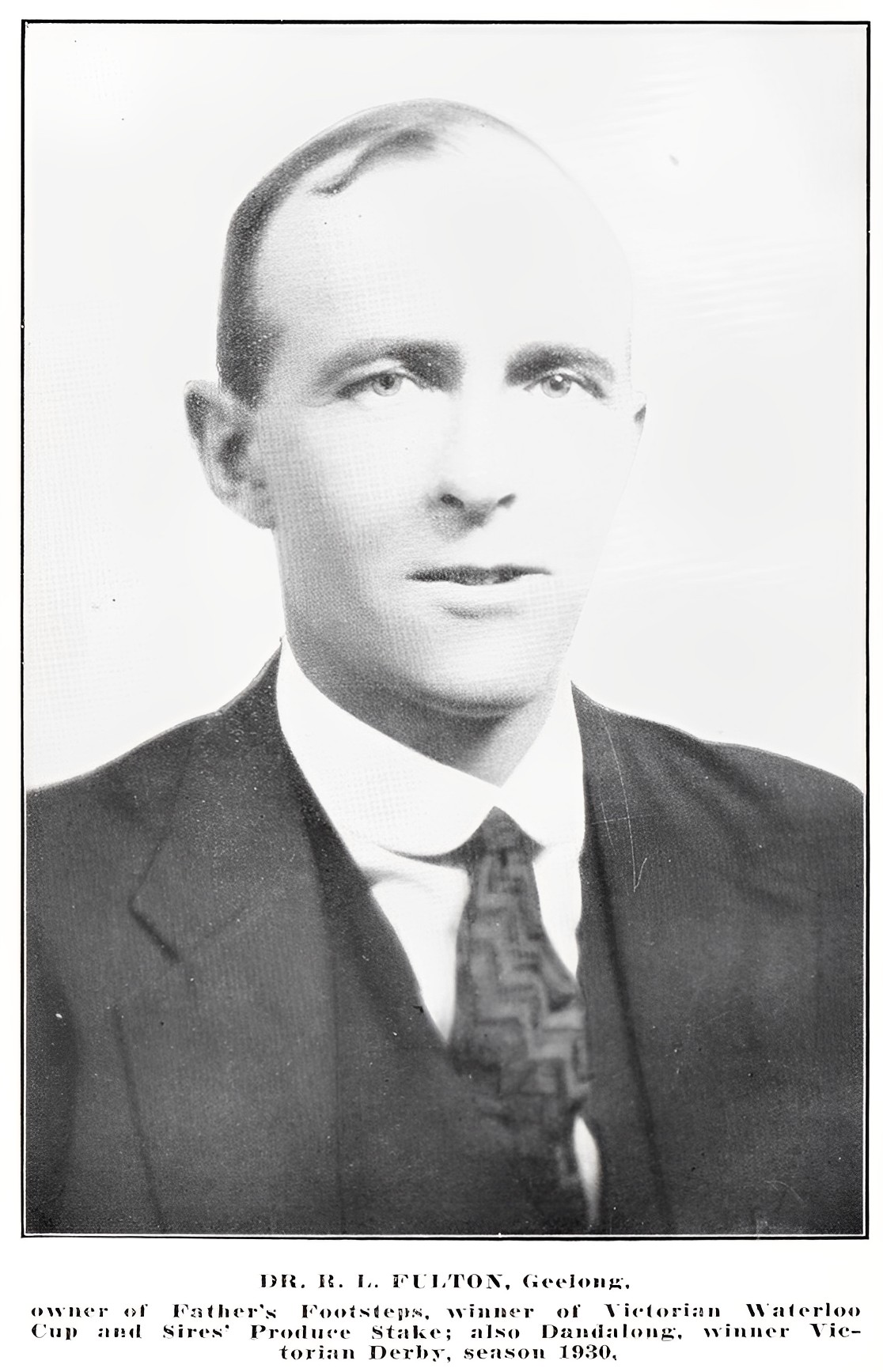 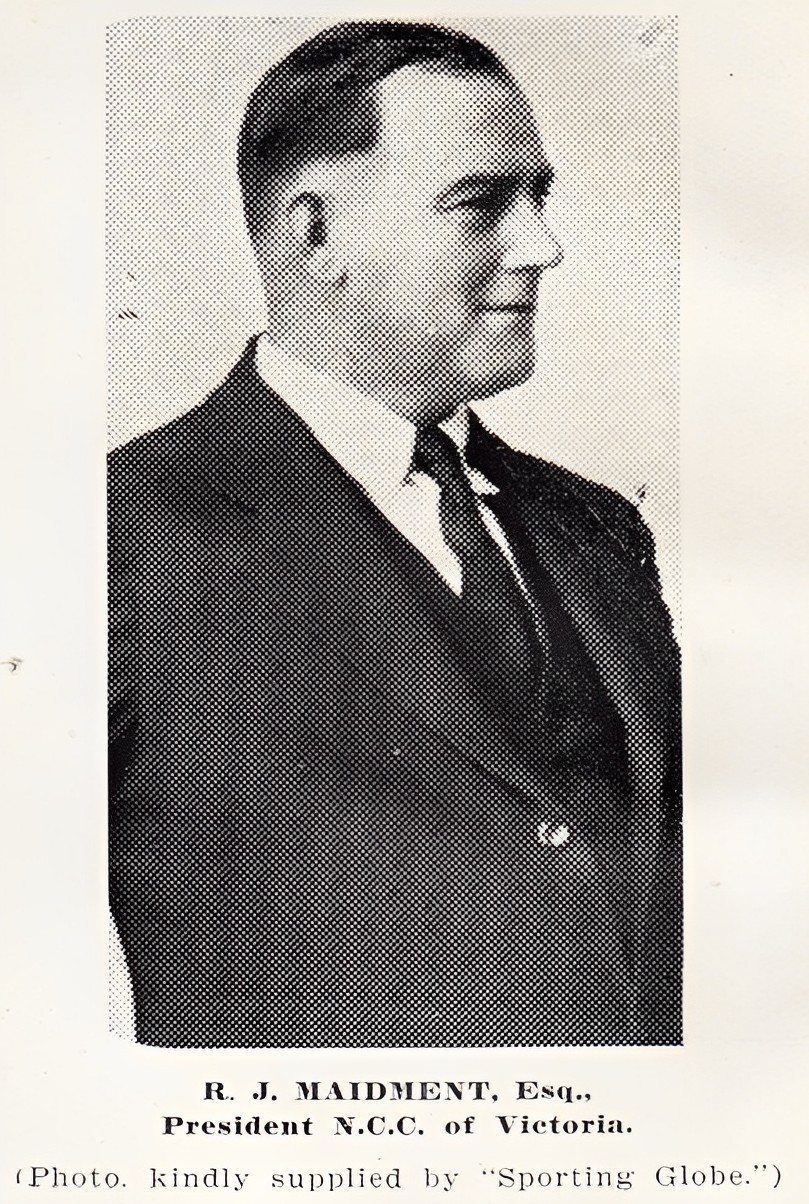 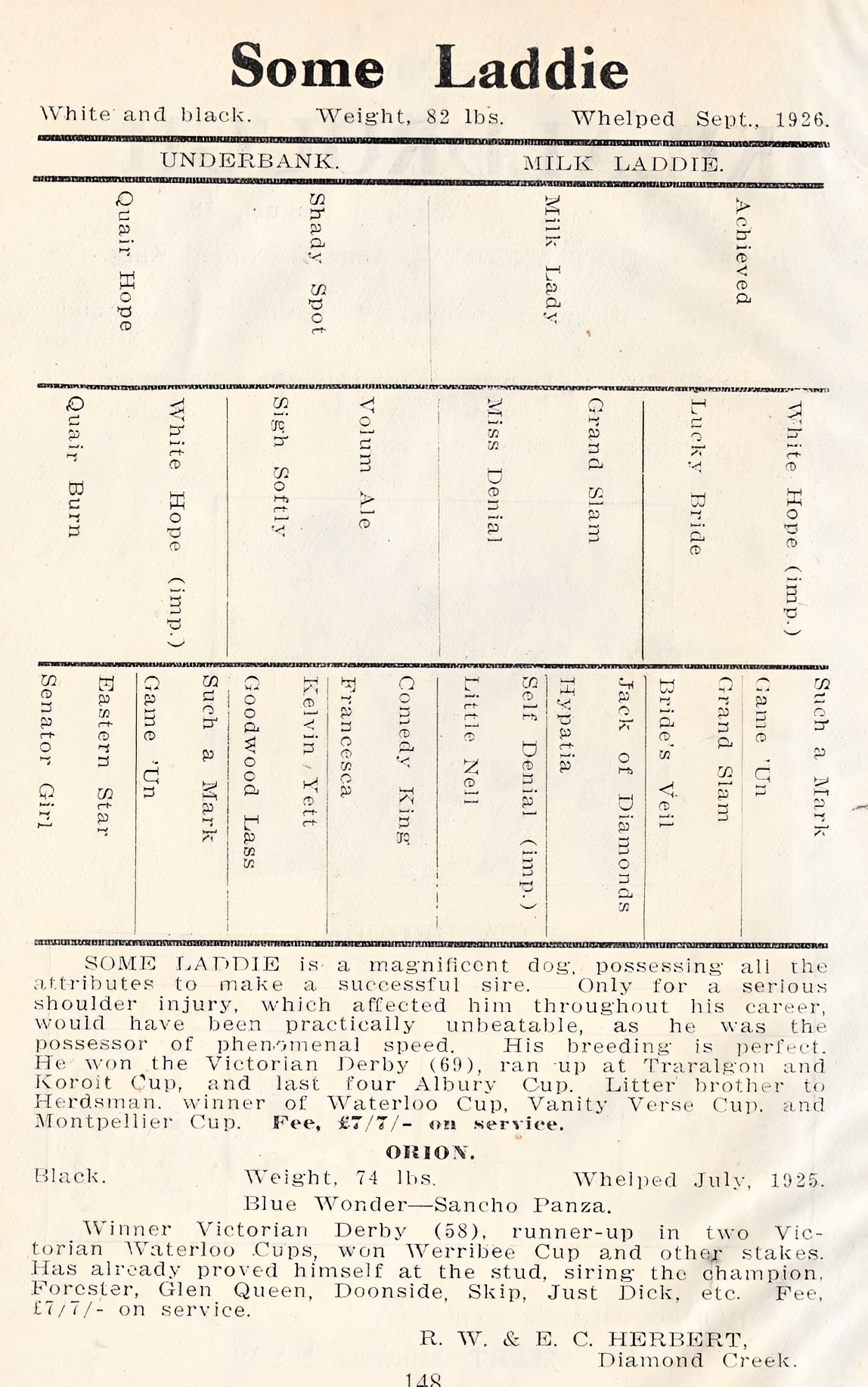 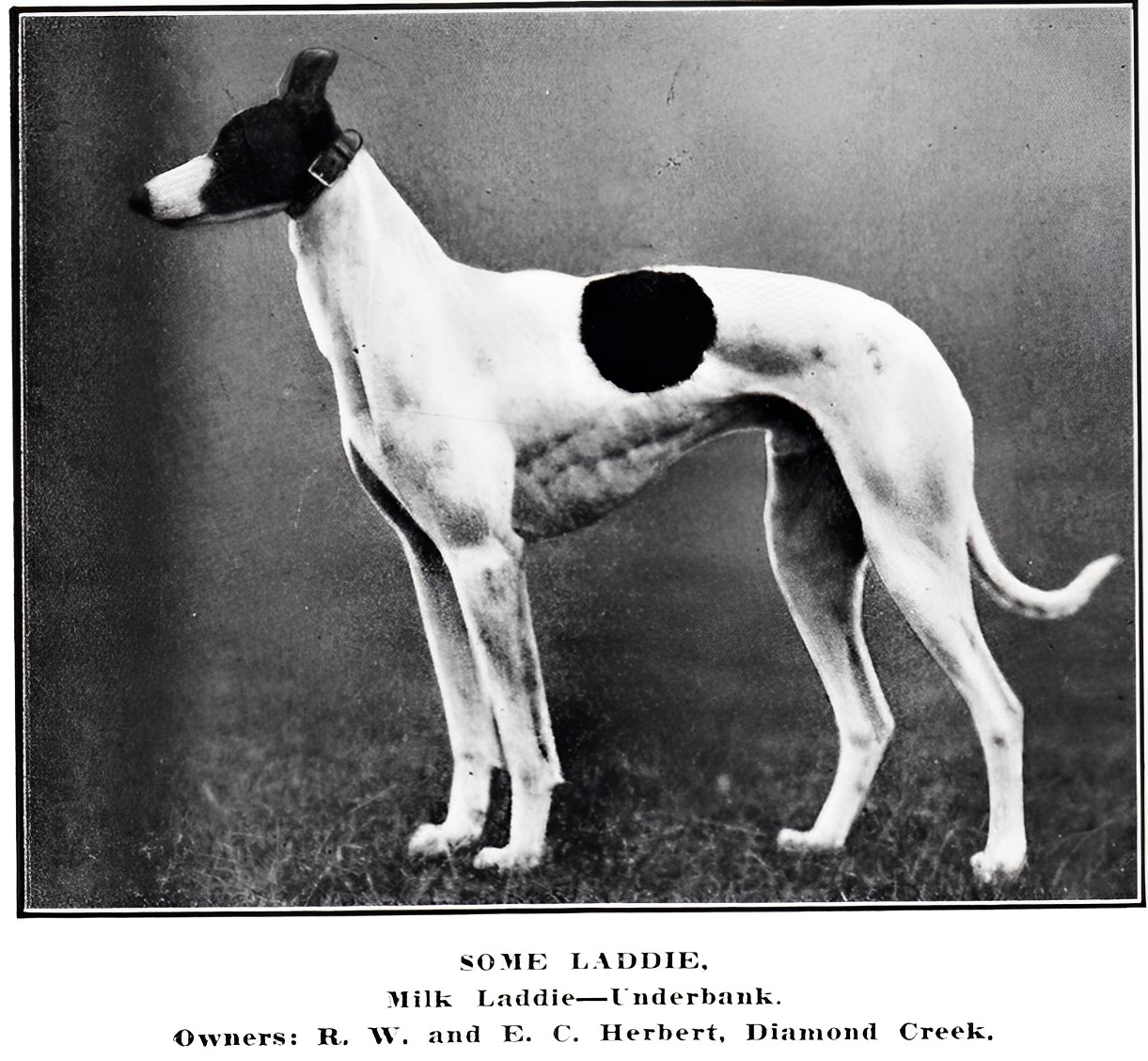 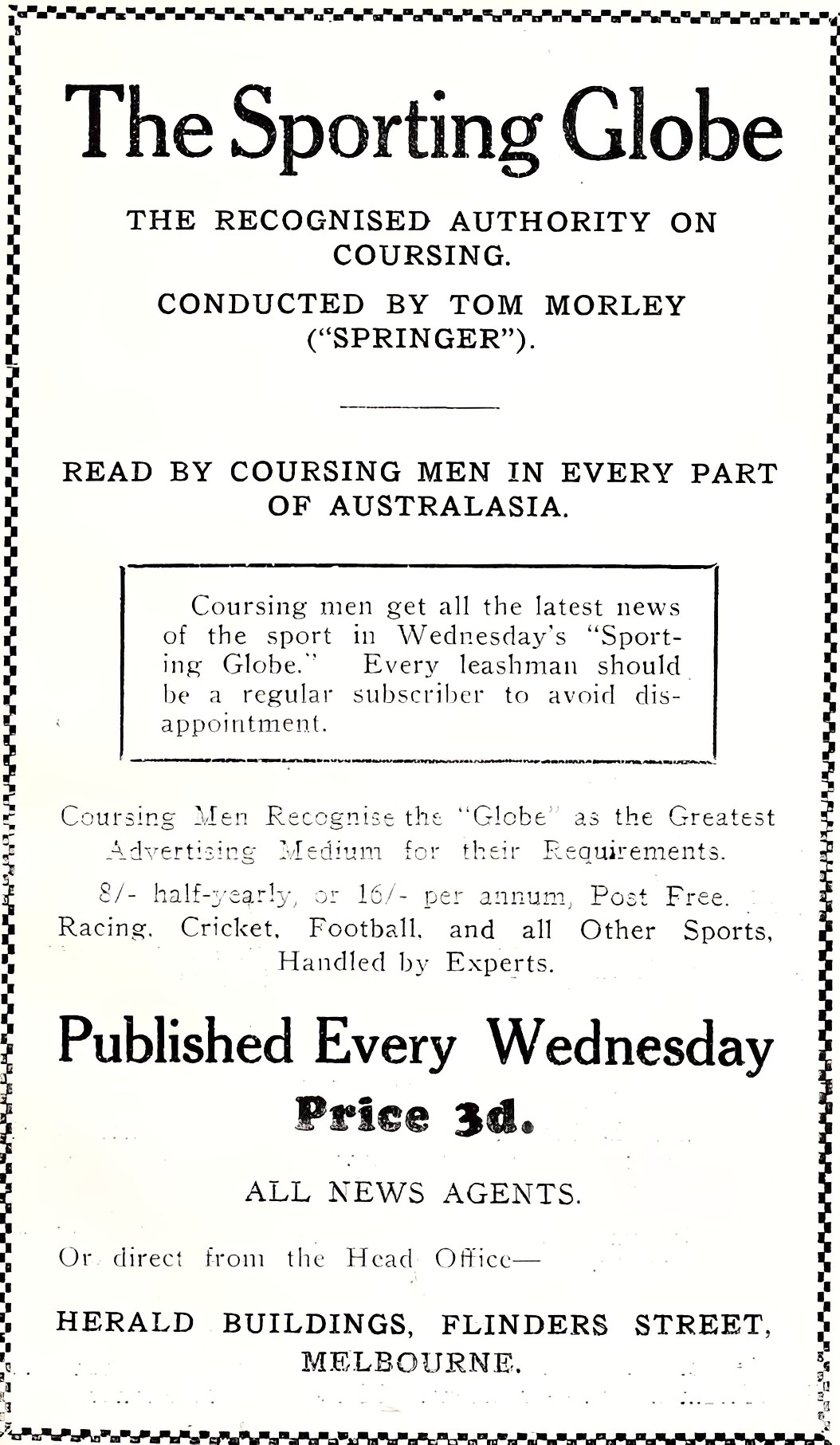