1967 NSW Greyhound of the Year Pearl Moss (Which Chariot x Elsie Moss). Super producer Elsie Moss the dam had produced the 1966 NSW GOY Rose Moss to Black Top. She was bred by Kevin Connelly and leased to Reg Johnson of Riverstone. In a short career of only 22 starts she won 14 and was placed five times. She won the National Futurity, ran second in the Wentworth Park Gold Cup, third in the Association Cup and set a new track record at Wentworth Park over 722 metres. She beat her brother Mister Moss and Swanky Beau for the title.

It was a star brand that produce many top liners here is photos of a few others. Mister, Elsie and Rose.

Mark Small -From memory the Connelly’s at Riverstone bred and raced Rose Moss. I remember Millers Moss and Black Top as a kid being like Fernando Bale these days 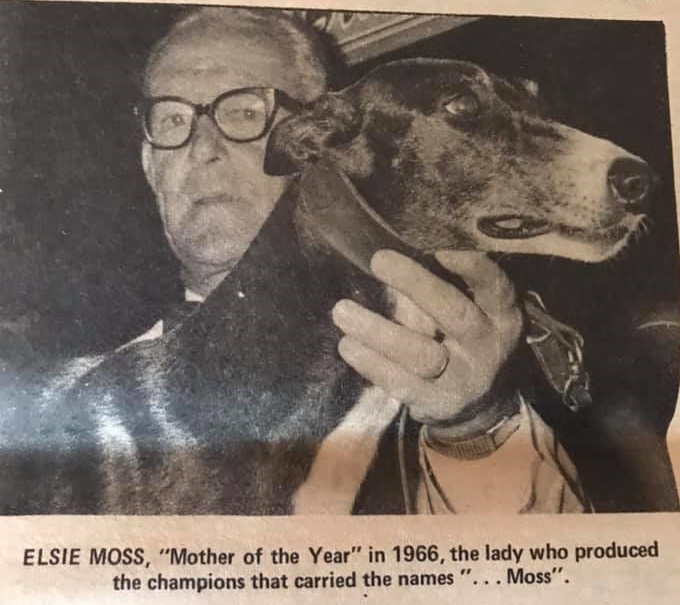 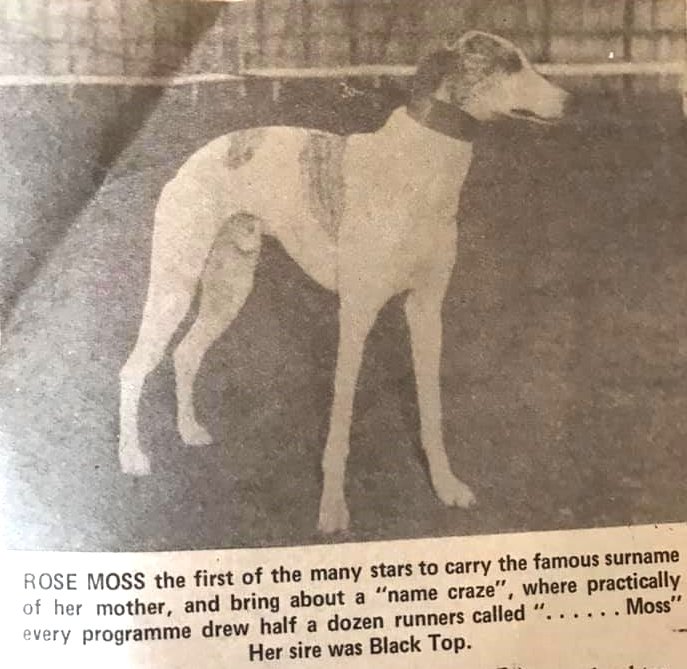