The first use of the Photo-Finish in country NSW Beaumont Park Newcastle 1954. Story of the development of the equipment. Also  a photo from Sandown not sure of the date.

John Reid – I remember the night at grace dale dogs,the punters were so disgusted at the judges decision they shook the judges box,the judge name was Gordon can’t think of surname,that old age for you.

Neil Brown – It would have been my Uncle the late Gordon McPherson dad’s brother-in-law. He judged at Sandown for a long time as well, his son later took over and judged for many years Les named after my Grandfather. He was a mate like many others of Jack McKenna both tied up with Springvale Football Club. Gordon like myself is a Life Member of the footy club. 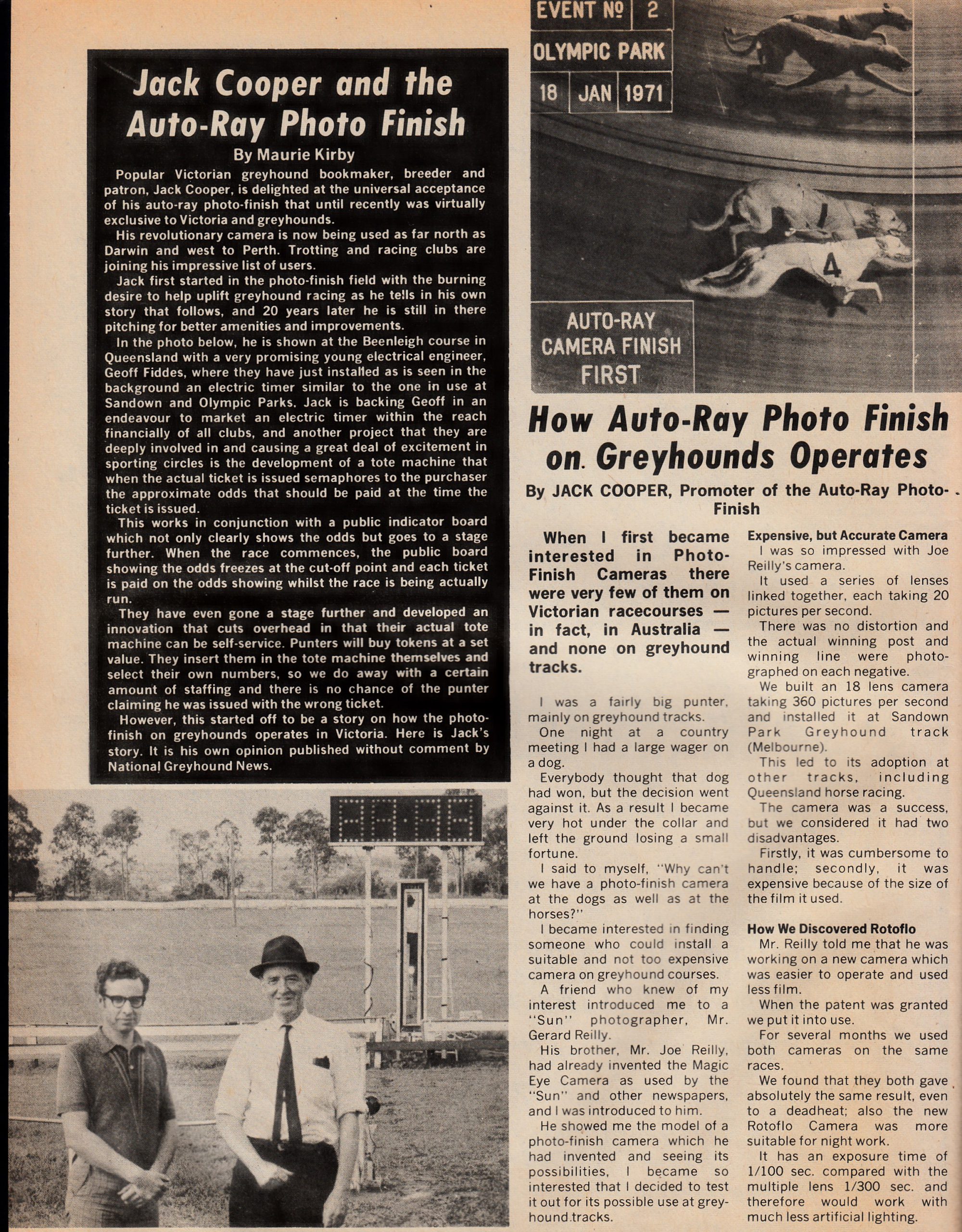 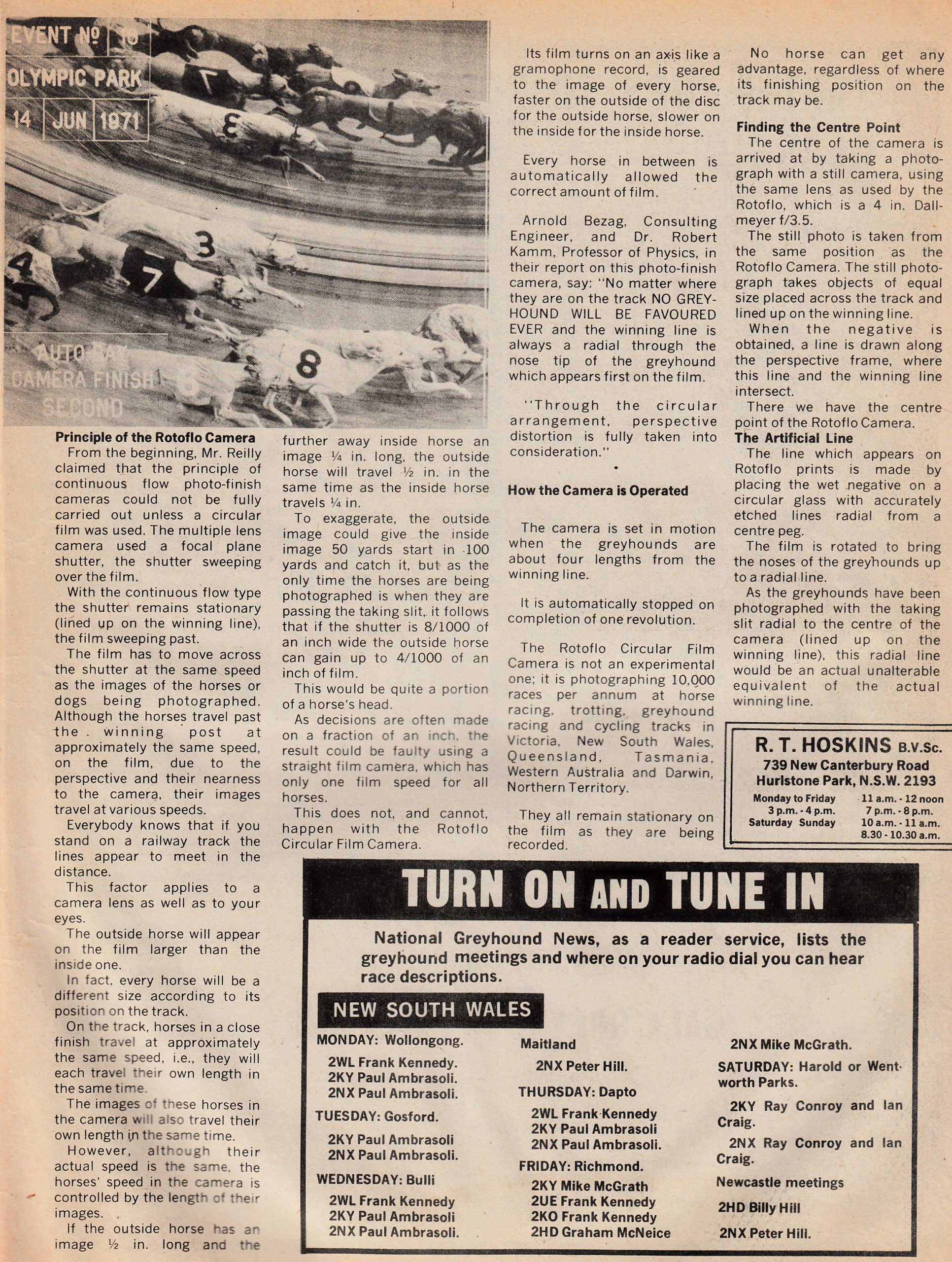 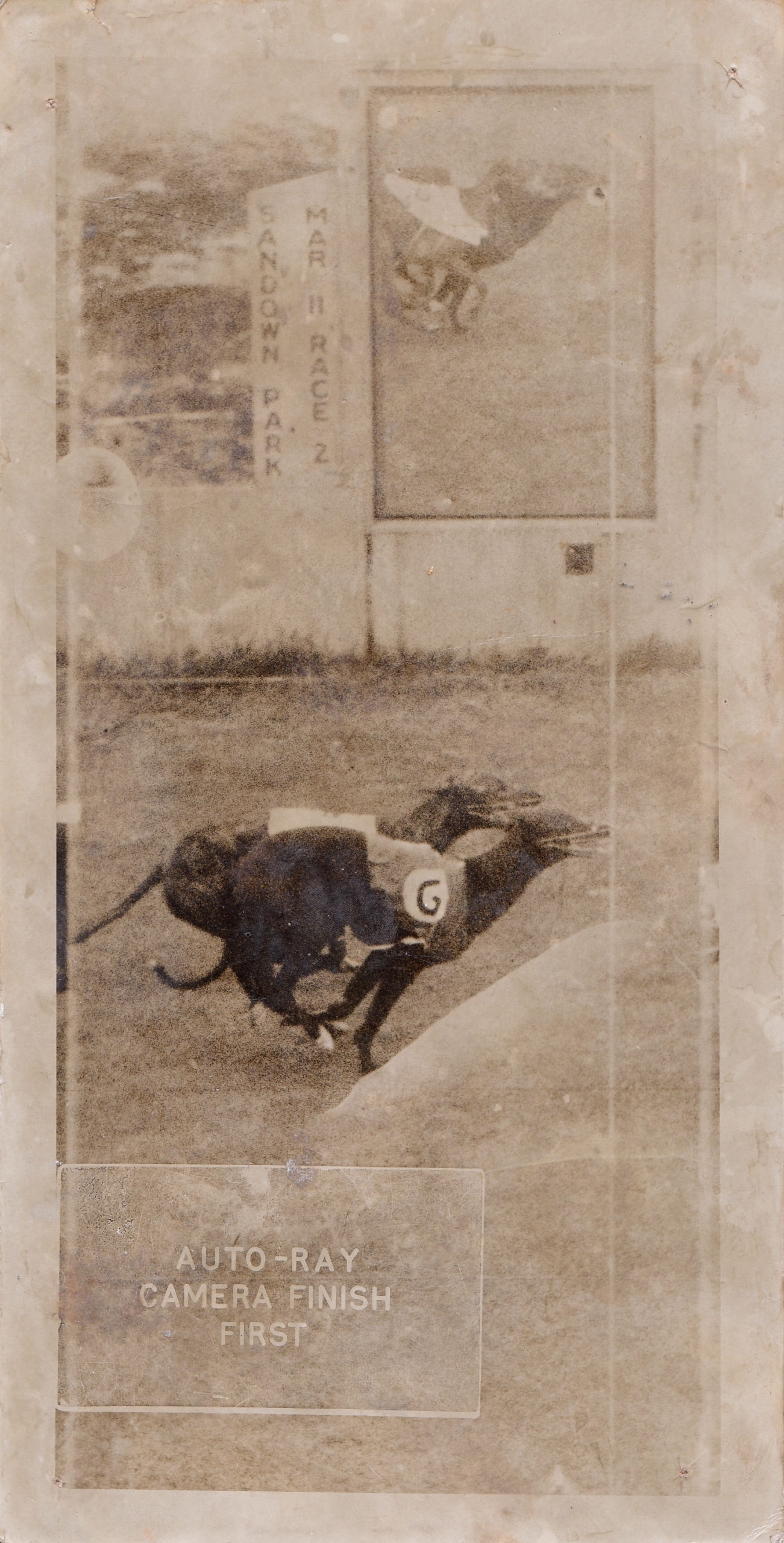