One of my favourite dogs of his era was Regal Occasion (Leader Champion x Tudor Jester) whelped Feb 1980. He was trained by the one and only Billy Bray. Like most of Bill dogs they had over 100 starts. Here he is after winning at his 90th start. It was at Sandown and to that stage, he’d been in the money 68 times. Even more special the race marked the 90th birthday of the late Eva Rose. Eva was a well known and wonderful greyhound person who at that stage had been attending race meetings for 77 of her 90 years.

John Reid – Bill Bray,many funny stories,one I myself remember happening,noticed bill coming for a haircut at Brandon park,I said to everyone,no matter what this bloke says agree with him,as many of you know bill loved an Argument,after about ten minutes bill said your an arsehole,I know what your doing,thanks bill lots of wonderfull memories,one many will know dog named hameron bill free galloping at VFL car park,dog ran out on to. Wellington rd,did not get hurt bill stated he’ll be no bloody good,otherwise he would have got killed,we reminded of that,every time Hameron won

Sheldon Hamilton– Did Billy ever smoke?

John Reid– Sheldon Hamilton no Sheldon he ate the bloody things,dogs in his hands but he could light up a fag. 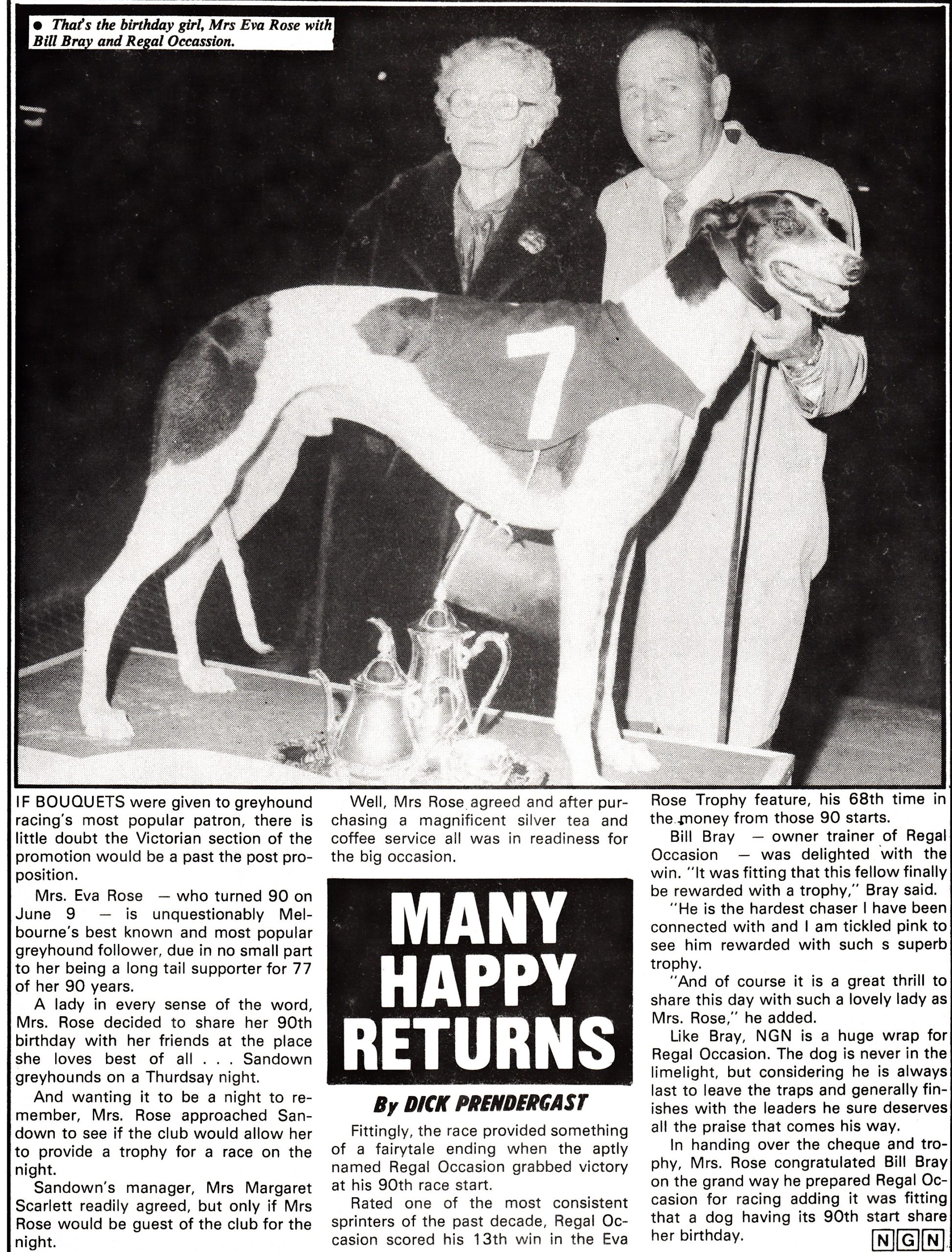