One of the real top stayers of the middle 90’s was the 1997 Victorian Greyhound of the Year Ringside Fire. He started life called Pretty Boy Ring and I am not sure why it was changed. I must ask his likeable Owner-trainer Phil Smith that question next time we meet. Ringside Fire started racing in November 1996 finishing in July 1999. He had 79 starts for 27 wins and 20 placings winning approx.. $170,000 in stakes. He won a Sydney Cup, an AWA Cup and an Ansett Cup, made the National Distance final and a number of feature races after campaigning in four states. He also won at Shepparton over 440, Sandown 515 and 715, Traralgon over 658, Geelong 700 and Warragul over 699 where his stayer career started in April 1997 at start number 16. A black dog whelped February 1995 by Fire Cape from Pretty Pretty. Phil Smith of Pascoe Vale always considered himself incredibly lucky to get hold of a dog like Ringside Fire so early on his training career. Phil had a break for a period but was back at in the middle of last year. 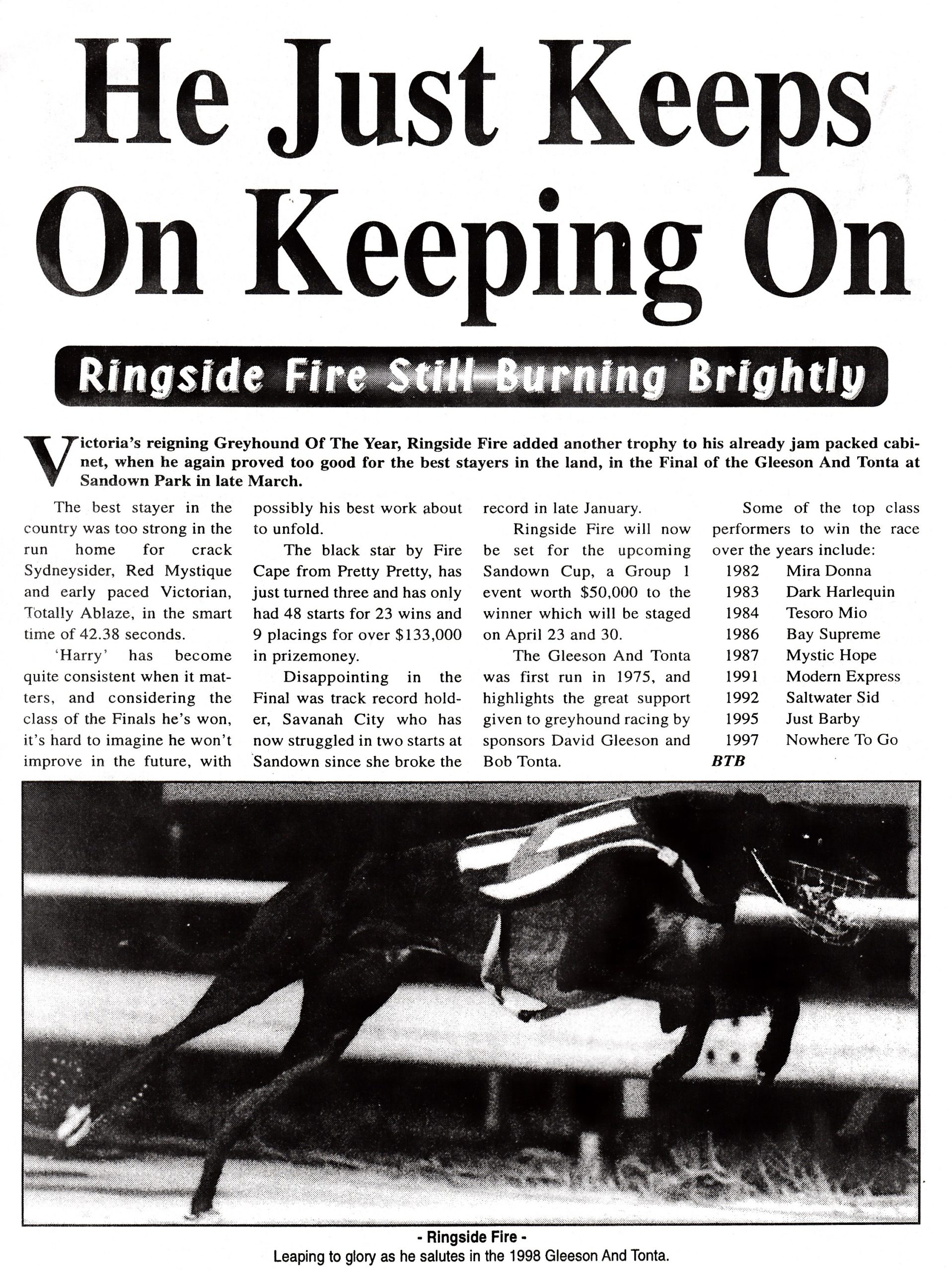 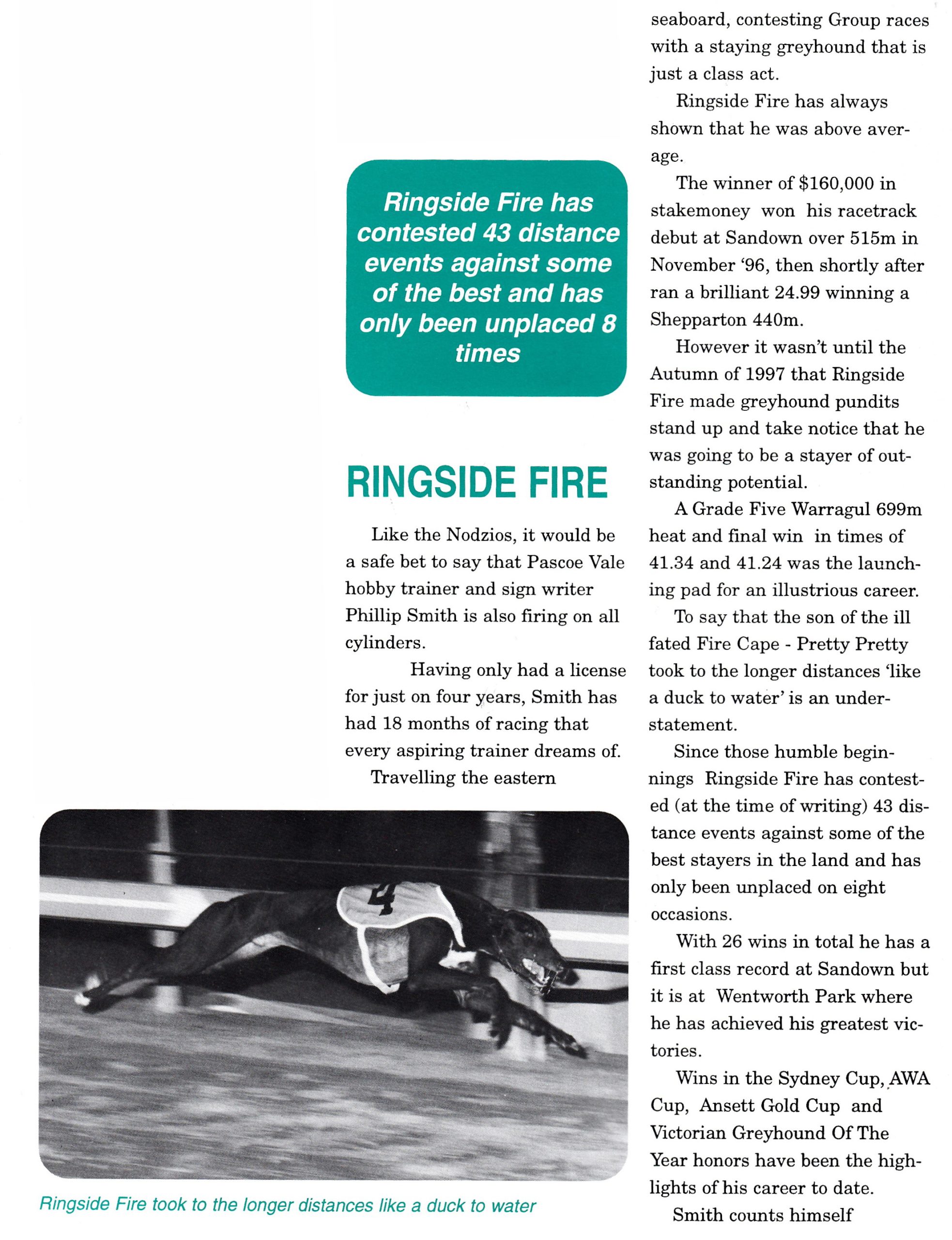 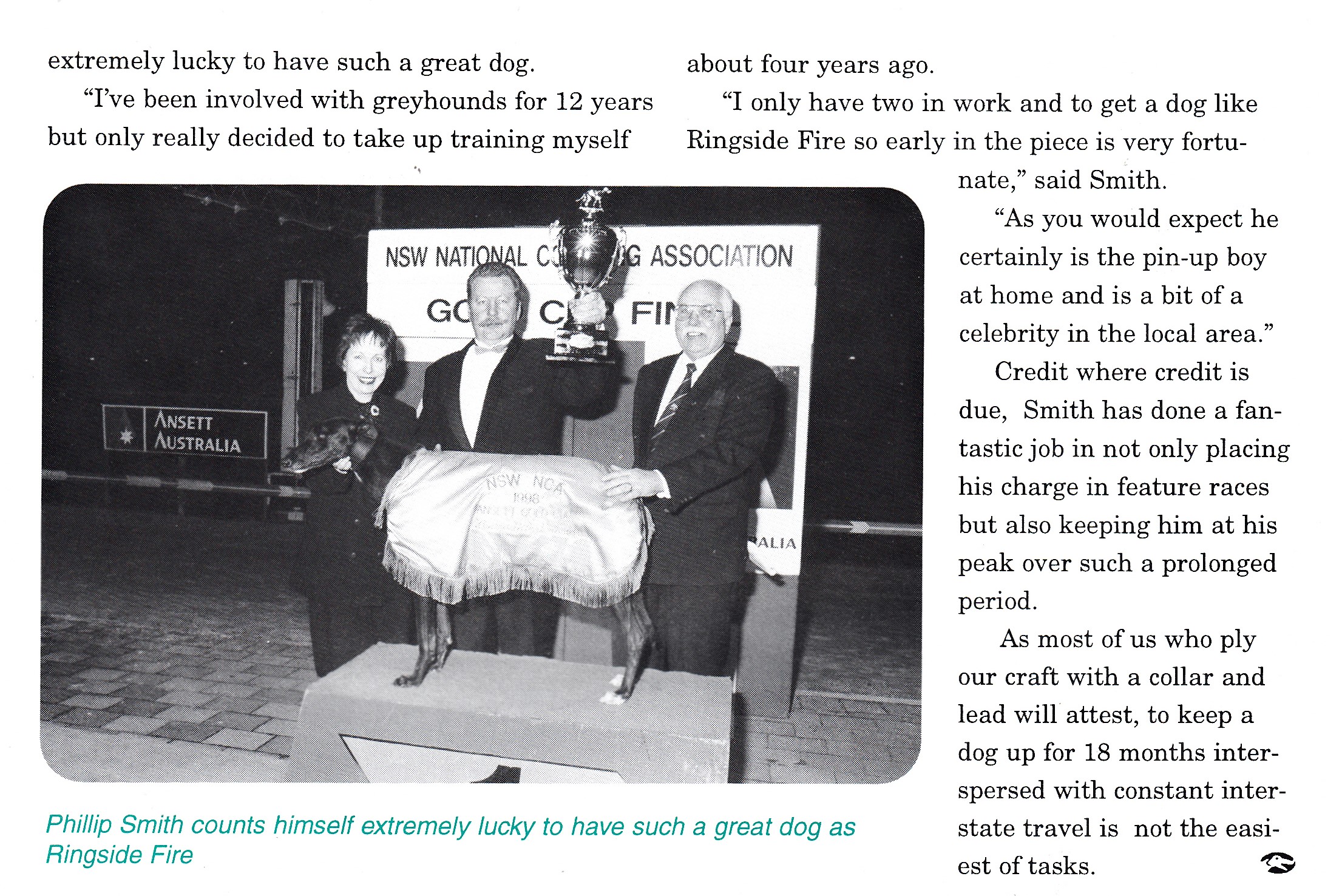 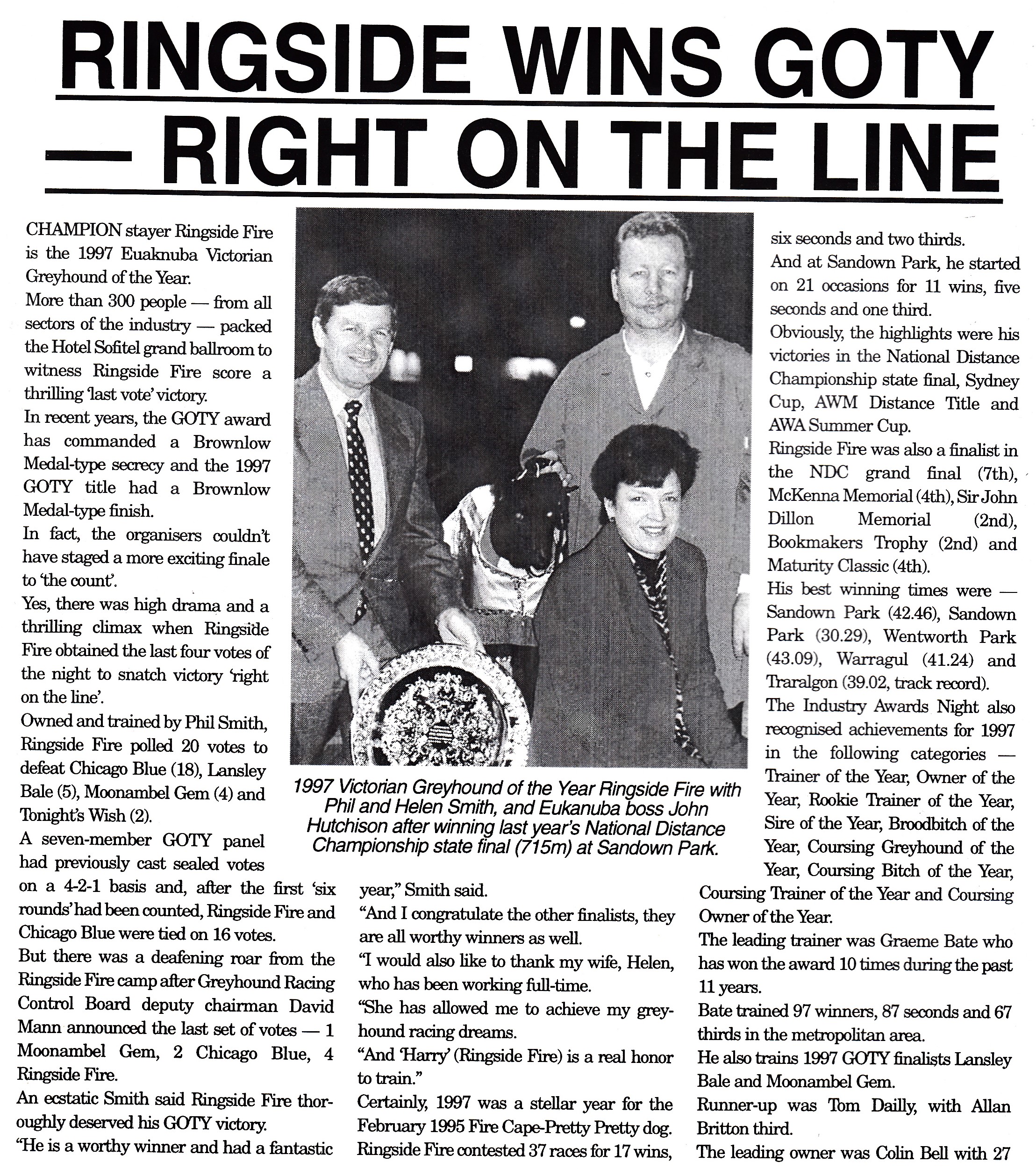