In 1978 Sandown Greyhound Racing Club brought Hollywood actor Robert Stack to Melbourne in an unprecedented Melbourne Cup promotion. Here is a great shot of him with 78 Cup winner Tangaloa and his litter brother Black Smoothie. The Emmy Award winning actor was famous as the star of TV Series ” The Untouchables” which ran from 1959 to 1963. Stack was born in January 1919 and pasted in May 2003 at 84. He was married to his wife actress Rosemarie Bowe from 1956 until his death. He appeared in 47 TV Series from 1951 until 2002 and 51 Movies from 1934 until 2001. The old timers around Sandown told me he was a top bloke.

Chris McKay – Great actor very versatile
Lesley Green – I was there that night, I still have his autograph somewhere and also Elke Sommer
George Clegg – Lesley Green wasn’t he a fantastic actor
Lesley Green – George Clegg and not to bad looking and with a lovely voice, I always remembered that
Dennis Huxley – What year did Elke Sommer come out? 1979 Acclaim Star I think. Sat in the old wooden stand and chatted with all and sundry.
Christine Hardy Oldfield– I mated November Lilly with Tangaloa twice for two brilliant litters
John Hellingman – I had Leander lad ln the final he signed the race book and still have it John Hellingman
Susan Abela– Think they were substitutes as they look nothing like tangaloa but l could be wrong
Val Neyland– Bob Graeme my partner has a photo finish of Little Waratah defeating Black Smoothie by nose at Sandown park
Mark Small – Gee d love a Tangaloa now 🤞🌈💫⭐️
Naseebullah Khan– very good
Roger Kirby – Was tangaloa in 2 Melbourne cups or Australian cup
Neil Brown – Roger Kirby Won the 78 Australian Cup super sire and trained by a super bloke the late Joe Hili.
Julie Elizabeth Edmondson – Wow great memory
Trevor Smith – Liked the great Elliot Ness!
Edwin Caruana – Tangelos won the 1978 Melbourne Cup, 2nd in 1979 went on to win the 1980 Australian Cup at 33/1.
Edwin Caruana– Robert Stack and his wife Rosemary were lovely people, Olympia and Rosemary had a great time chatting about family and children. 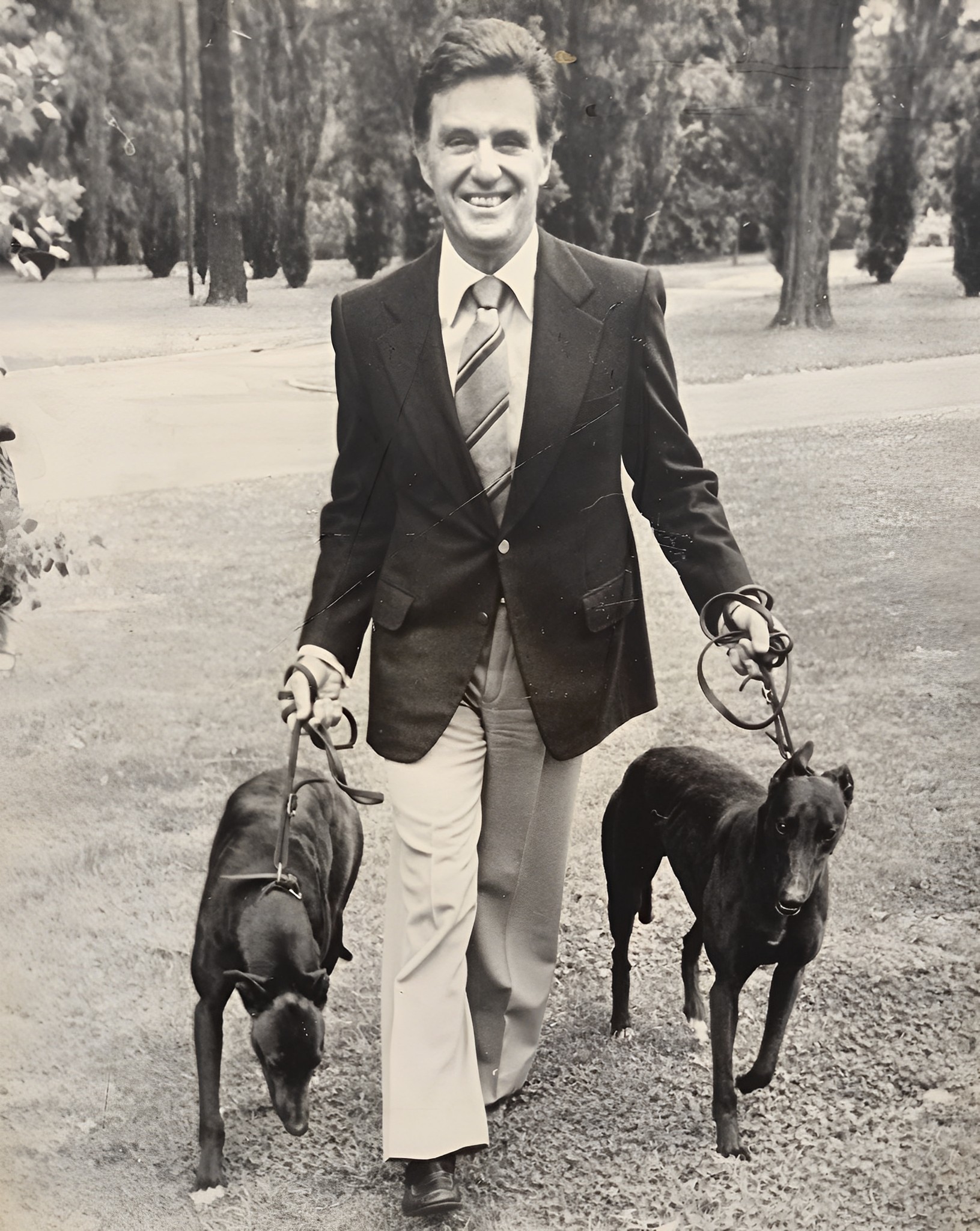