It is amazing what greyhound trainers keep. Basin mentor David Thomassen started training back in 1949 and had his biggest success when he won 1975 Sandown Hurdle Championship with (Tim) Perra Street. Now most members are aware of my love of the Up and Overs so to be passed on David’s box of memorabilia was a delight. David left his treasured memories with Vet Nurse Melanie Tochner from the Sandown Vet Clinic. The level of detail is as good as you will see. Among the items was a DVD of the Championship win filmed prior to Video Tape days on a reel-to-reel camera a top the Sandown Grandstand in those days by the Cafiso brothers. The boys raced star sprinter Roo Power. There is no commentary and unfortunately the soundtrack of my all-time favourite band The Eagles a world powerhouse of the 70’s had copyright issues so only Leo Sayer’s Long Tall Glasses remains. The other interesting find was a letter from Ken Norquay welcoming David to Sydney for a Hurdle Exhibition race in January 1976. The classic Race book has some interesting stuff in it none the less the Bookies fielding in those days. Hope you find the package interesting. 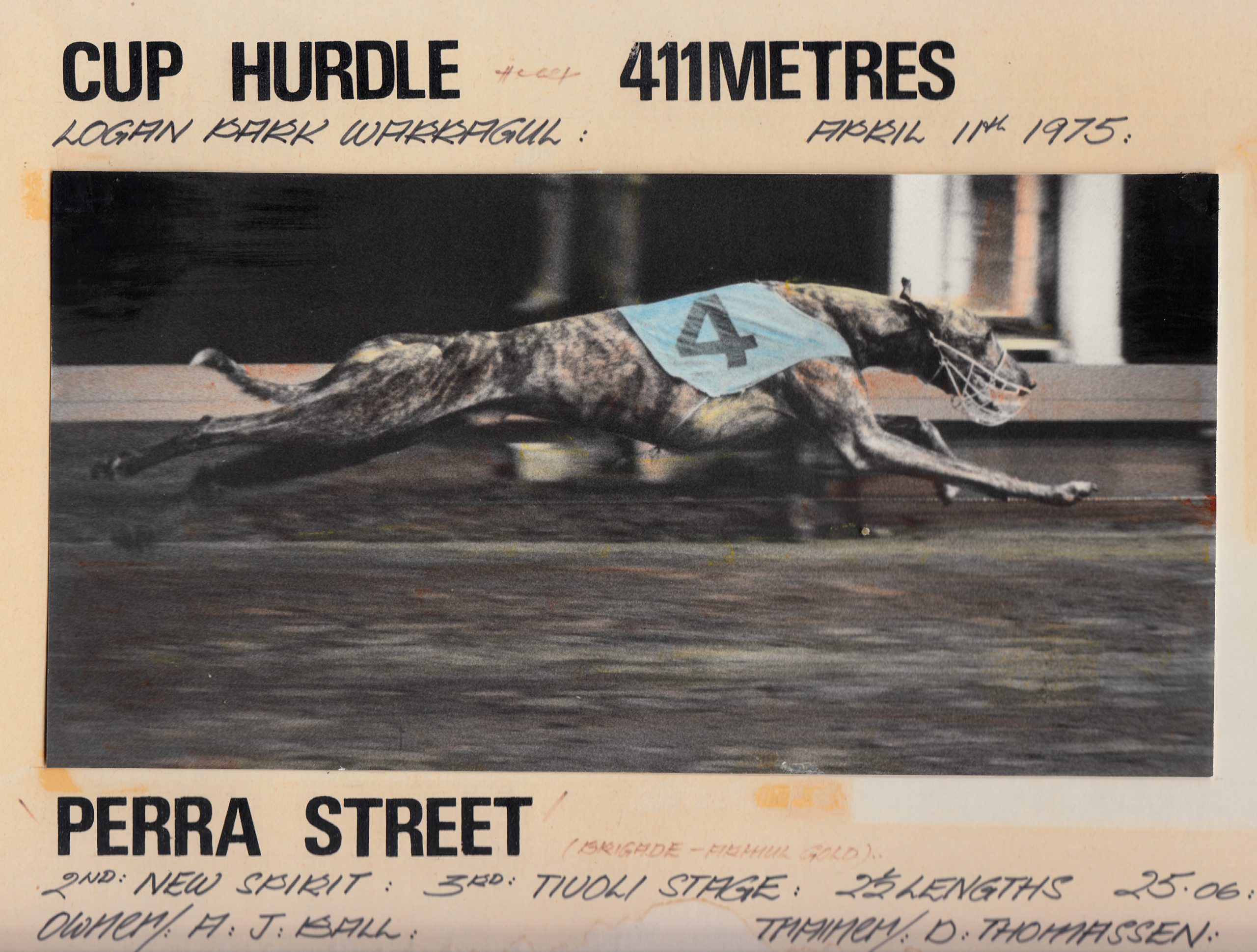 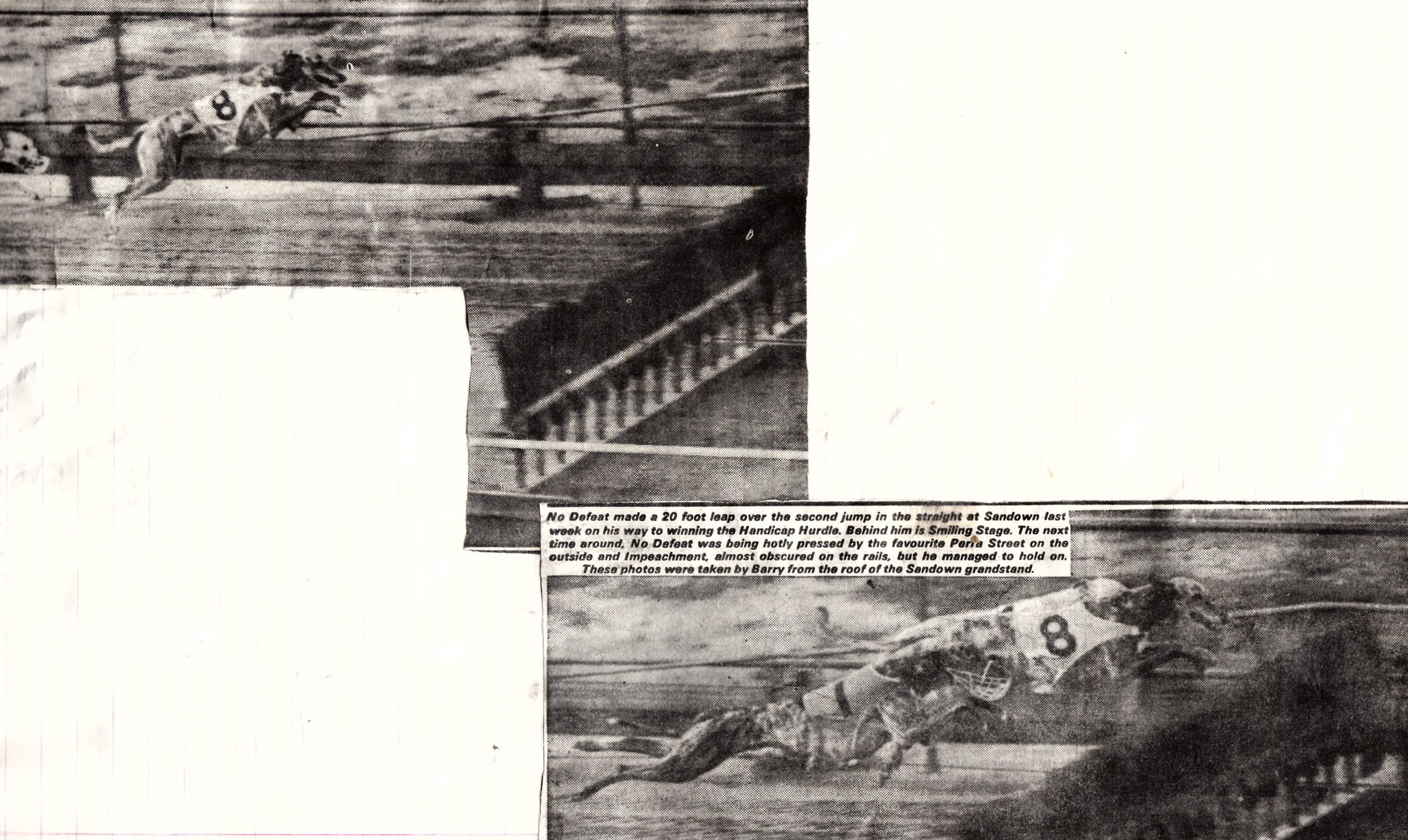 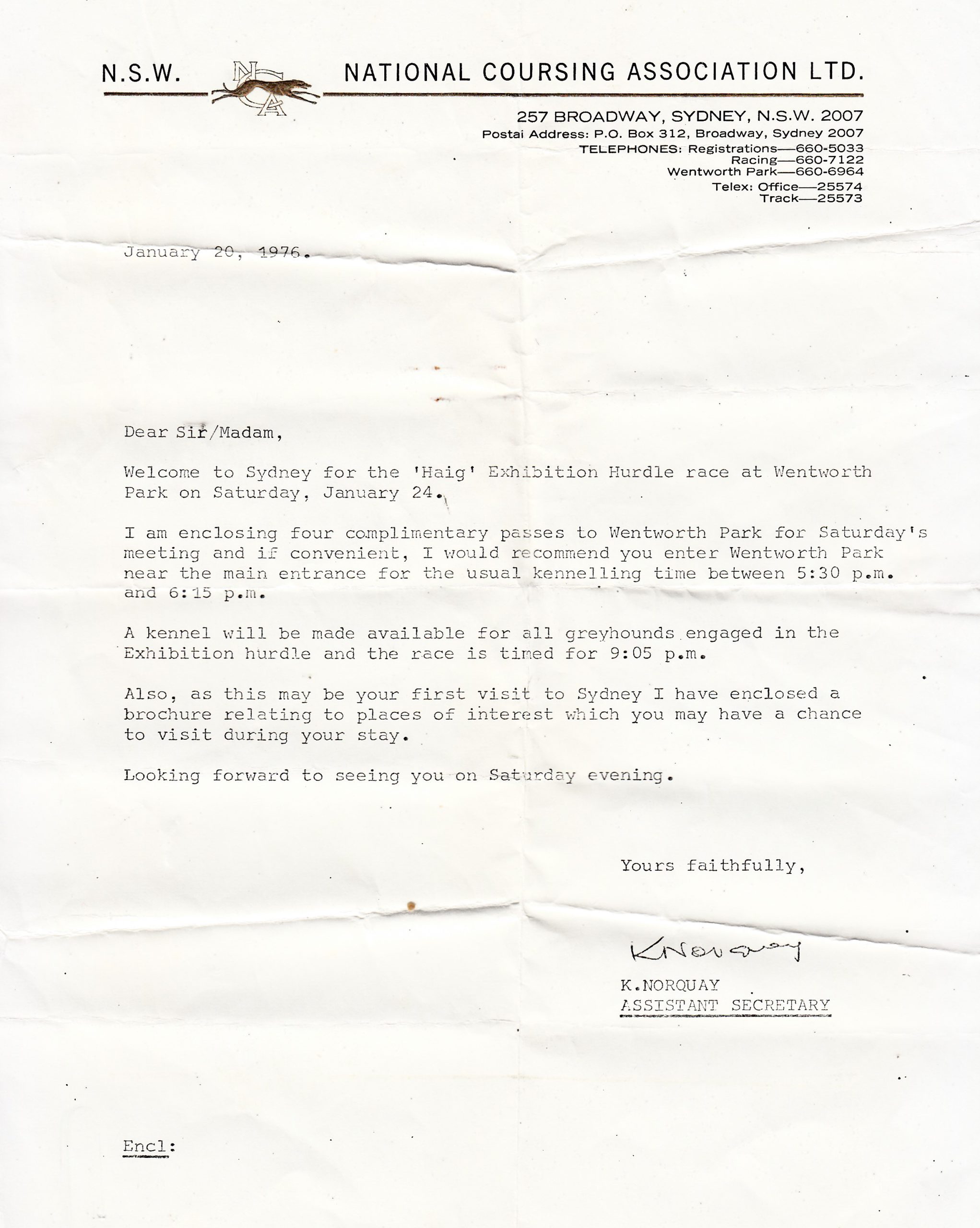 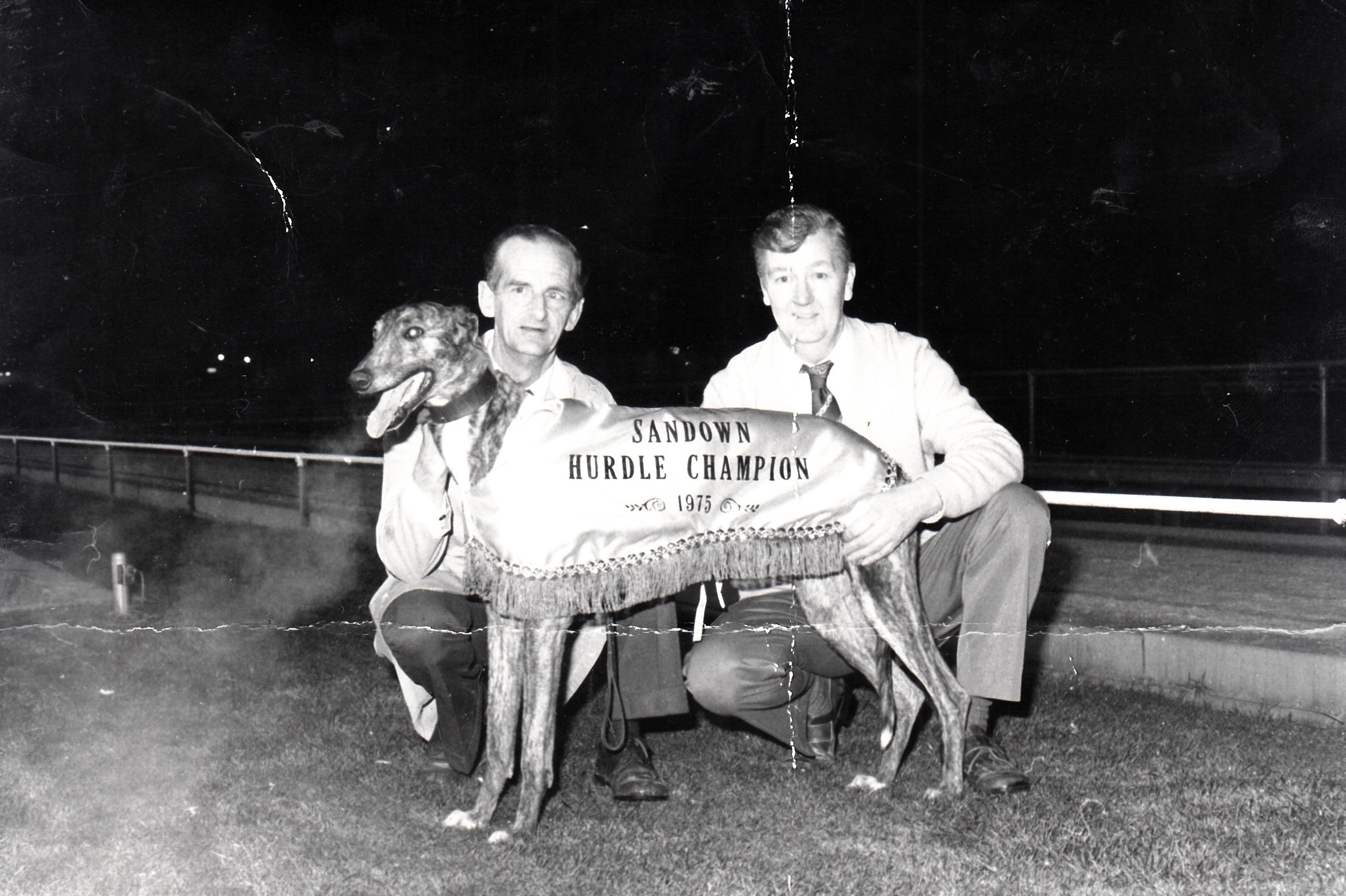 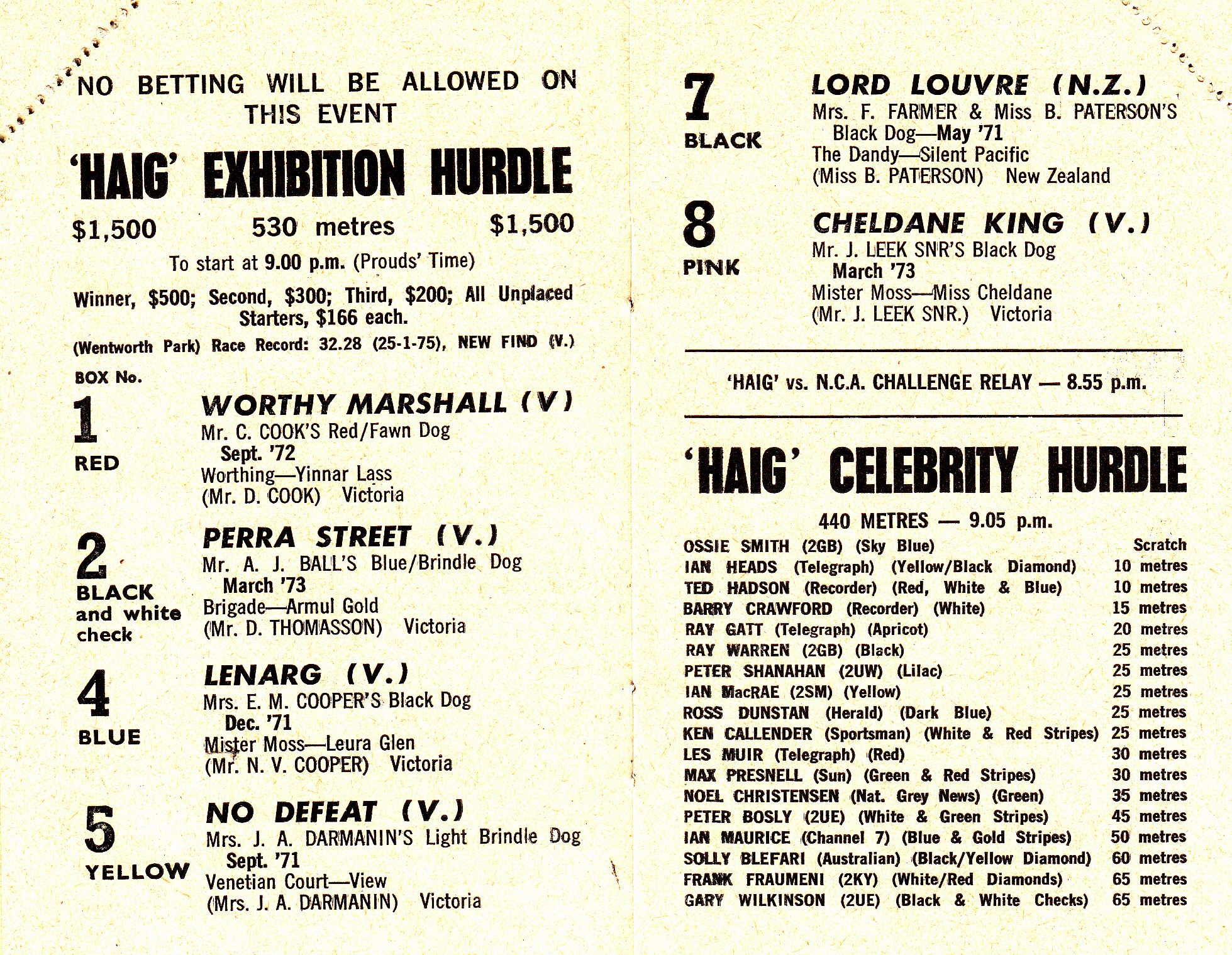 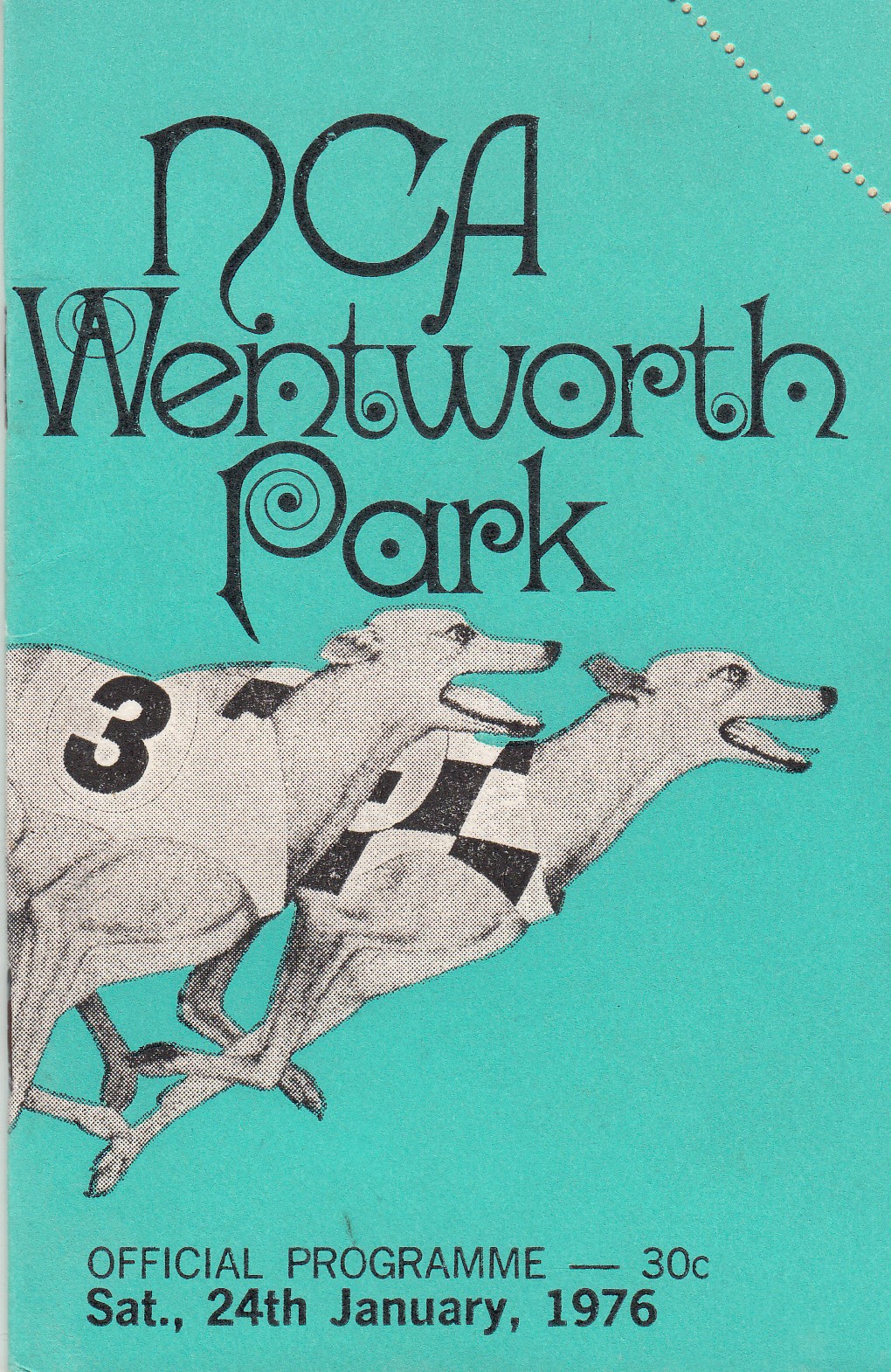 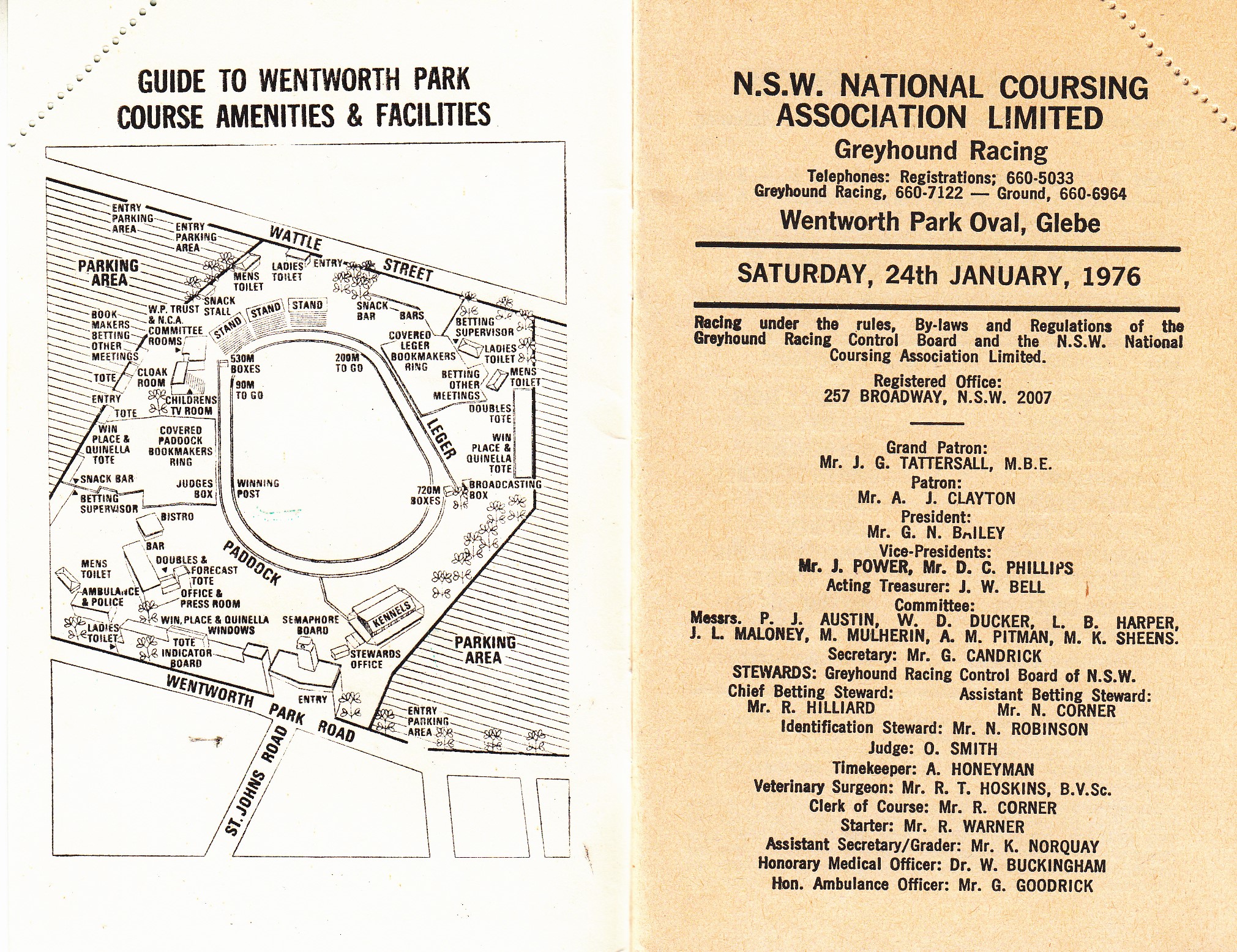 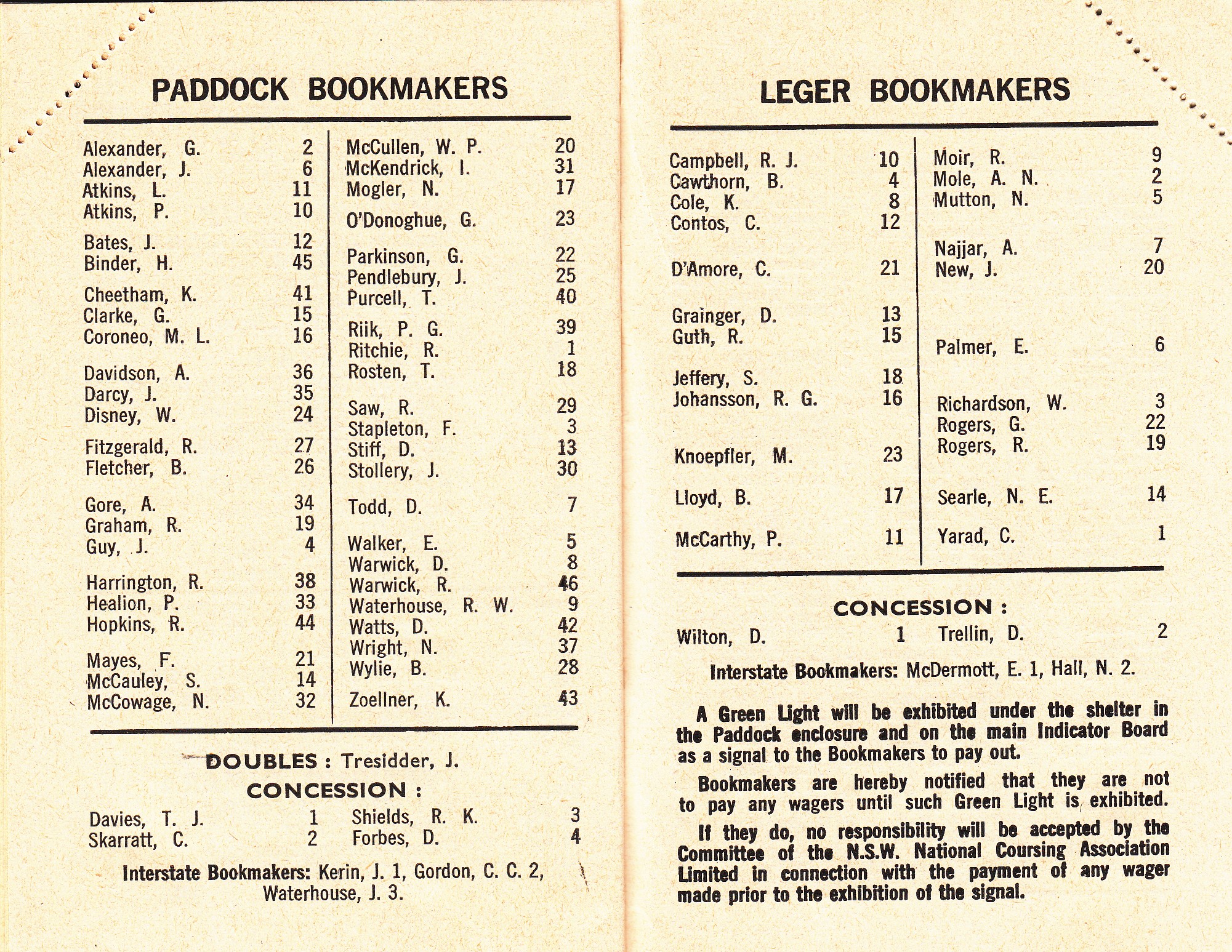 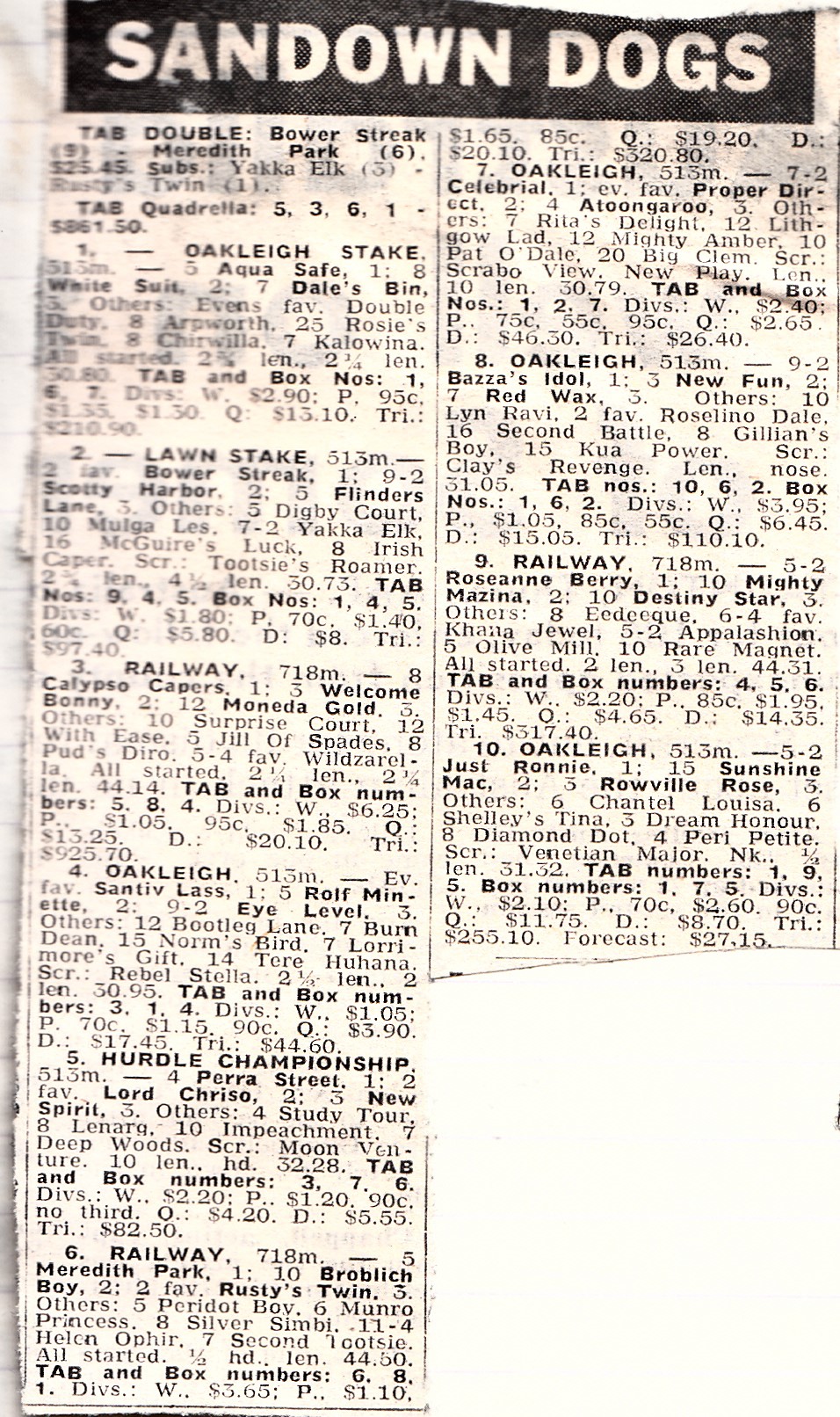