Here is a great pic of Roccabright whelped in December 1937 he won 25 races starting with seven straight and he won first up on every track he raced on. Raced by the legendry Les Brett he named his famous Kellyville Kennels after Roccabright. They were later brought by Frank Holmes who stood the mighty Black Top there. Roccabright was a very successful stud dog he produced Nimble Rocca who in turn produced the mighty Dream’s Image. Prominent in the pedigree of the likes of Rookie Rebel. He is certainly a stunning looking individual. 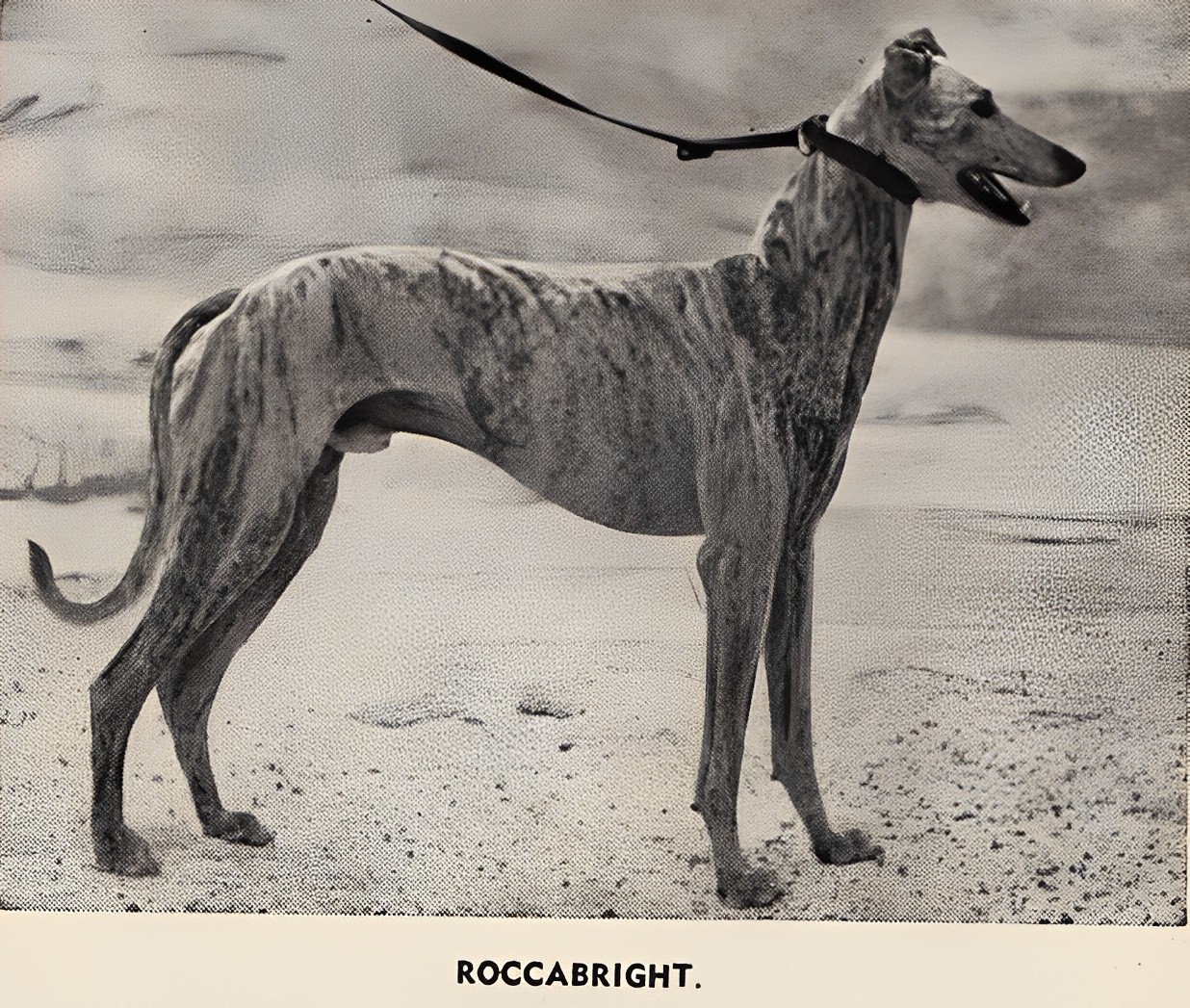