Sam Bladon AGRA-GCA Hall of Famer acknowledged as the greatest Coursing trainer of all time. Trained from the late 1880’s through to the early 1900’s. The late Jack Bell an NSW NCA legend accepted his HOF induction when Jack was in his middle 90’s. In a detailed speech as only Jack could make them he remarked how his father had trained against the great Sam Bladon. 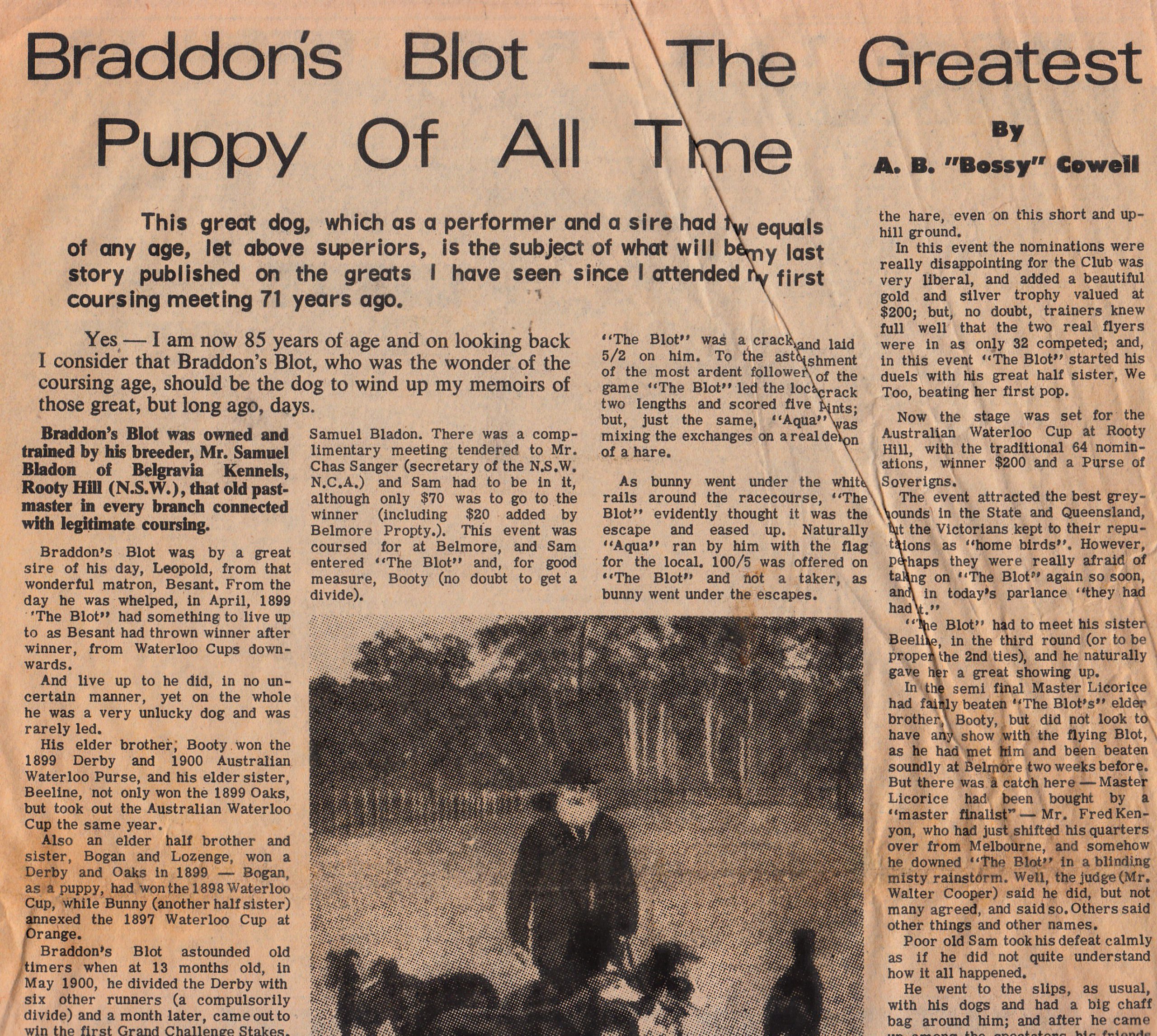 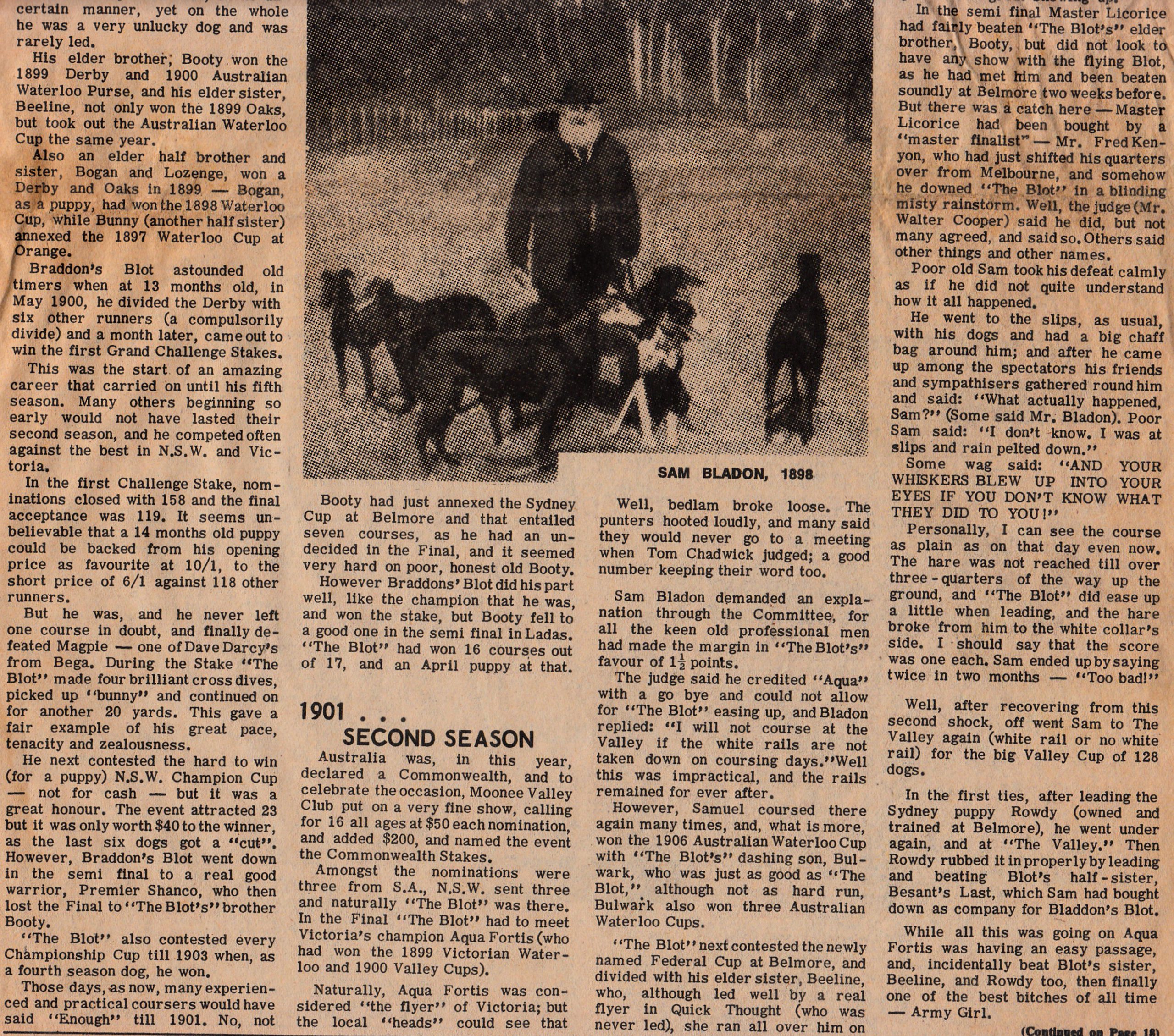 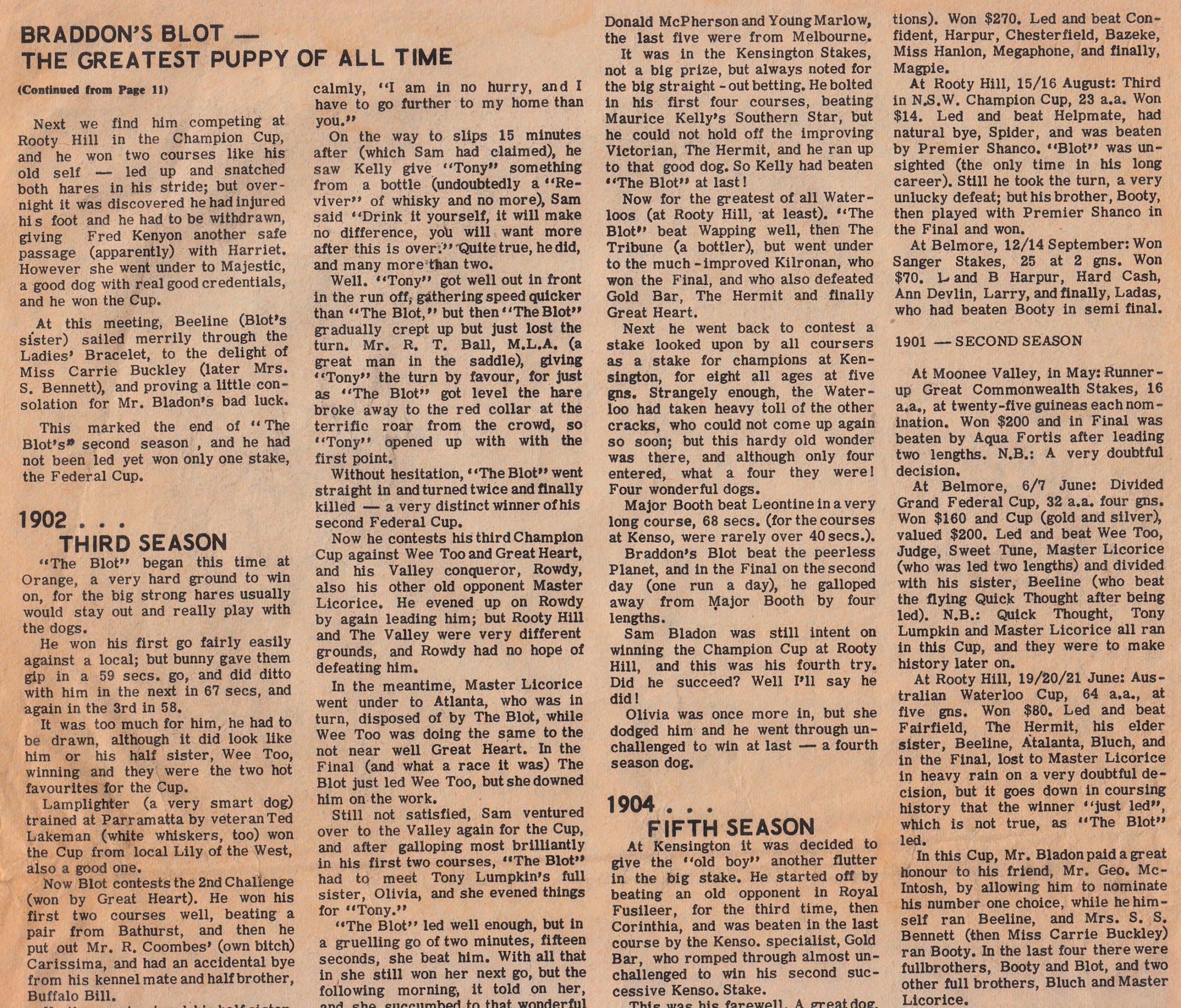 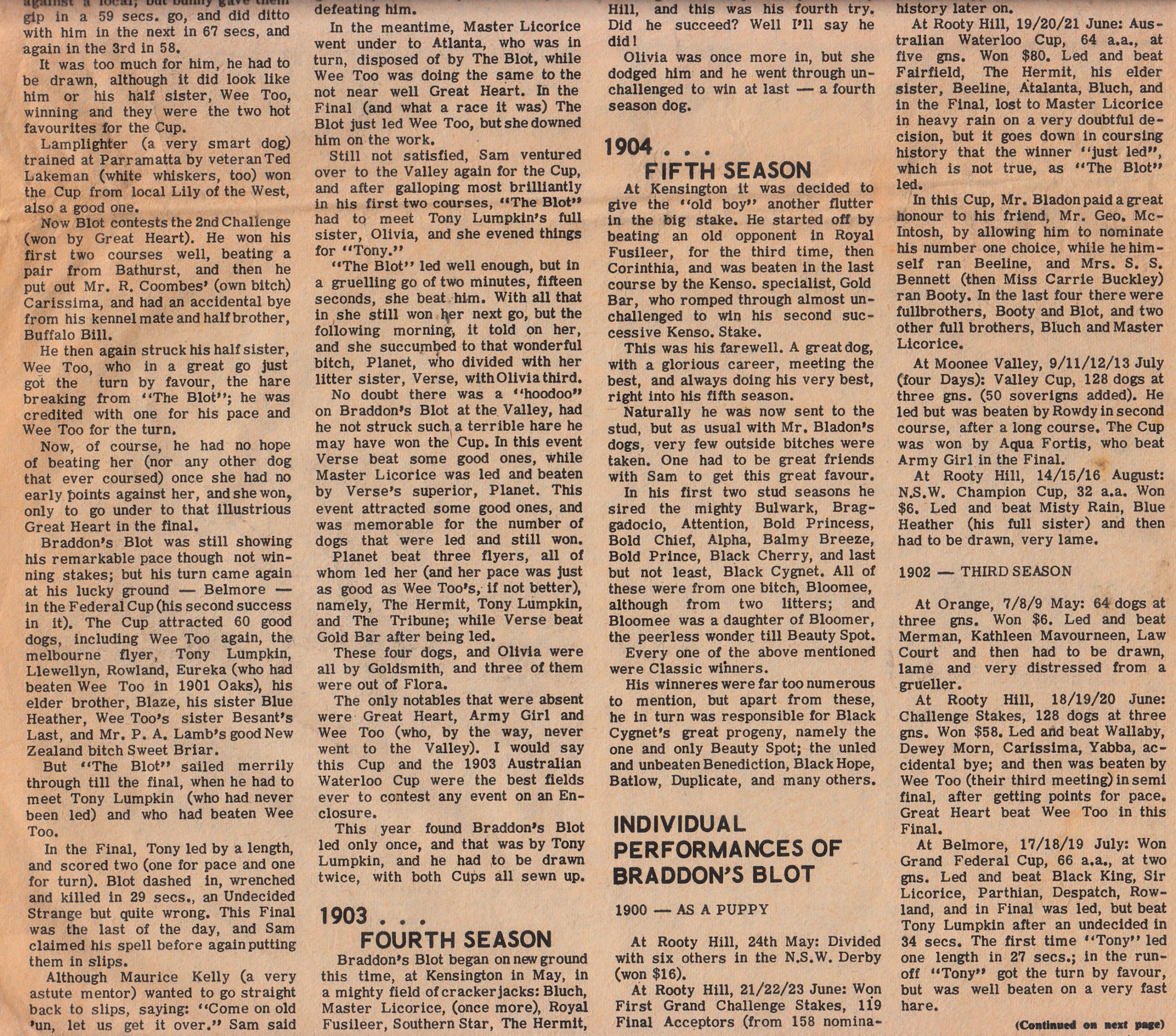