One the of all-time great performers Louis “Satchmo” Armstong was here in 1956 when he met his namesake. I used to love singing his big hit Hello Dolly at my neighbors Snowy McLean’s garage. Snowy had trained dogs in the 40’s and I talked him back into it in the late 60’s, he had a top-class performer. A little white and black spotted bitch named Newspot. She won a number of races at Olympic Park and Sandown. My party trick was I would sing the second part of Hello Dolly in Satchmo’s gravel voice. How about the gear Mum has me dressed in. 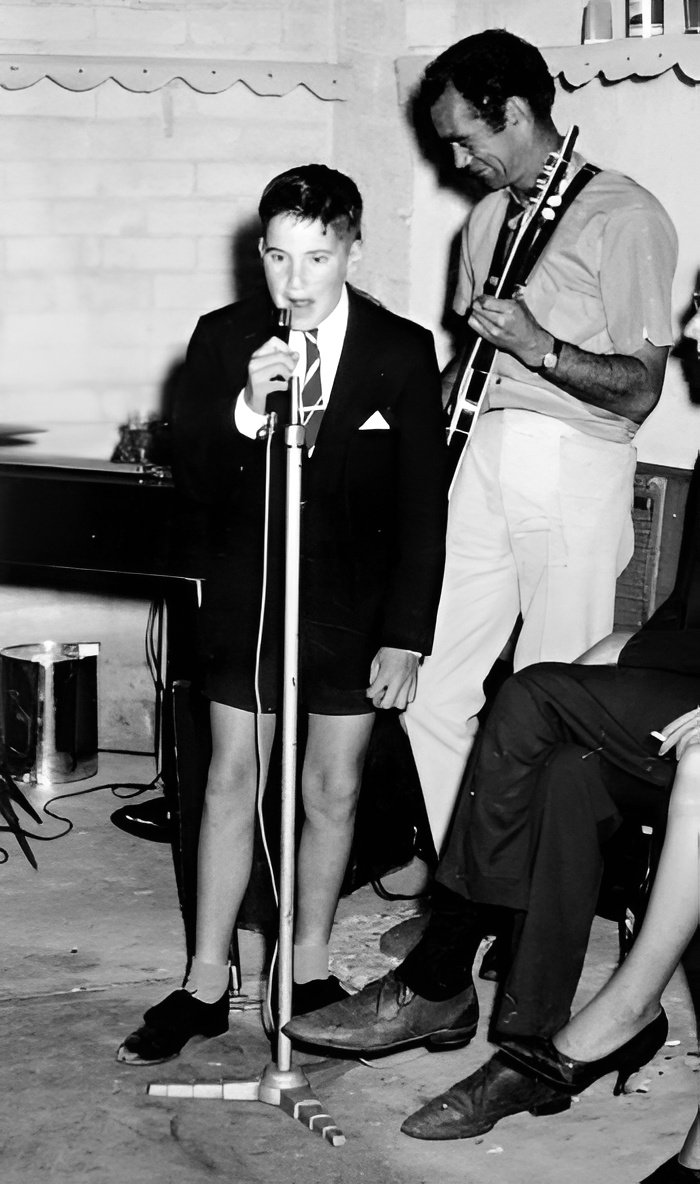