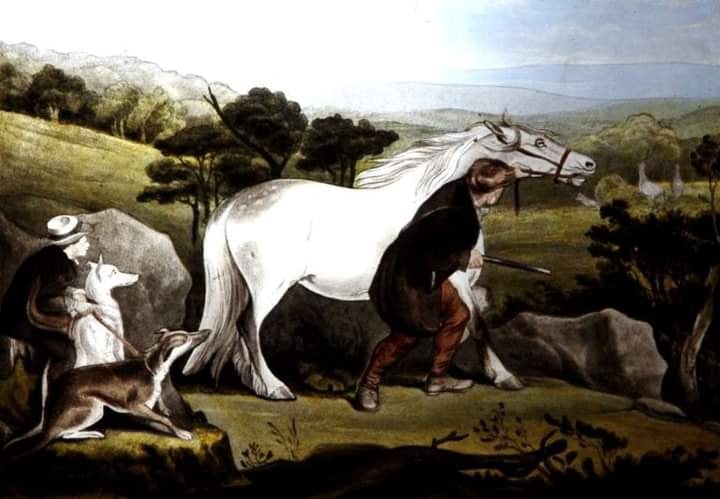 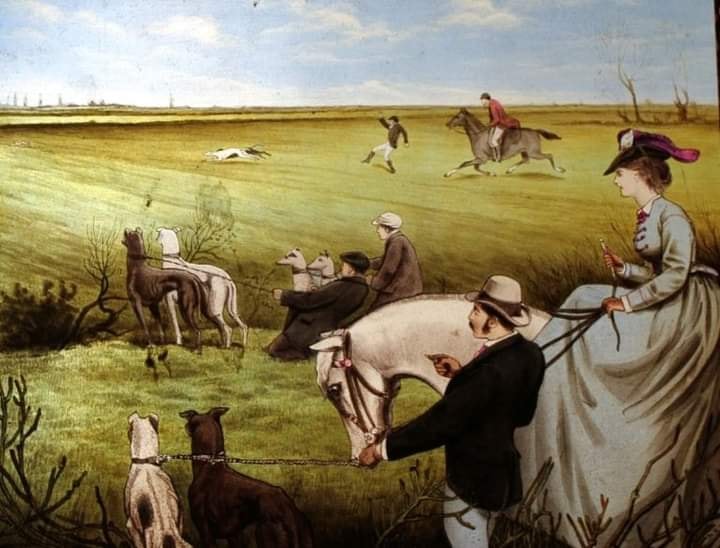 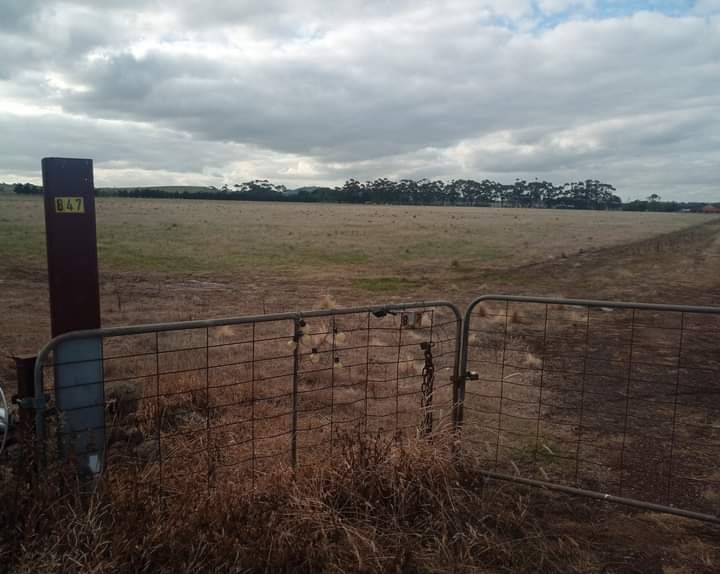 Posted by Chris Hislop – Here’s the four coursing scenes captured on the stained glass window in Sir William Clarke’s Rupertswood Mansion, Sunbury, on which estate coursing started in Victoria 1873. The inaugural Waterloo Cup was held there on August 14th 1874.
It would later move in 1881 to one of Clarke’s other properties at the nearby Diggers Rest, where he established the first Plumpton site in Australia. I’ve also attached two photos that I took recently of the paddocks at Diggers Rest where the Plumpton Coursing took place. Parts of the stone perimeter fences are still in place.