This Sporting Globe report is over 70 years old. Pretty tough dogs back then highest stake earner The Reviver had 105 starts for the year. 23-22-24 in the money 69 times for 821 pound. The other report is about the best Puppy Harryed he won the Guineas, Derby and Waterloo Cup Coursing plus 14 straight at one stage on the track. His coursing events went for three days and seven courses each. Harryed was trained but the master the late Harry Nugent. One of Victoria’s longest licensed trainers in history.

Doug Scott– Harry could catch his own dogs on the coursing he was so fit…doug
Joe Baldacchino– The Wyong Derby was run with heats in the morning and the final that afternoon.
Trevor Smith– Great write up Neil,brings back great memories! 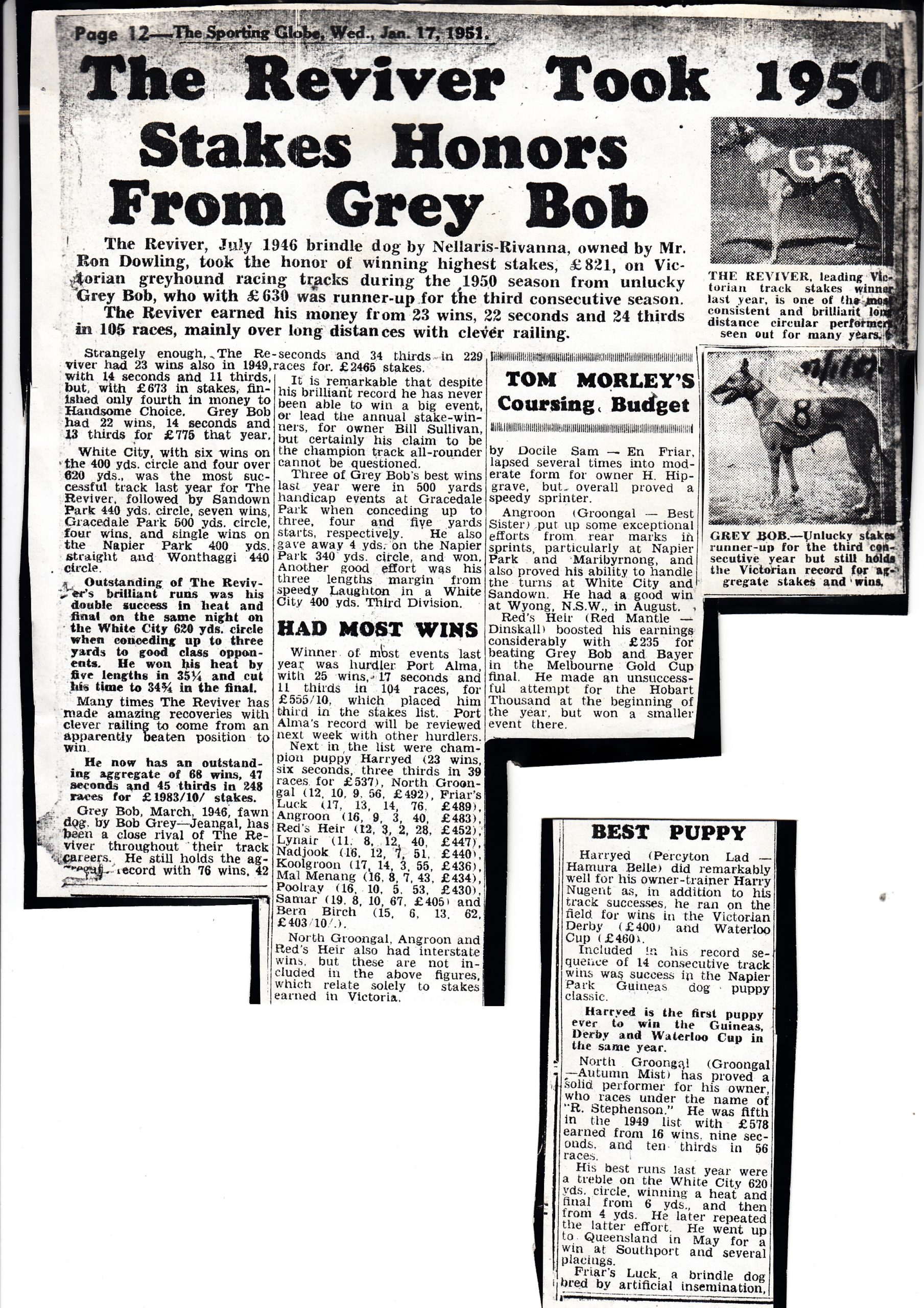