Jeff Collerson– Trained by the great Sep Gollan, who earlier had a champion called Keen Student. Swanky Beau was syndicated and head of the syndicate was George Breen, who used to do tips and form for radio 2KY, long before TAB or even TV!

Patrick Parrelli– Sep Gollan not only a good trainer but also a gentleman
Jeff Collerson– The late George “Chips” Breen who gave tips for the dogs on 2KY was head of the syndicate, though I believe more as a figurehead. Seppie was a legendary trainer who also had a top notcher called Keen Student. Frank Hurst, who won the inaugural Million Dollar Chase with Good Odds Harada, was Sep’s strapper when Seppie used to handslip his greyhounds up and down the Rosehill thoroughbred racecourse straight. Sep had acquired a key to the track!
Ian Rose– I remember seppy He was one of those legendary trainers you hoped you didn’t draw against in a race. Very hard to beat
Patrick Parrelli– That’s because he his dogs VB before kennelling them true story. 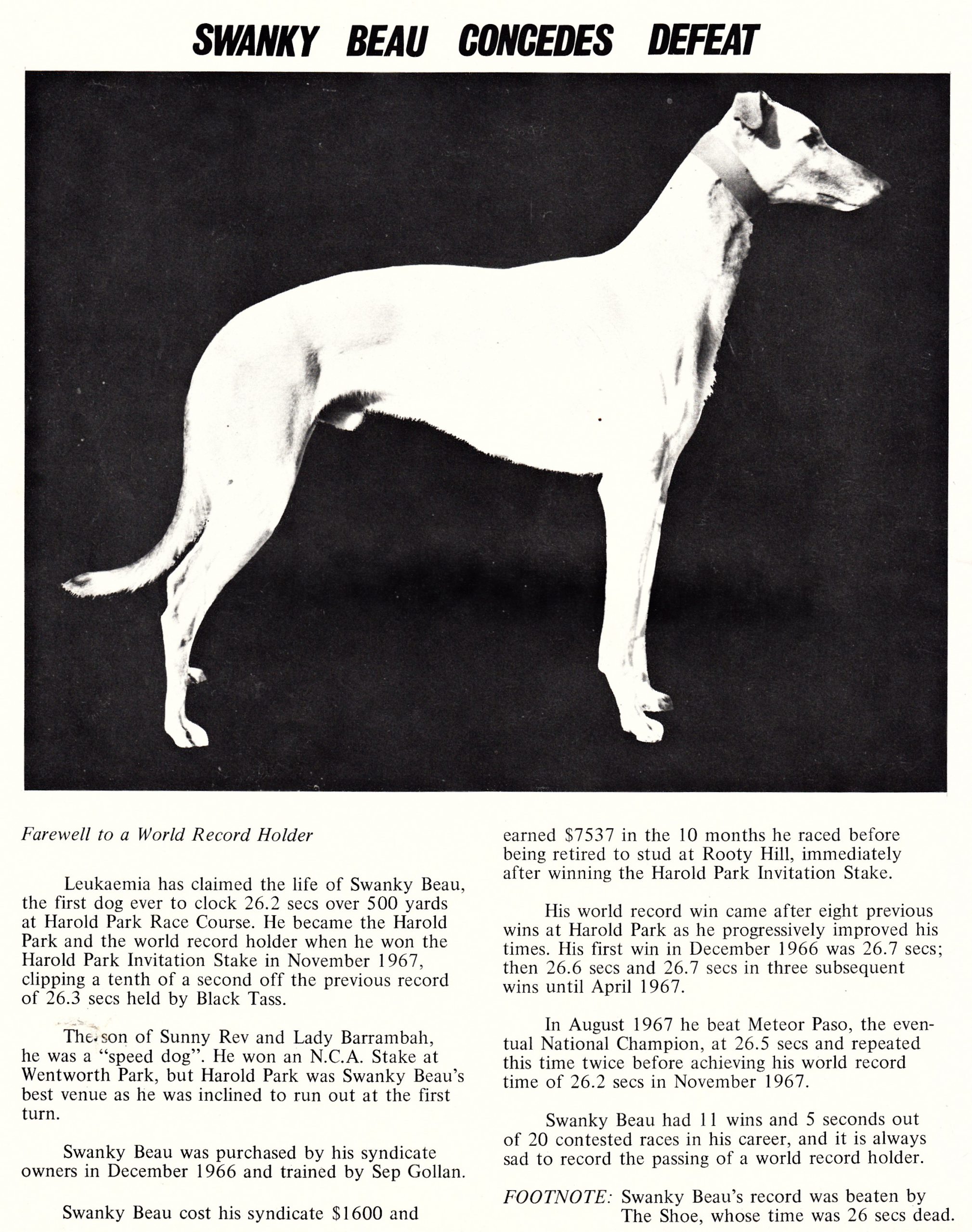