Check this footage I found on the University of Wollongong achieves site of the Track racing there in 1968.

Only ever went to Wollongong once in 1970 and it looked just like this. It was a nice spot the Showgrounds in the main street and right on the beach. That’s the 545-yard start.

Sandro Bechini– I remember Charlie Skarratt, the bookie, was a good m8 of my father who also fielded there

Jeff Collerson– Sandro Bechini So sad to see footage of Charlie who was murdered for the night’s takings. The 2nd bloke in the interview is the long term W’gong secretary Matt Byron. I used to go every Monday night. Leading trainers there were Neville Ballinger, Eric Gilroy and Roy Stanbury. Had a very noisy lure so everyone who had a non chaser used to go there.

Sandro Bechini– Jeff Collerson thats right, i remember that. Even alan chauncy used to make the trip regularly from Calga. His dogs were always well backed there.

John Reid– Eric Gilroy was a mate of our dad,as I remember the family lived in Albury ,

Sandro Bechini– Charlie Formosa he was a legend

Jan Griffiths– Thank you for sharing this!

Angela Modra– I haven’t seen the clip yet but I was there in 1968 with my greyhound LUFRA BOY I stayed with the Ballingers for quite a few months when I first went to race him in NSW , I was then 21 – 22 years old and was looked after by the Ballingers Like I was a family member, they were very special to me. 🌴😁😁

Angela Modra– Sandro Bechini yes Sandro I was never one to punt on dogs however I do remember the greats of that era. I can’t remember some of the names,but when they’re mentioned I do remember how good they were eg Amethyst Queen – Fara Flash – Sammy Sparrow, Zoom Top, the list is endless for that era. 🌴👍😁😁

Jeff Holland– Other great trainers who raced there were Trevor Black(shy deena), Winnie Waters(nimble twinkle), George Gram(Mrs Robinson), Clyde Keft(happy endo), Kevin Lewry(paso fashion), Joe Buckley(adventurist), My favourite dog there was Spot The Star, tremendous railer, but Mocacindy was the best I saw, she was Incredible.

Jeff Collerson– Jeff Holland George “Sonny” Gram was a champion jockey in China and left when the communists took over. He was tall but in China the racing was different. George once showed me his scrapbook from his riding days (he rode for the famous Sir Victor Sassoon who owned an English Derby winner). George bred Rookie Rebel

Jeff Holland– neil, I gave Paul Ambrosoli several tapes of full meetings from Wollongong, not sure what he did with them, but they were from the early 80’s, so likely quite dodgy.

Neil Brown– Jeff Holland I follow him up. He had a big clean last year when sent me all those stud cards.

Sandro Bechini– Neil Brown they would be great to see

Simon Rhodes– Greg Smith Raymond Robey I worked as a bookie there beside “chips” Skarrat and many other colourful characters “Porky ” Wylie , Selwyn Mc Fawn, Peter Healion etc, .Jeff ,how about Johnny Young, (Petite Panther), Digger Edwards(Quite Amazing) , Seppy Gollan(Swanky Beau),Eric Gilroy and how about “the Dapto Devil ” himself ,Doug Mc Mahon and his brother Jim, Siddy Holtz, Kind Kenny , and Harry Creig,acknowleded as one of the best judges ever.And we drank between races in the old RAS chicken pen orior to the new bar. Heady days indeed.

Jeff Collerson– Raymond Robey Kind Kenny, what a nice bloke. Someone told me once he could fight like a thrashing machine. Two of my favourite dogs were Jimmy McMahon’s Royal Rupert and Master Machine

Raymond Robey– Jeff Collerson Yes Pidge, Jim didn’t drink at all but Doug was great company at the bar,with his glass eyewinking at you.🍺I remember a match race between Sara Princess,trained by big Barry Wilson and Jobi Lass trained by a guy named Bill lestrange

Raymond Robey– They were both exceptional biches around the Gong.”Chrissy Missy” trained by Roy and Mona Stanbury was another who excelled there,and Neville Ballinger, i think had a dog named “Arrow Star” who was just that!

Jeff Collerson– Raymond Robey Freddy Stapleton told me the first time he fielded was at Lithgow. He had saved a bank of around $1000. When he got there the track was covered with snow and they announced unless people could dig off the snow the meeting would be cancelled. Freddy organised a working party and an hour later, sweating like a pig, Freddy proceeded to become a bookie. Naturally he knocked his $1000 off!

Jeff Holland– Raymond Robey they both worked there , as did Errol Warren, myself and Grant Hamilton. We made up the core of the twilight bookies ring, which was more profitable than Moss Vale even on its best day.

Brian Stephens– What about Brian stephens and all his Mia dogs

Greg Smith – all dogs chased at the gong

Sandro Bechini– It made Dapto look like Harold Park

Peter Dawson– George Clegg yes remember the Kilcoyne scandal. Knew digger pretty well. When he put his money on they invariably won. Ebony King was one of his best.

Denice Warren– Great track, Errol and I worked their as bookies over 44yrs ago they were the day’s

Jeff Collerson– Denice Warren Neville Ballinger was always hard to beat there as were Roy & Mona Stanbury. How great was it watching Roy & Mona have a blue in the betting ring or on the track. Terrific couple. Loved her

Reg Hazelgrove– Those were the days

Tony Cooper– Raced a dog called Futures Fashion there back in 1967. Finished 3rd.

Joe De Freitas– Tuesday night trials .. you could virtually park alongside the boxes over the short course. ( hill side )

Roz Evans– Jeff Collerson makes sense as greys are all about sight, sound and smell .

Joe De Freitas– Ian Rose same Ian . Was a gap under the corrugated back fence. Dad used to drop me off there then pick me up after the last race. Was underage so I used to get people I knew to put my bets on. 😂 great days/ memories. 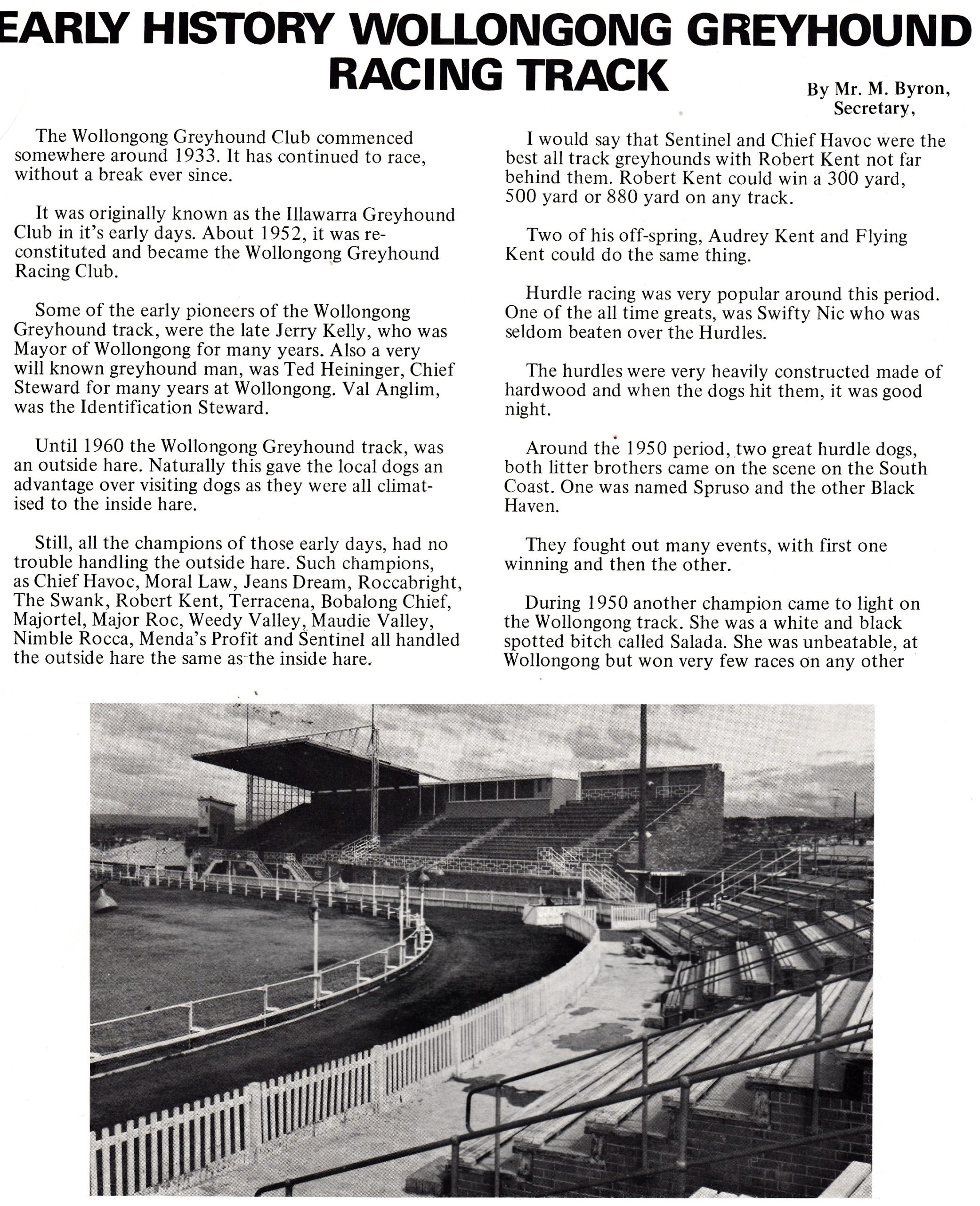 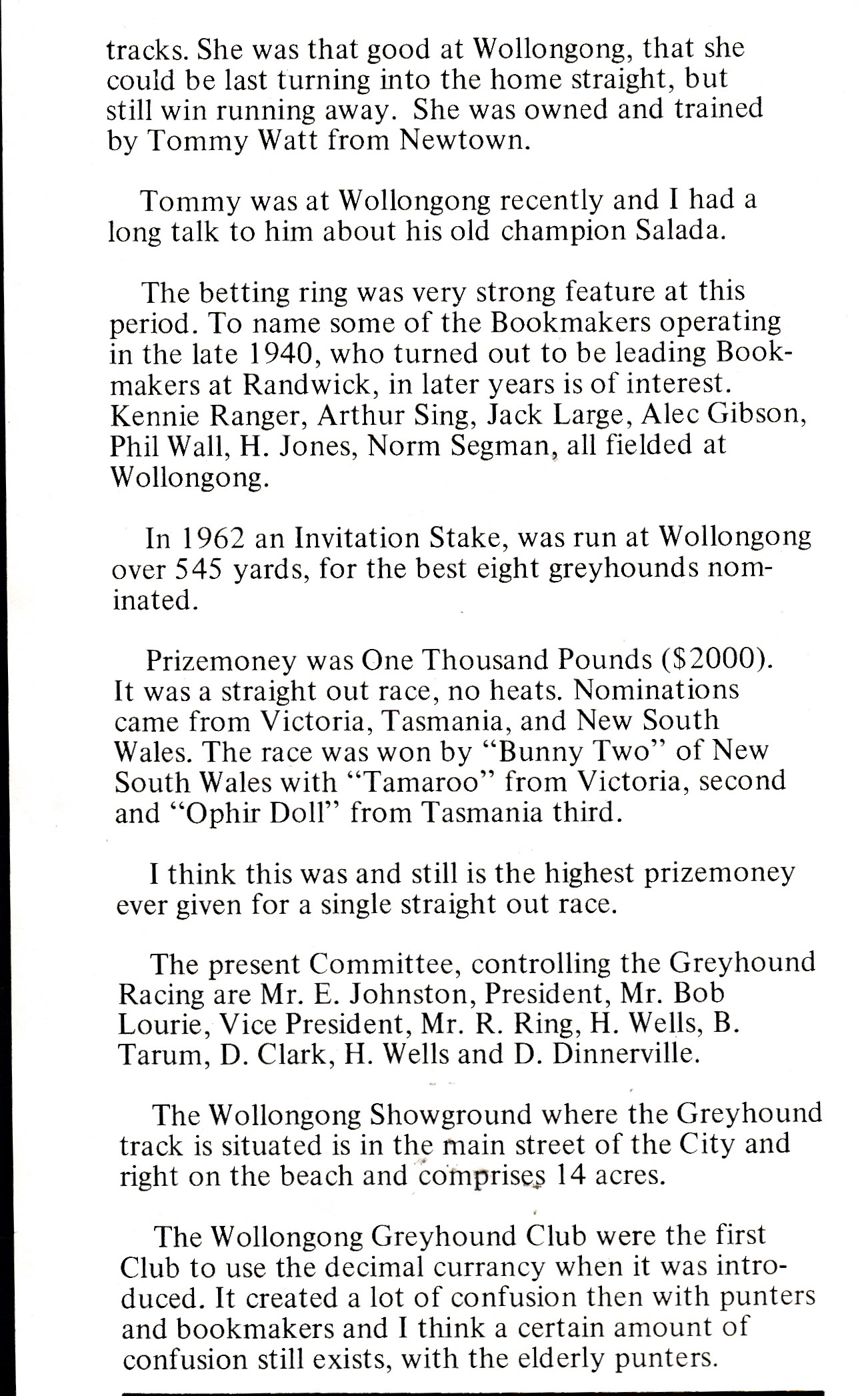 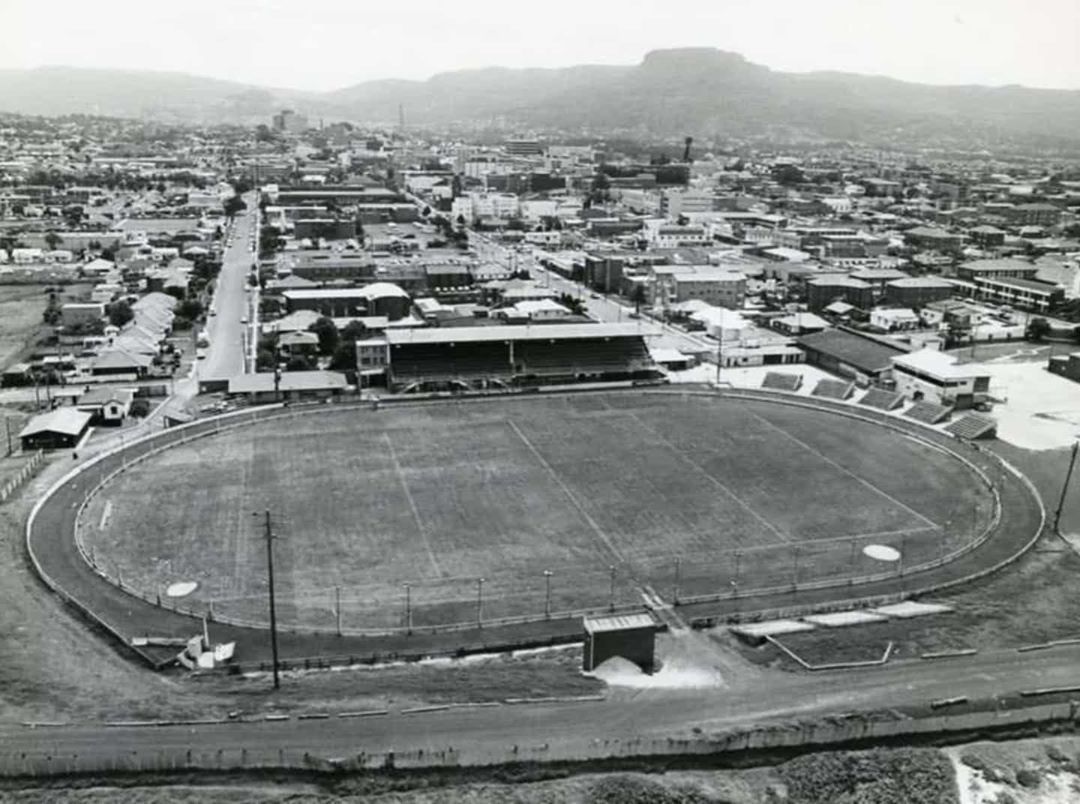